This is no hyperbole.  Calling someone a “Nazi” is, along with “Fascist” the most ignorantly over-used hyperbolic insult the Democrats can hurl at anyone they hate.

Like the insult “Racist,” they have divested these insults of meaning, as are schoolyards taunts, “You stink!” or yelling “Boo!” and hissing at a referee’s bad call at a football game.

Yet that is what the Democrat Party has become before our eyes in broad daylight.  The clinchers came this week.

On Monday (7/27), a group of medical physicians treating China Virus patients, America’s Frontline Doctors, gave a press conference at the steps of the Supreme Court in Washington.  When the video was posted on YouTube, within a matter of hours it had gained 13 million viewers and rapidly escalating.  Then Google’s owners of Youtube ordered it shut down.  Here it is on Bitchute:  https://www.bitchute.com/video/zr04GsUupOwk/

Then Google ordered every single link when clicking on the entry “America’s Frontline Doctors” to be a hysterical attack on the group and its advocacy of HCQ, the malaria medicine hydroxychloroquine, together with zinc and azithromycin, for treatment of China Virus.

Next, Google-YouTube conspired with Facebook and Twitter to not only shut down every FB page and hashtag of the group, but to erase the website https://www.americasfrontlinedoctors.com/ off the Internet. Click on the link and you will get this message display:

But it has not expired as shown by Heavy.com that ICANN’s registration doesn’t expire until a year from now.

The pathological hysteria of Democrats and their media/social media propagandists determined to demonize a medication that can prevent, help or cure a virus killing hundreds of thousands is Nazi-level evil.  Let’s be very clear here:  these Anti-HCQ maniacs want people to die from this virus.

They want to keep the lookdowns, mask submission, the ruination of millions of jobs and family livelihoods, and people dying to continue – all for one reason:  to gain fascist totalitarian power over everyone in America on November 3rd.

On Wednesday (7/29), Facebook’s Mark Zuckerberg and Google’s Sundar Pichai testified before a House Judiciary Committee about whether their market dominance violates antitrust laws.  Of course they do, just like Twitter’s Jack Dorsey.  What we need is a Nuremburg Trial of this Axis of Social Media Evil for their Nazi-level crimes against humanity.

They have so many co-conspirators we could easily add to the list of defendants in such a trial, starting with dozen of Pelosicrats and the scumbag airheads of most TV “news.”  But let’s not forget Big Pharma.  We had an instructive example this week.

On Wednesday (7/29), in the midst of a sudden surge of China Virus cases in Ohio, the Ohio Board of Pharmacy summarily banned the sale of hydroxychloroquine in the state, specifically targeting its use for treating “coronavirus.”

Now take a look at the members of the Ohio Board of Pharmacy.  Note that not one is a medical doctor.  Pharmacists can only sell prescription drugs, they cannot prescribe them.  What right do they have telling doctors what they can’t prescribe?  None at all of course.  But they they’re all on the Big Pharma payroll to let people die of the virus until a “vaccine” is found they can make billions on – so they issued the ban anyway.

Not so fast, said GOP Governor Mike DeWine.  Yesterday (7/30), he wrote the Board a public letter stating:

“I agree with the statement from Dr. Steven Hahn, Commissioner of the Food and Drug Administration, that the decision about prescribing hydroxychloroquine to treat COVID-19 should be between a doctor and a patient.  Therefore, I am asking the Ohio Board of Pharmacy to halt their new rule prohibiting the selling or dispensing of hydroxychloroquine or chloroquine for the treatment or prevention of COVID-19.”

The Pharmacy Board caved within hours, formally withdrawing the ban.  One small victory in the fight against evil.

There was another such victory in Congress this week.  On Tuesday (7/28), Congressman Jim Jordan and Attorney General Bill Barr tag-teamed to take down the obnoxious little moron now chairing Senate Judiciary.  Nadler is such a short (5’4”) tub of lard (240 lbs) his nickname on the Hill is “Teapot.”  So moronic he insists on claiming that calling the BLM/Antifa rioters in Portland “violent” is a “myth”:

Jim Jordan exposed the real myth of the Dems that the rioters are “peaceful protestors” by showing this video:

What you see are people in our country turning into proto-hominids, human garbage.  They are Stormtrooper Nazi Brownshirts run amok.  And the Democrat Party, the Democrat Media, and Democrat Social Media are all on their side, rooting for them to destroy America – and you and me personally if we dare stand against them.

As an aside, there was a most entertaining moment when some Dem bimbo snarked at Jordan’s “conspiracy theories,” he defended himself, whereupon Dem Jamie Raskin yelled at Jordan, “Put your mask on!”  Big mistake, Jamie.

Jordan instantly shot back, “Mr. Raskin, you want to talk about masks?  Why would the Deputy Secretary of the Treasury unmask Michael Flynn’s name?”

Then came the Attorney General.  Here’s an example of how the Dems treated him with such infantile churlishness you have to see it to believe it:

When Little Miss Scatterbrain, Madeleine Dean, tried to go after him, he laughed at her – gotta love it:

Here’s Barr’s fiery refutation of the “peaceful protestors” being brutalized by fed troops as the Dems charge:

After four hours of this puerile nonsense, Barr asked for a five minute break – to which Teapot merely said, “No.”  To which the Attorney General responded, “You’re a real class act. Mr. Chairman, a real class act.”  Enjoy:

How cool is that?  Attorney General of the United States William Barr is the HFR Hero of the Week.

Yesterday (7/30), funeral services were held for Dem Congressman John Lewis, who died at age 80 a week ago.  Delivering the keynote eulogy was, as Tucker Carlson put it last night, “One of the sleaziest and most dishonest figures in the history of American politics,” who had the temerity to compare police in America today to Bull Connor (a Democrat, which the eulogist neglected to mention).

Who would that eulogist be?  Let Tucker explain:

Zero also used the funeral to bash his successor and call for cheat-by-mail voting.  Another Dem real class act.

Which brings us to America’s Troll Master, who always knows exactly when, where, and how to freak out all Demtards and Woketards into a total bananas frenzy.  Yesterday (7/30), he tweeted:

Media Meltdown City.  With their amygdalae in charge of their pre-frontal cortexes, it never dawns on these dumbos El Donaldo is playing them like a Strad.  Oh, you don’t want me to delay the election?  Really?  OK, no problem – that leaves me no choice but to eliminate mail-in voting as a national security issue.

Relax, watch the show, and make sure your popcorn is amply buttered.

OMAS News of the Week (as in, Oh My Aching Sides).  On Wednesday (7/29), AP reported that over 100 police departments in Wisconsin and others states are now refusing to provide security for the Democrat Convention in Milwaukee August 17-20.

You’re on your own, Defund-the-Police Demtards.  Your convention will be Chicago 1968 chaos on steroids.

Skye’s links.  Skye is kind enough to send me links of the week he thought TTPers might like to know about.

Wonder why:
Reaction to Sports Promotion of BLM Is More Negative Than Positive

What to do about Portland?
Let It All Burn (Or Not)

Amping up the discord:
Electoral process under attack from abroad nearly 100 days before Americans hit the polls

On that last, we discussed this morning how Russia and China will be planting shoals of red herrings “leaked” to the media how they are helping Trump get reelected.  They are as desperate to destroy America as the Democrats.   As Hitler hated Jews and Stalin hated Ukrainians, so the Dems hate you and me, normal Americans, and are waging a Jihad against us and our country.

There are Normals who have the courage to stand up against the Fascist Mob.  Pittsburgh Steelers’ Stephon Tuitt is one, who refuses to kneel during the anthem.  Another is legendary Chicago Bears’ coach Mike Ditka, who says to the kneelers of whatever sport: “If you can’t respect our national anthem, then get the hell out of our country.”  Exactly: 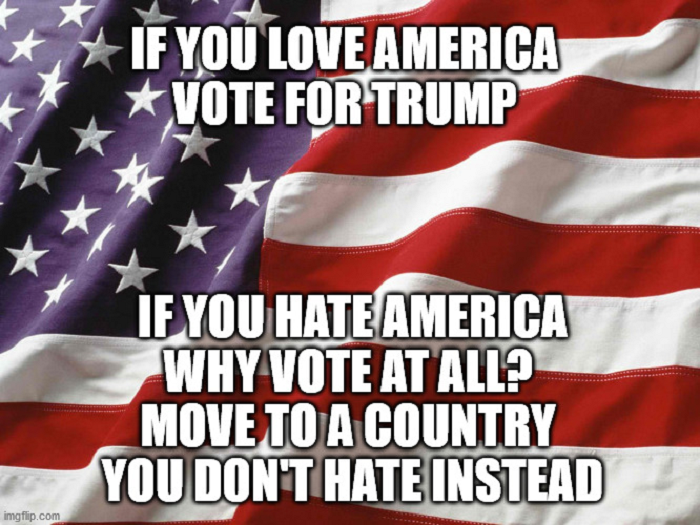 All we want is normal again, a normal country, a normal life.  Everything the Left touches turns to feces, look at what they’ve done to sports.  So we’re going to relive a thrilling moment when baseball, like every other sport, was normal.

It was October 15, 1988, Game One of the World Series, the LA Dodgers vs. the Oakland A’s in Dodger Stadium.  Ronald Reagan was President, we were winning the Cold War, the bleachers were filled with patriotic Americans living normal lives.

As one sportscaster described it years later:

“This, boys and girls, is that rare perfect moment in life, where everything comes together. The biggest stage. The best players on the best teams. Kirk Gibson, an MVP who could barely walk, coming in to face the future Hall of Famer and best reliever in the game at the time, Dennis Eckersley. And the immortal Vin Scully calling the action.

Enjoy this moment without nostalgia, realizing we can have moments like this normal again, living normal lives once more.  All we have to do is not let anyone stand in our way towards normalcy.