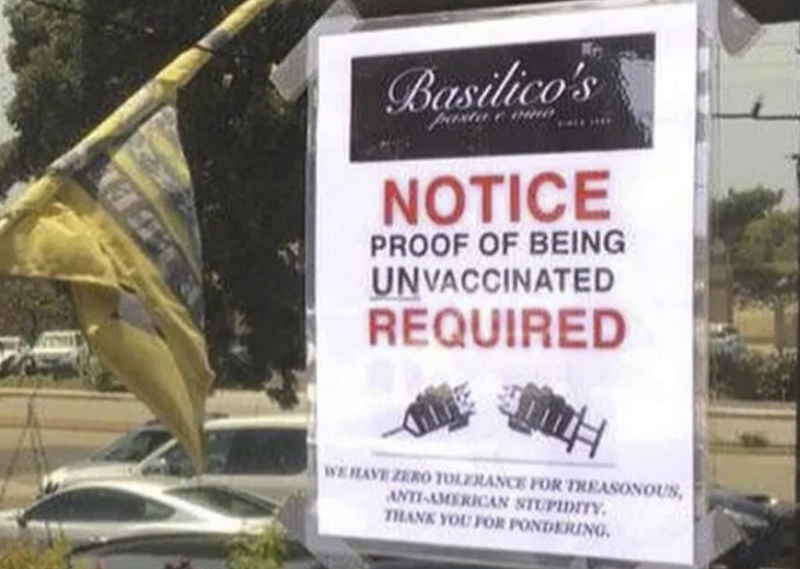 Owner Tony Roman put up the sign over the weekend, to which the LA Times responded with a snarky hit piece on Monday (7/26). Tony fired right back on Facebook:

“Los Angeles Times prints an article about us, and again here come the haters, and with it, the harassing nonstop phone calls, threats, and hundreds of one-star reviews. And guess what? We at Basilico’s Pasta e Vino wear it all as a badge of honor!

Attention: tiny tyrants, wannabe little dictators, pro-lockdown/pro-mask/pro-mandatory vaccine mini-Gestapo American traitors and snitches, and yes especially ‘Gavin Pelosi’ and ‘Stronzo Fauci’ … We feel blessed to go into battle against all of you in defense of American liberty and freedom, so bring it on!”

Go, Big Tony!  Is he the hands-down HFR Hero of the Week or what? 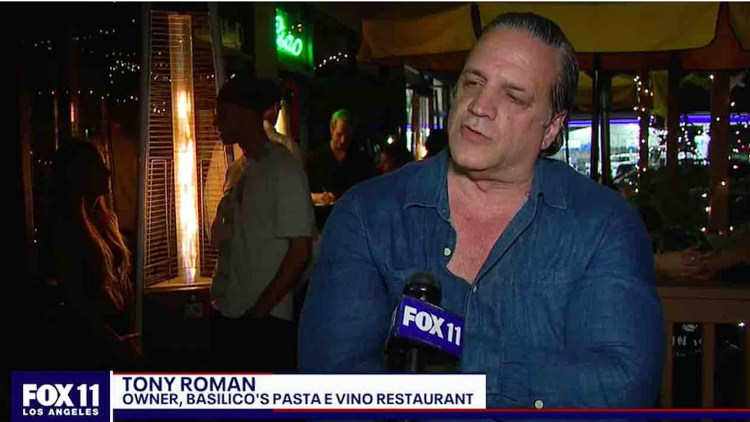 Let the Mask Wars begin!  It’s a war we will win.  Tony is no outlier.  He’s been fighting the Mask Wars from the get-go, famous in LA for defying restaurant mask mandates and his huge billboard on La Cienega Blvd, a take-off on the iconic “Leave the gun, take the cannoli” scene in The Godfather: 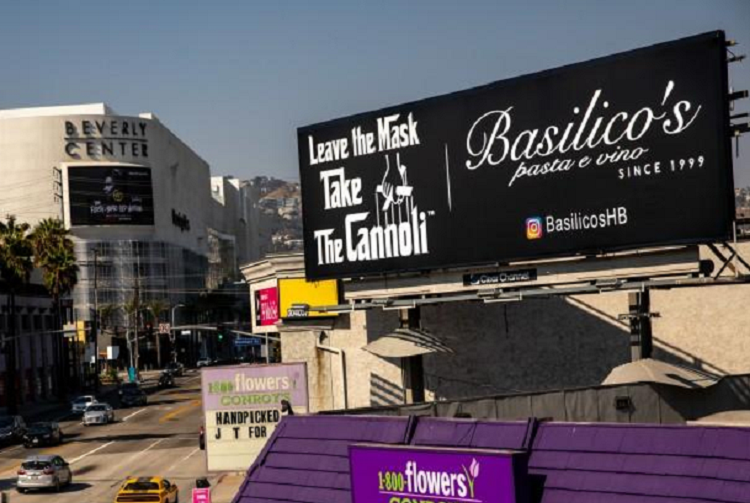 And he’s well aware Americans have reached Peak Mask this week.  Yesterday (7/29), Crazy Nancy issued an edict for Capitol Hill Police to arrest Congressional Staffers not wearing a mask.  That she jumped the shark could be seen in GOP staffers’ reaction: yesterday evening they had a maskless party in Capitol hallways.

Then over 50 GOP Members along with staffers marched maskless to protest the lunacy by chanting to Pelosi, “Kiss my mask”: House Republicans defy Pelosi’s orders, march maskless to Senate floor, tell her to ‘kiss my mask’.  Here’s Chip Roy (R-TX) on fire on the House Floor:

TTP this week ran Masked Madness, and Dr. Foxx’s The Inconvenient Truth of Masks and Social Isolation.  What is now emerging, at last, is a rebellion against this:

Now we are becoming free to express our refusal to participate and comply by paraphrasing Queen’s We Will Rock You: 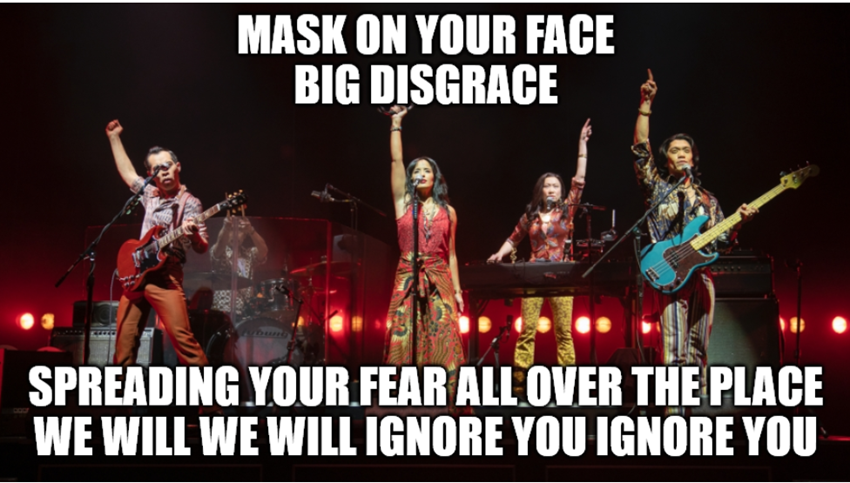 Better be sitting down and don’t be holding anything spillable when you see what’s coming next – how Tucker went downtown on Peak Mask last night (7/29).

He zeroed on our porcine Secretary of Defense Llyod Austin arriving in the Philippines looking so bizarre-o Tucker asked how long it will be before he’s “wearing surgical gloves in the shower and zip-tying garbage bags around his feet? The US military is being run by a neurotic cat lady” –

So nationwide lockdowns are coming in state after state while countless covid-infected illegal aliens flood across our open border to be distributed across the country by the Xiden Regime on purpose.  Tucker last night called this a “Scandal for our age.”  There is another name for it:  Treason – deserving of capital punishment.

Branco can poke accurate fun at the evil of this hypocrisy… 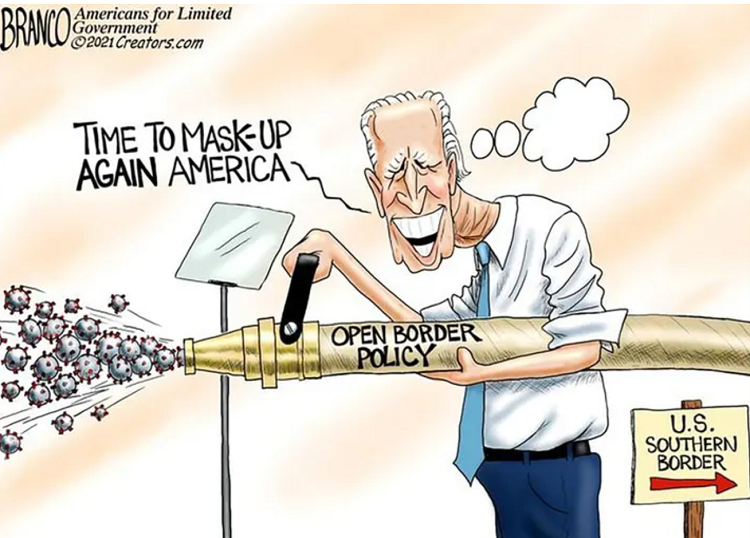 But it is high time to disobey, defy, and refuse to comply.  And move out of a blue state

That means to a red state.  Texas or Florida, for example.  Texas’ Abbott and Florida’s DeSantis are in competition to be the coolest govs in the country. Both from yesterday (7/29): 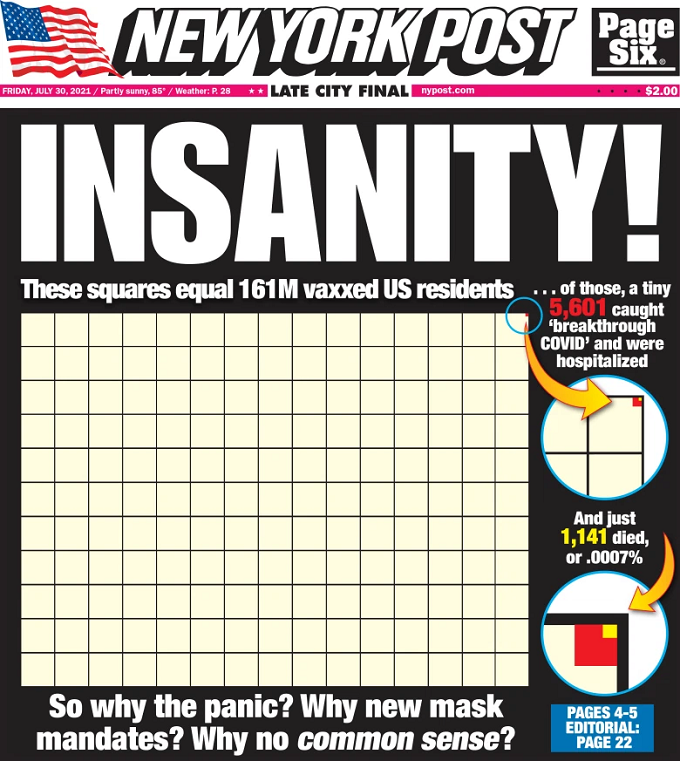 Critics Cast Doubt On Alarming New Delta Variant Findings From CDC is the headline.  You can just imagine the explosion when everyone with 3-digit IQs connects this with a Xiden attempt at a nationwide lockdown and forced vaxxing. This, says the NY Post: 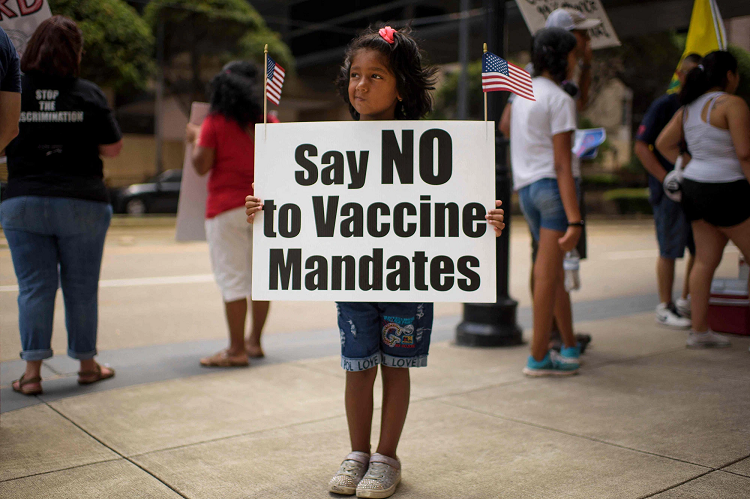 Now we get practical.  For some time now, smart college kids have been having “Get Covid Parties.”  That’s right – they hug, kiss, party with infected friends wanting to get it on purpose, because a) being young, symptoms will be mild or non-existent, b) they’ll get antibodies for natural immunity.

So let’s talk about how you can do the same.  The caveat is the older you are, the more co-morbidities will do you in – like obesity, heart disease, smoking, et al.  So if you are elderly  and have any of these conditions, then don’t try getting covid on purpose.  However, if you do get it, then here’s a Five-day protocol to use early, at first symptoms like loss of taste and smell.

First, put together a basic nutrient regimen.  Take with all 3 meals, breakfast, lunch, dinner or 3xday, for five days:

I have linked to where I get certain nutrients.  Others you can get via Swanson or your local GNC.  Life Priority offers a formula that comes closest to having all the above: V-Guard 2.  You have to take a lot, 3 caps 2xday, but their products are absolutely first-rate.

A word, by the way, on NAC.  I have taken NAC daily for many years for it has a wide range of solid benefits.  Now there’s evidence that it breaks spike proteins in half.  This is especially important for those of you who have already had the jab with those little critters all inside you as a consequence.

Third, Ivermectin: 12mg 1xday (possibly 2xday) for 5 days.  FYI, last Saturday, 7/24, was World Ivermectin Day.  Lots of info in the link about this extraordinary medication that can cure the Chicom Virus.

Contact Frontline Doctors to locate a physician who is able to prescribe HCQ and Ivermectin, and advise you on the best protocol for you.  Do your research, study the Frontline protocols, and work with your doctor before you try for natural immunity.

In June of 2009, protests throughout Iran threatened to overthrow the hated mullah regime.  Iranians called upon the American president to support them – after all, he had three Moslem names – but it turned out he was on the mullah terror masters’ side.

For the past two weeks, massive protests against the Mullah regime have begun anew.  Starting in oil producing region of Khuzestan on the border with southern Iraq, protests have now spread across the country, to Isfahan in the center, Tabriz in the northwest, and in the last few days to Tehran.

Once more, the people of Iran are crying out for freedom from mullah tyranny.  And once again, the occupant of the White House is on the mullahs’ side.

It is the same with Cuba.  China Zhou hasn’t lifted a finger for freedom in Cuba.  Doing the bidding of his masters in Beijing, he’s on the side of the Cuban Communists.

Just maybe, the Cubans and Iranians can gain freedom on their own – but, let’s face it, the odds aren’t good.  Two other tragic costs of letting those who hate America get away with stealing the American presidency.

It is of course, a tragic treasonous evil farce to have a White House controlled by Chinese Communists.  But the Chicoms aren’t the Masters of the Universe they pretend to be.

Consider this from Zero Hedge on Tuesday (7/27): Chinese Massacre of Stocks Spreads To Bonds, FX Amid Rumors Of Foreign Liquidations.  The Chicom economy is a house of cards built on sand – far, far more than ours.  Debt is three times the US’ as a percentage of GDP.  They continue to age, and will get old before they get rich as a percentage of their population.

VDH’s China’s Feet of Clay this week (7/27) in TTP is an absolute must-read.  POTUS had the brains and moxie to stand up to them – and hopefully, in the not too-distant future, he will be in a position to do so again.

“This is what the average American sees: unpoliced urban crime, a nonexistent southern border, rampant homelessness, the Delta variant and vaccination hesitancy, federal confusion about who should wear masks when or where, store owners telling customers that workers prefer the Biden stay-at-home federal payments, and prices going up.

And there’s Joe Biden himself… an unfixably imperfect messenger for a message that on any given day is half-baked (the border, Covid masks) or overbaked (“human” infrastructure). He chose to go along with the Washington-based takeover of his party by the arriviste left. Result: He has fallen fast to way below 50% approval. He is sinking. How long will his old pals, the moderate Democrats, hang on for the descent?”

Not to mention he is senile, corrupt, treasonous, and stupid as a tree stump.  Oh, and he, his ersatz presidency, and Dem Party is screwed on inflation.  This, from yesterday (7/29) is revelatory: Leaked Democrat Memo Warns Party Hurt by Biden Inflation.

Watch as this 15-second GOP attack ad on one vulnerable Dem (Cindy Axne of Iowa) that could be applied to them all.  Bidenflation cannot be disguised or avoided or scapegoated.

In short, all the Dems have to offer in 2022, and all they will be offering between now and then, is fear, suppression, fascist control, non-stop covid-infected illegal flood, bidenflation, crime and lawlessness, anti-white racism, and overall dismantlement of everything American.

How can they possibly hope to not get completely wiped out electorally in November ’22, especially with their micro-thin majority now?  You know the answer: their only single hope is to cheat like they did last November.

Thus on Wednesday (7/28): DOJ Indicates It Might Sue States Returning To Pre-Pandemic Voting Regulations.  Yet the Constitution explicitly disallows any such threats, for such regulations are in the total purview of state legislatures.  The DOJ is irrelevant.

That’s where the fate of our country lies.  And I believe with all my heart enough state legislatures will be adamant in not allowing the election theft of 2020 to be repeated in 2022.  This insanity will stop.  The common sense and decency of normal Americans will prevail.  We just have to ride out the storm of the coming months until the sun shines again.