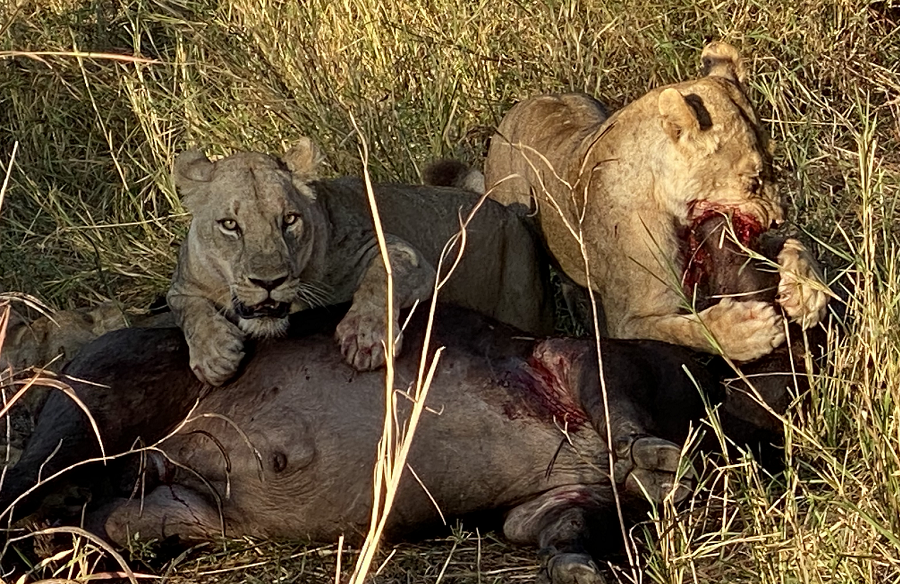 It is noon Friday (7/16) here in the South Luangwa region of Zambia.  Late Wednesday afternoon a pride of lions took down a young male Cape buffalo.  You can see the lioness on the right smothering the buffalo to death with her jaws clamped upon its mouth.  It struggled in vain, and the entire pride of five adults and four cubs began feasting upon it while still in its death throes.

By this morning there was literally nothing left.  After the lions were fully engorged came the hyenas and vultures, not only picking the carcass clean until its bones were white, but the hyenas with their incredibly powerful jaws eating and ingesting the bones and hooves.  One hyena made off with the skull and horns.

The scene I am now gazing upon as I write this is the opposite of what is pictured above.  It is deeply peaceful and quietly serene.  Two hippos are lazing in a lily-covered pond.  Impala antelope and a half-dozen zebra are calmly grazing in the tree-dotted grassland beyond, accompanied by a few warthogs and a small troop of baboons.  Two giraffe are browsing among the trees in the distance, while a mother elephant and her calf are slowly striding past the edge of the forest.

Yet they all must be alert, for danger can instantly arise.  At the slightest warning, the impala and zebra will freeze to stare in the direction of the warning, ready to do whatever needed to save their lives from predators.  That’s life’s lesson in Africa.

It’s a lesson that is easily lost in the domesticated safety of civilized society, resulting in unawareness of the grisly lethality of human predators always lurking within it.  Societies, cultures, and nations then don’t realize the danger until it is too late, and end up like the buffalo.

Clearly, America is facing such a fate at this moment in history.  International predators such as Communist China and domestic predators such as Democrats morphing into Nazi Fascists are making an all-out attempt to engorge our country.

Yet that fate is not pre-ordained and is far from certain.  Most importantly, we are still in a stage where prevention can be political and not kinetic.  We still have a rule of law with governors using the 10th Amendment to stymie the lawlessness of Washington federalie fascisti, and civil disobedience to thwart their edicts.

Thus the critical realization right now is one of morality.  That we have suddenly been thrust into a mortal struggle of good versus evil, of life or death.  The American Left, the Democrat Party, Establishment Media and Big Tech, Academia, and even the Chairman of the Joint Chiefs of Staff at the Pentagon have chosen evil and are striving to murder their own country.

They must be stopped – and while there is still time to do so in state capitals, city councils, school boards, and citizen disobedience.  For when that’s too late and the only recourse is to lock and load, violence makes history go sideways in a split second.

When violent kinetic civil war erupts, too many will prefer security and submission over freedom.  And once freedom is truly snuffed, it can take generations to recover it if ever. Freedom has been extinguished in Cuba for over 62 years, and only now since last Sunday (7/11), is there a nationwide attempt to regain it.

Ereyesterday (7/14), the Fox headline was: Cuba crackdown reportedly does little to shake protesters’ resolve; ‘spark has been lit’:

“’The spark has been lit, ladies and gentlemen,’ Yoani Sánchez, a journalist in the country, says. ‘There’s no turning back. People felt what it’s like to scream freedom in the streets of Cuba’.”

What happened yesterday (7/15) may be critical.  The most ruthless dictators know that to stay in power they must never show any weakness.  Castro has been dead for over four years now and his brother Raul is 90, run of the mill Commiecrats are in charge and not knowing what to do showed signs of weakness: Cuba lifts tax on some imports after unrest; protesters say, ‘We don’t want crumbs’.

The more such crumbs are offered to appease the protestors, the more will they be rejected.  Keep your fingers crossed that the Cuban people will finally lose their fear of the tyranny blighting their lives and be free at last.

If they do, one immediate consequence will be the collapse of the Maduro tyranny in Venezuela.  What keeps it in power are the massive number of Cuban secret police – who will quickly get their throats slit should the Castro regime fall.

Of course, the Dems are showing their true Commie colors in response: 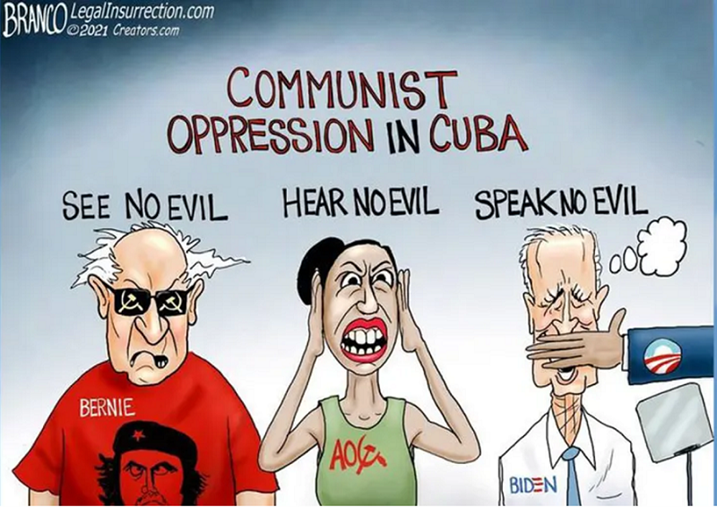 Love Obama’s hand over Xiden’s mouth.  As for BLM:  BLM Shows Its True Colors in Statement of Support for Communist Government of Cuba.

We Americans are in the same struggle against evil as are Cubans.

The great advantage we have over Cubans is our freedom to ridicule and counter-argue.  Two examples this week:

*Check out just-launched alwayswokeacola.com. It’s full of funny yet accurate criticism of the hyper-woke execs who run Coca-Cola.  “Serve Your Customers Not Woke Politicians” is its motto.  Here’s their latest video:

*Buy this just-published book: An Inconvenient Minority: The Attack on Asian American Excellence and the Fight for Meritocracy by second-generation Chinese-American Kenny Xu.

His book is a devastating refutation of Critical Race Theory, White Supremacy, and America’s alleged “Systemic Racism” – the entire kit and kaboodle of Identity Politics the Left uses as a replacement for class-based Marxism as its path to power. As Kenny says:

“Asian Americans are an ‘inconvenient minority’ to the liberal media because as their community succeeds based on merit alone, they debunk the critical race theory narrative that opportunities of non-Whites are limited because of systematic racism in the United States.

Asian Americans prove that critical race theory is not true, cannot be true, having never needed politics to succeed in this country. They just want to be treated based on merit. The whole idea of critical race theory is developed by saying, ‘Hey, our laws, our society, our structures are inherently stacked against people of color.’ Asian Americans prove that, even in the face of whatever racial narratives that you’re in, you still can succeed, that this country is the land of opportunity.”

Now log on to ColorUsUnited.org, of which Kenny is president, to help his mission to achieve a race-blind America.

“Color Us United is a home for those who want to live in an America united in our individuality and freedoms. We will support those who fight for a united and free America.

We are the voice of those who oppose dividing America by race, religion, sexual orientation or any other characteristic. We resist those who divide Americans in the name of “racial equity” — in government, schools, corporations, journalism, or social media.

We will promote ‘We the People of these United States of America’.”

Kenny Xu is the HFR Hero of the Week.

I have such a great group of TTpers with me on Africa Dream Safari – and among them is TTP’s very own cybersecurity wizard, Tex Manchester.  I asked him what advice he has for you now.  Here he goes:

While enjoying the amazing Safari in Zambia with Jack, I was asked “Tex…what can the average person do to help protect them against government spying?” So for this week’s HFR I thought it would be good to briefly discuss some key areas and then explore them more deeply in a future article.

The short answer to his question is:  You can only keep raising the bar of difficulty and manage the risk.

In my first two columns, “A Clean Start” https://www.tothepointnews.com/2018/07/a-clean-start/ and “Eliminating the Man-in-the-Middle” https://www.tothepointnews.com/2018/09/eliminating-the-man-in-the-middle/, I explore the two most important ways to do just that, be it an amateur attacker or nation state-sponsored surveillance.  Keep your computing devices clean, and use good cyber hygiene especially when traveling to another country.

However, in today’s increasingly combative political environment between rising Fascism by government and the citizenry, people politically conservative or who hold contrarian positions to “The Science” risk their livelihoods by simply exercising their right to Free Speech. So, to protect yourself from busybodies up to professional surveillance:

Don’t discuss anything related to these groups within 100 feet of such devices.  In short, use the standard that if serious harm would occur should someone against your movement overhear or capture electronically your messages…don’t communicate it electronically.  If that isn’t possible, use secured email and messaging while following the practices outlined in my first 2 articles.

We can discuss more later when off safari 🙂

Before we close, I must express my deepest appreciation to Yasuhiko for his HFR last week that so many TTPers on the Forum called “brilliant.”  It certainly was – and hopefully, Yasuhiko will continue to share his wisdom and insight with us all in the future.  Thank you so very much, my friend.

In closing, I thought I’d share with you four memorable Africa moments.  Every human being who has ever lived or who is alive today has an ancestry that originates in Africa.  It is a place that resonates with your soul like no other on Earth.  I hope you’ll experience it with me when I’m next here. 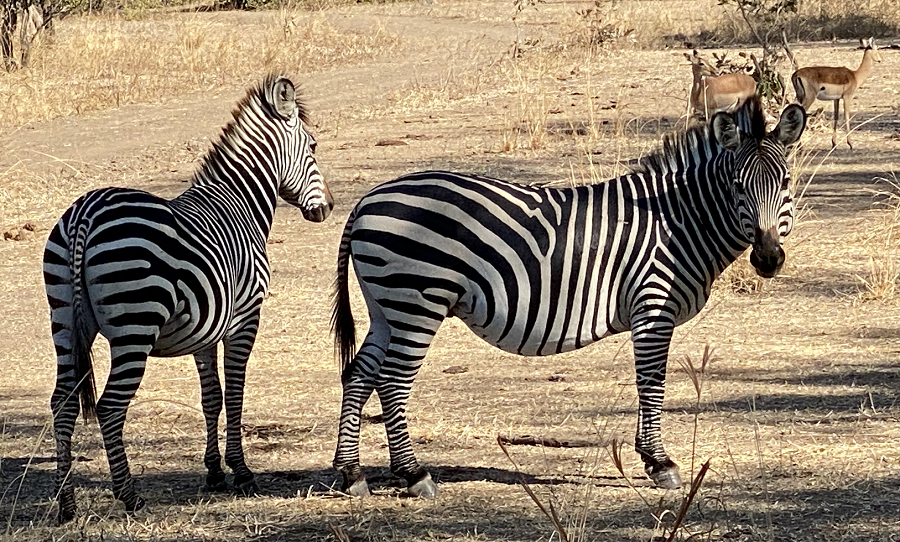 Is a zebra white with black stripes or black with white stripes? Yes, he is. 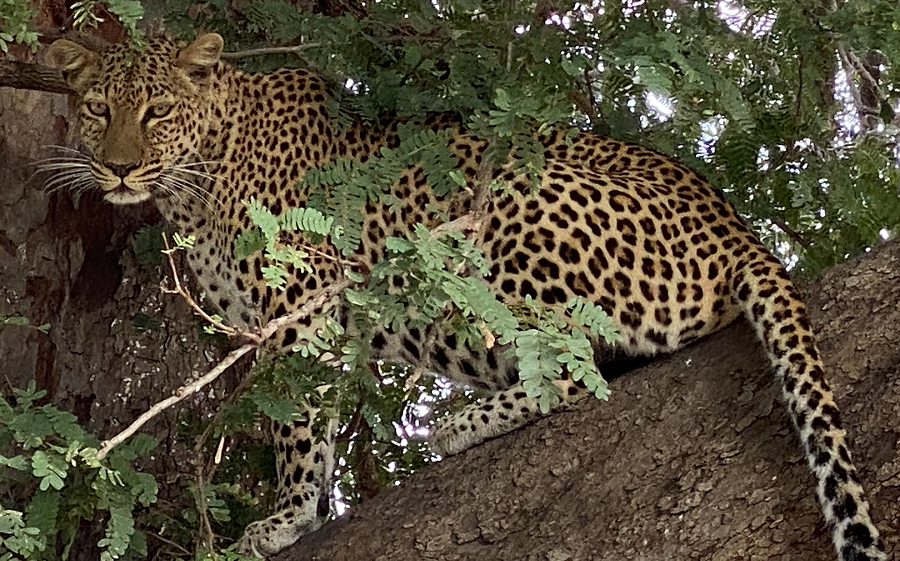 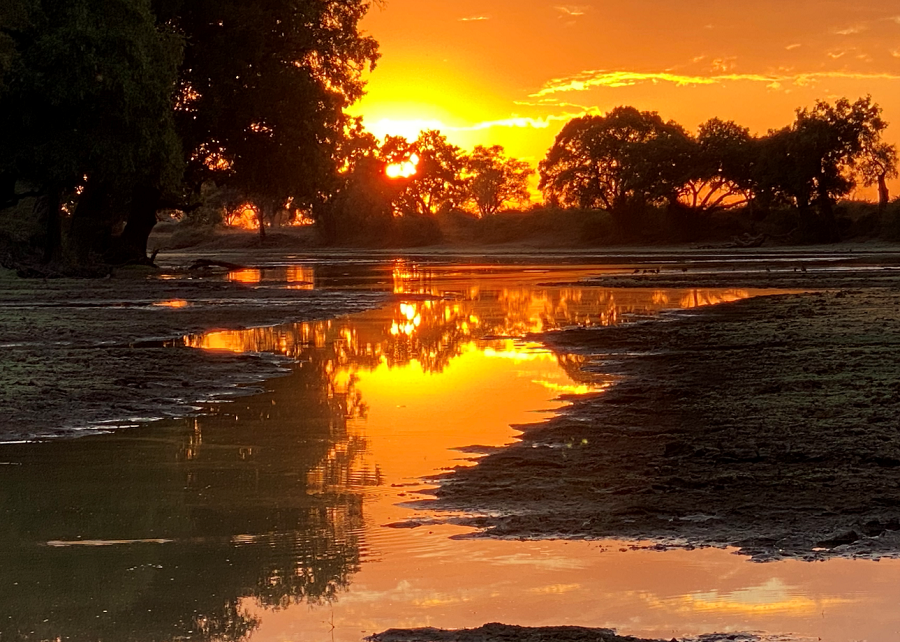