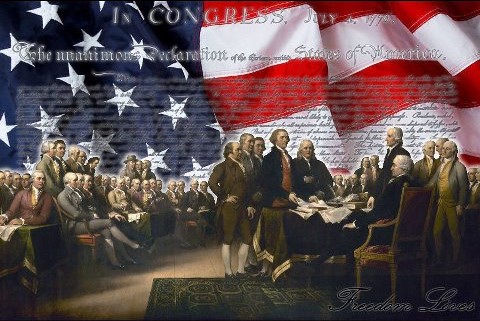 Jack Wheeler is giving some lucky TTPers a tour of lovely Portugal today, so he asked me to fill in on the HFR.

This was a week in which most of us celebrated the birth of our country, gave thanks to those who gave us our freedom and those who’ve fought to preserve it, thanked our lucky stars that we’ve Americans. But Democrats mourned on the 4th of July.

No really big news broke this holiday week, but there were harbingers of big shoes soon to drop, starting Monday.

More than 20,000 Americans work for Immigration and Customs Enforcement. How many ICE agents do you think will vote for Democrats this year?

If you were a normal who tried to visit the Statue of Liberty on the Fourth of July, how well disposed would you be toward these jerks?

Ten people have been arrested after unfurling an 'Abolish ICE' banner at the Statue of Liberty, a law enforcement source tells us https://t.co/BHdqsvDv3j

Democrats have interrupted their faux handwringing over the poor children they say are being separated from their parents at the border to fret Trump’s Supreme Court nominee may diminish opportunities to kill unborn children.

Democrats needed a narrative change. While they and the Lying Swine were banging on him, the president’s job approval rose, especially among Hispanics.

A plurality in this Harvard-Harris poll disapproved of Trump’s handling of immigration. The constant, blatant lying about family separation had an effect.

But 70 percent said they want stricter enforcement of immigration laws; 64 percent said those who cross the border illegally should be sent home, and 60 percent support “a combination of physical and electronic barriers across the U.S-Mexico border.” (AKA, “the Wall.”)

In two other recent polls, just 20 percent supported the Democrat policy of “catch and release.”

If the truth catches up to leftist lies about family separation, and Mexico’s new Commie president follows through on his threat to herd millions of his countrymen to the border, opposition to open borders will become ferocious.

If President Trump were worried about Special Counsel Robert Mueller, would he be planning a summit meeting with Russian President Vladimir Putin?

Why is Trump going to meet with Putin?

My guess is to put a cherry on top of a deal to end the civil war in Syria.

Trump will pretend the peace deal is partly Putin’s idea, to save face for him. But the truth is we, the GCC (especially), and the Israelis kicked their butt, and Iran’s too.

If in a few weeks the fighting does end, could this generate another nomination for Trump for the Nobel Peace Prize? Leftist heads could explode. 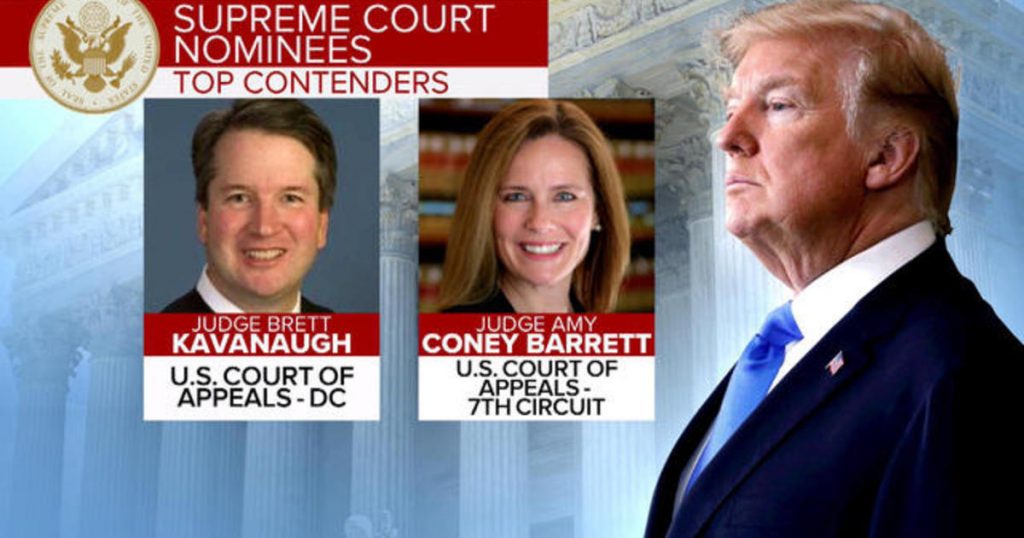 Democrats and the Lying Swine snipe heavily at Barrett, because she’s young, pretty, a Catholic who takes her religion seriously, and who doesn’t think Roe v. Wade is written in stone.

Some conservatives diss Kavanaugh because he’s a Bushie, wrote an opinion that appears to support Obamacare.

Concerns about Kavanaugh are overwrought, say others. His opinions indicate he’s an originalist like Neil Gorsuch. William Jacobson of Legal Insurrection makes the case for Amy Barrett here.

I’ll be pleased with whomever the president chooses. I don’t think it’ll be either Kavanaugh or Barrett. Their names may have been leaked to give leftists rabbits to chase. All warfare is deception.

Of all the judges on Trump’s list, Barrett would be hardest to confirm, because pro-abortion GOP Sens. Susan Collins and Lisa Murkowski are most likely to defect over her. But they voted to confirm Barrett for the 7th Circuit, as did Dems Joe Donnelly, Joe Manchin, and Tim Kaine.

Either Mitch McConnell will have the votes, and Trump’s nominee will be on the Court for the start of the October term, or Cocaine Mitch will pull the vote down, and Trump’s choice will be confirmed in January. (The GOP is likely to gain at least 4-5 Senate seats in the midterms.)

The likelihood Trump’s choice will be confirmed no matter what they do increases the odds Collins and Murkowski will stay onside. According to this poll, 62 percent of Americans want Trump’s nominee confirmed this year. 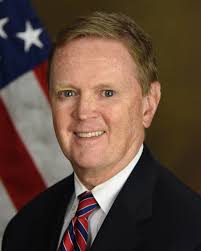 A civil servant for 27 years, Schools was appointed to his current position by former Deputy Attorney General Sally Yates. It isn’t clear whether leaving is his idea, or Sessions’.

It was Schools, not Rod Rosenstein, who authorized the Mueller probe. He will be replaced by Bradley Weinsheimer, also a career DOJ official. Weinsheimer will have no role in overseeing Mueller. 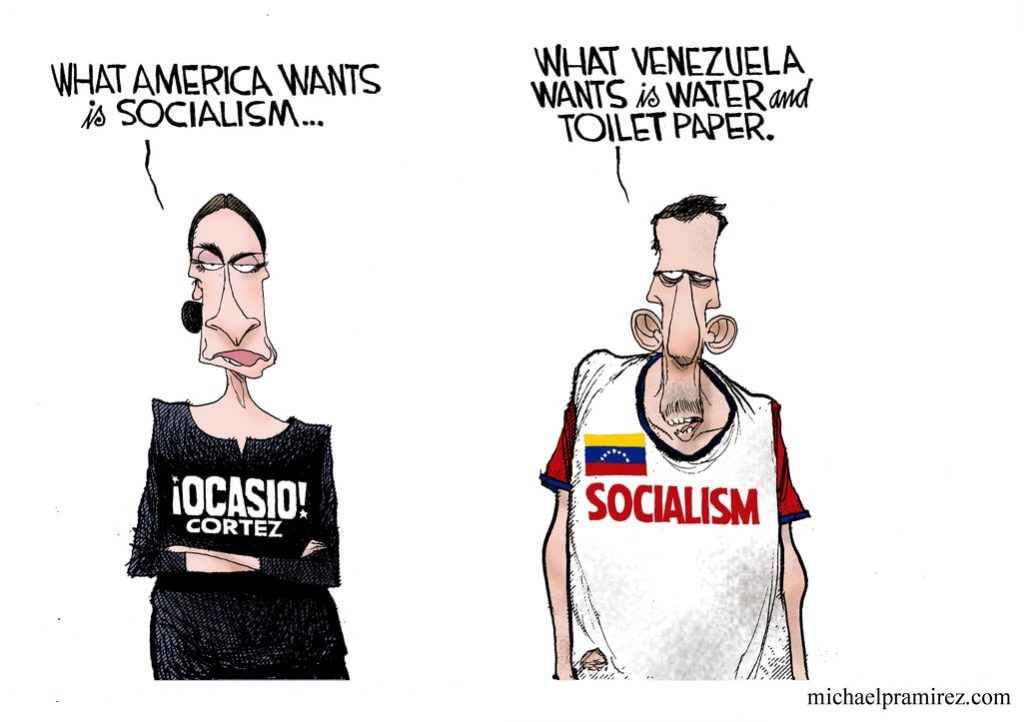 EPA Administrator Scott Pruitt resigned yesterday (7/5). It isn’t clear whether he jumped, or was pushed. But it’s certain leftists will hang his scalp on their lodgepole, go after other administration officials with renewed vigor. Commerce Secretary Wilbur Ross could be next in their crosshairs.

Reading between the lines of Trump’s tweets, I get the impression there is some substance to leftist charges of ethics abuses.  “Within the agency, Scott has done an outstanding job.”

“It wasn’t liberals, the media or deep staters who made (Pruitt) get large raises for his top aides, deny that he knew about it, than admit that he did,” said Ramesh Ponnuru. “It wasn’t they who made him have an aide find him a discount mattress, or run sirens so he could get to a French restaurant on time.”

In terms of policy, Acting Director Andrew Wheeler is Pruitt on steroids. So leftist joy may be short lived.

If you look up “presstitute” in the dictionary, you’ll find a photo of New York Times reporter Ali Watkins, 26. 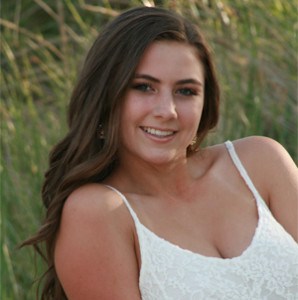 We learned Ms. Watkins was sleeping with James Wolfe, 57, security director for the Senate Intelligence Committee, when he was indicted for leaking June 7. Wolfe evidently was the source for several of her scoops.

After breaking up with Wolfe, Ms. Watkins dated another staffer on the Senate Intelligence Committee.

It isn’t ethical for a reporter to sleep with her sources, the editor of the New York Times concluded after weeks of public soul searching and hand wringing. Ms. Watkins will be moved from Washington to New York, given a mentor, assigned to another beat.

Dean Baquet is pretending, for appearances sake, he cares about how Ms. Watkins got her scoops. If she hadn’t been exposed, she’d still be on the national security beat in DC.

In the misty old days when the New York Times did have (some) ethics, editor Abe Rosenthal fired a reporter he’d just hired from the Philadelphia Inquirer after he found out she’d been sleeping with a source there.

When asked why he cared who that reporter was sleeping with, Rosenthal replied: “I don’t care if you f**k an elephant, just so long as you don’t cover the circus.”

I hope Ali Watkins’ new beat is the circus. Let elephants be the beneficiaries of her search for scoops.

Julie Kelly has a hilarious parody of a NYT “help wanted” ad for a national security reporter to replace Ali in Washington. Don’t read it while drinking hot liquids. 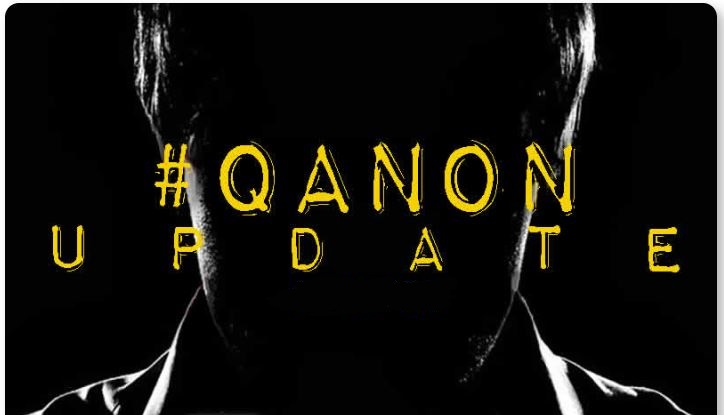 Several comments on my column earlier this week mentioned Q anon. I have deeply ambivalent feelings about Q.

It takes a very, very special kind of stupid to think the CIA controlled North Korea.

Q says the CIA (Clowns in America) is incompetent… and secretly controls more than half the world’s governments. Both can’t be true.

Q’s more zealous followers say CIA does the bidding of the Rothschilds, the Illuminati, the Bilderbergers, or some combination thereof. (In honor of this conspiracy theory, I invented the Bilderburger: a hamburger, with Swiss cheese and Russian dressing, on a bagel. Delicious.)

I’ve tried to figure out how Q could be making money ripping off conspiracy loons, as does Alex Jones of Behind the News. I could find no evidence Q is a paytriot. A point in Q’s favor is Alex Jones says he’s a fake.

Q’s early predictions – that Hillary and the brothers Podesta would be clapped in irons, transported to Gitmo to be tried by a military tribunal – were false.

But disinformation is necessary, Q said. Over the last several months, those of Q’s predictions which were not ambiguous have been on the money. Q knows an awful lot about what’s going on, evidently knows things only an insider could know.

Q urges followers to do research, and to think critically (which I suspect is a novel experience for some). He gives good advice. “Trust Wray. Trust Sessions. Trust Kansas (Mike Pompeo). Trust the Plan.”

I’m still somewhat skeptical, but am inclined now to believe Q is who he hints he is – a current or former senior military intelligence officer who is close to the president.

Why would Q dispense his wisdom on message boards – 4chan and 8chan – frequented by (among others) fruitcakes?

Perhaps to keep conspiracy loons on the reservation until Trump is ready to strike death blows to the cabal. Trust Wray. Trust Sessions. Trust the PLAN.

In recent days, the president has hinted Q is the real deal. For more about Q, read the Twitter threads of Praying Medic and Lisa Mei Crowley, or just ask Joe Katzman.

Many conservatives fear so after Imrin Awan got a plea deal Tuesday (7/3) so sweet it makes a slap on the wrist seem harsh.

Luke Rosiak of the Daily Caller, the only journalist to really cover the Awan scandal, reminds us here of what Imrin and his clan did.

Imrin Awan is one of the two “master keys” that unlock the “vault of depravity” in Washington DC, Rising Serpent thinks. (The other is former FBI Agent Peter Strzok.)

The Awan scandal is “perhaps the greatest in U.S. history,” said Rex. If we hear no more about it, President Trump “will lose a huge amount of political capital with his base.”

Which is why Rex, Rising Serpent, and FWIW, Q anon think the plea bargain was a beginning, not an end.

Worried conservatives should chill, read the fine print in the plea deal, Rex said. It expressly permits U.S. attorneys anywhere else in the country to bring charges against Imrin, members of his clan, and – more importantly – the Democrats for whom they worked.

What the plea deal does do is take the Awan case out of hands of odious Obama- appointed judge Tanya Chutkin, and – if Democrats are indicted – takes  their fate out of the hands of a capricious DC jury.

“Do you think this was going to be litigated in this setting?” Q asked. “Case that implicates some of the most senior elected officials (treason) is being handled by the appropriate office. Think NATIONAL SECURITY.”

Normally, you’d have to sing entire operas to get a plea deal as sweet as Imrin Awan’s. Don’t be surprised to see him as a witness for the prosecution in the not too distant future.

Imrin was a minnow swimming among sharks. If letting him walk helps us catch the sharks, it’ll be worth it. 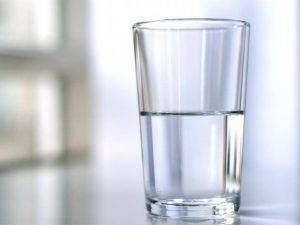 The glass this week is half full… if you’re easily discouraged by apparent setbacks, near the brim if you trust the president, take a longer view.

Our liberty wasn’t won by sunshine patriots and summer soldiers, nor can it be preserved by such.

Heroes of the week are our Founding Fathers. Be inspired by their example. Stay the course. Where we go one, we go all.

Jack Wheeler will be back next week.