It’s an OMAS HFR this week. O My Aching Sides – it’s like when Donaldus Magnus warned you won’t be able to stand so much winning.  Now you’ll be begging to stop with all that’s side-splittingly hilarious this week, but we won’t stop until your rib cage is in utter agony.

And the HFR has an agonizing choice for Hero of the Week.  One of them should have been last week – my bad – and has to be this.  A second has to be as well.  And a third is pictured above.  Hint – he’s not the guy with bug eyes.  No use in choosing, has to be all Three Heroes of the Week.

So here we go with the OMAS HFR – you’ve been warned.  Let’s start with why we should be smiling along with the guy above.

He’s Acting Director of National Intelligence Richard Grenell.  On Monday (5/04, he foiled Bug Eyes’ plan to weaponize a partial release of House Intel transcripts today (5/08) on its Russia Witch Hunt.  Then yesterday (5/07), his office – the ODNI – released all 53 interview transcripts with far less redaction than Shifty’s.  You can click on any name of the interviewees and up the full transcript will come.

For example, click on Obama’s DNI James Clapper, and on page 26 you’ll find he testified under oath that: “I never saw any direct empirical evidence that the Trump campaign or someone in it was plotting/conspiring with the Russians to meddle with the election.”

This morning (5/08), President Trump was interviewed on Fox & Friends, during which he stated regarding the Grenell-forced released of House Intel transcripts:

“’It was a very dangerous situation what they did. These are dirty politicians and dirty cops and some horrible people and hopefully they’re going to pay a big price in the not too distant future. Absolutely I think most people knew it from the beginning and they knew it was just a total hoax, a made-up story, a total disgrace to our nation.

Schiff is a crooked politician, crooked as can be, one of the worst I’ve ever seen and I’ve seen some beauties. He’s a liar, he’s a terrible person, he’s terrible for our country. Guys like that end up going down. They’re crooked and bad’.”

He ended his comments by announcing, “There’s more to come from what I understand and they’re gonna be far greater than what you’ve seen so far.”

And sure enough, Rick Grenell was photographed late yesterday (5/07) carrying a satchel of additional documents into the DOJ for delivery to AG William Barr. 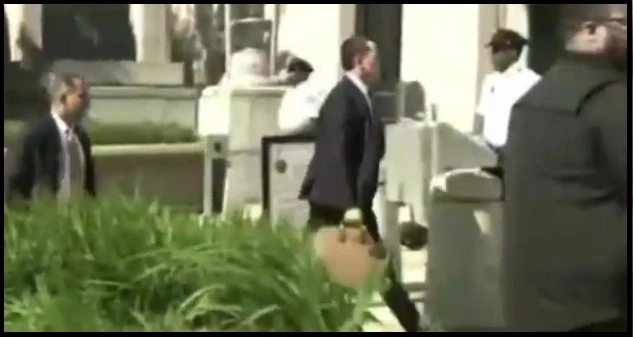 Fox anchor Ed Henry explained to Tucker Carlson that the docs provided additional damning evidence that Schiff knew full well there was no evidence for his charges of Trump-Russia collusion from the get-go.  Evidence that Barr needs to put the psychotic Schiff in Leavenworth, precisely where POTUS thinks he belongs.

So, Rick Grenell is our first HFR Hero of the Week.  Who’s our second?

The Must-Read is the entire transcript of CBS’ interview of Barr, not what CBS ran a bit of.  One key Q&A:

“Q: Does the new evidence show that the counterintelligence case against General Flynn was simply left open to lay a trap for lying?

As  the Wall Street Journal notes this morning (5/08) in The Vindication of Michael Flynn:

“We recommend the filing for readers who think this [Flynn’s prosecution] couldn’t happen in America. The filing recounts how the FBI had concluded in late 2016 that there was no evidence that Mr. Flynn had colluded with Russia… Mr. Comey and his loyalists then set up Mr. Flynn in an interview despite having no legal basis…

Yet Mr. Mueller, who knew all this soon after becoming special counsel, pursued Mr. Flynn, threatening him and his son with ruin until he got the guilty plea.”

What this means is that Comey is in beaucoup deep bat guano.  Barr intends for him to do a perp walk and wear an orange jump suit.  And Mueller?  Probably not as he was just a peri-senile figurehead – but his underlings like Brandon Van Grack will be targeted.  They’ll be singling like songbirds.

Dems can read the tea leaves and their panic freakout is OMAS glorious.  Nadler lost his mind in rage.  Pelosi projected (as Dems always do) her M.O., accusing Barr of “politicizing justice.”  Fauxcahontas Warren is demanding Barr resign (which she dependingly sreeches over everything he does).

Anyone who can so rattle the Dem rat cage is an American hero.  Bill Barr is that on stilts.  And he is just getting warmed up.  That’s what has the Dems in Cold Sweat City.

Yesterday in the Oval Office, POTUS unloaded on the whole steaming pile that’s coming to putrid light.  These OMAS quotes are to whet your appetite:

“He [Flynn] was an innocent man and is a great gentleman. He was targeted by the Obama Administration to take down a president and it is a disgrace.”

“What they did, what the Obama administration did, is unprecedented … and I hope a lot of people will pay a big price because they are dishonest, crooked people. They are scum.”

“Very complicit is a thing called the media. The media is totally guilty. And all of those writers and so-called journalists — they’re not journalists, they’re thieves.”

So Rick Grenell and Bill Barr are our two Heroes of the Week.  Who’s the third?

You learned about her last week and she should have been HOTW then.  But her story was launched in heroic history this week.

Her hair salon in Dallas, Salon a la Mode, was closed by court order on March 22.  On April 24 she reopened it, violating the order as she had to pay bills and feed her kids, and promptly received a police citation.  The next day, Saturday April 25 at Reopen Rally near Dallas, she ripped up the citation to the cheering applause of the crowd.

On Tuesday May 5, she appeared in court where Obama judge Eric Moye demanded she apologize for her “selfishness” in keeping her business open in defiance of a court order.  She refused, saying:

“I have to disagree with you, sir, when you say that I’m selfish, because feeding my kids is not selfish. So, sir, if you think the law’s more important than kids getting fed, then please go ahead with your decision. But I am not going to shut the salon.”

Moye promptly fined her $7,000 and had her taken into custody to spend 7 days in jail for contempt of court.  This triggered such a firestorm of protest Texas Governor Abbott on Thursday May 7 (yesterday) issued this statement:

“Throwing Texans in jail who have had their businesses shut down through no fault of their own is nonsensical, and I will not allow it to happen.”

That is why I am modifying my executive orders to ensure confinement is not a punishment for violating an order. This order is retroactive to April 2nd, supersedes local orders and if correctly applied should free Shelley Luther.

As some county judges advocate for releasing hardened criminals from jail to prevent the spread of Covid-19, it is absurd to have these business owners take their place.”

She was promptly released from jail where a crowd of well-wishers greeted her with calls, “You’re our Rosa Parks!  Shelley has become an instant folk hero to millions persecuted by fascist lockdowns destroying their jobs, savings and lives.

So much so a GoFundMe page for her to raise money for her legal bills, pay her fine, feed her kids, pay her employees, and save her business raised $500,000 in 72 hours.  She’ll use part of that to help out and pay the bills of others treated like her, two lady hairdressers in Laredo in particular.

Shelley – you have our gratitude and admiration.  You are no doubt our HFR Hero of the Week.

Ps:  Shelley is not only a salon owner – she and her husband have a popular local band called Crush. Click on the link for pics and vids. 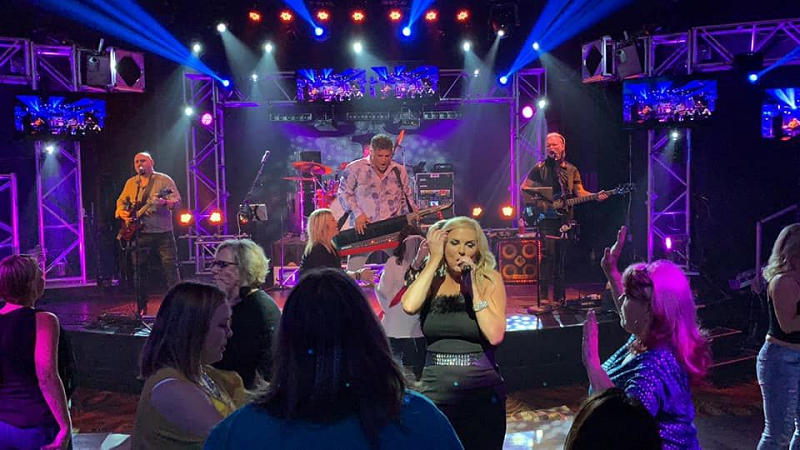 By the way – tell everyone you know in Dallas about this: 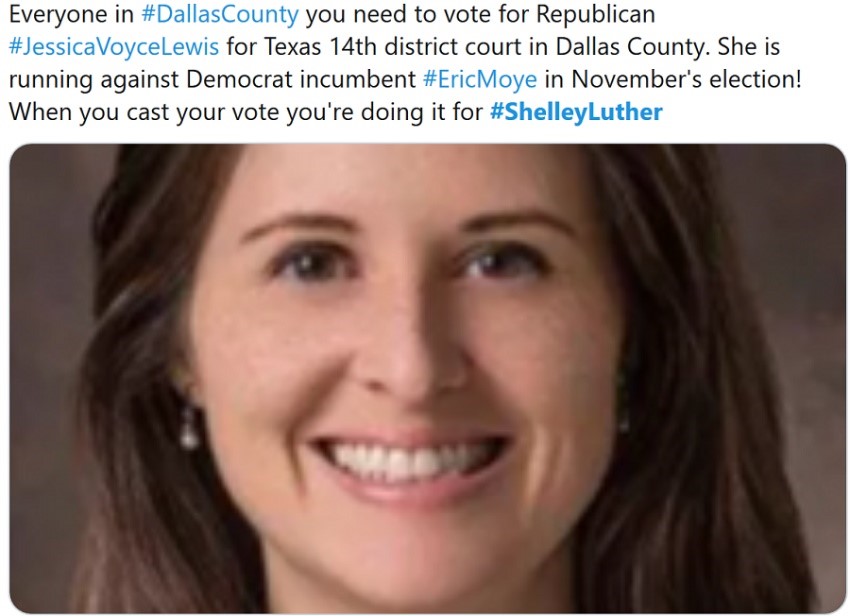 Here’s the Photo of the Week: 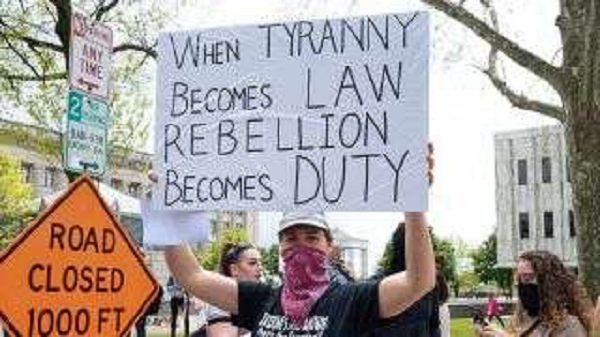 Now that is American at its core and at its best.  The best summation of the fascist madness we’ve had to endure for well over two months now is that of reporter Alex Berenson, who is your best go-to source for the latest panic-porn:

“I am someone who denies that our society has made the right choice by putting 30+ million people out of work for a virus that has a median age of death higher than the average life expectancy.”

Again and again, the HFR has pointed out the exponential undercount of actual cases of C-19 and the vast overcount of deaths from not with C-19.  But the real bottom line is that while it has a morbidity about the same as seasonal flu, it only kills (with rare exceptions) the very elderly with pre-existing conditions such as obesity or heart disease.

Too bad that POTUS got conned into believing the false models of catastrophe by Midget and Scarf.  Now he understands.

No lockdowns or business closures of any kind were ever required – just the distancing/hand-washing thing and quarantining those at risk.  As TTPer Edd Forke is fond of saying:

So now we’ve got Fascism on Steroids, like in California where Newsom goes Full Stalin: California – We’re All Hostages Now.  At least there are hero sheriffs like Riverside County Sheriff Chad Bianco who says, “I refuse to make criminals out of business owners.”

Then there’s the most Schadenfreudelicious Story of the Week.

The fascisti who rule St. Louis, Missouri last month called on residents to snitch on their neighbors who weren’t following draconian lockdowns – and hundreds did.  Guess what – all their reports were a matter of public record. Thus this headline (5/05): 900 Missouri residents who ‘snitched’ on lockdown rule-breakers fear retaliation after details leaked online.

Want more OMAS?  Every Libtard in America from AOC on down is screaming for more and more and endlessly more government dependency spending, using this nonessential crisis to expand fascisti control over our lives.  POTUS’ reaction?  He intends to use it to expand freedom:

And his support for Reopen Rallies – along with AG Barr saying ”It’s Time to Roll Back Coronavirus Restrictions Imposed by State and Local Governments” – has created an explosion of anti-lockdown protests across the country.  See:

There are many more.  Freedom is going to triumph over tyranny.  This is America and we need to never forget it.

This is devastating.  Be sure a catch the bonus segment of silence at the end:

He’ll never make it all the way to the Dem August convention.

Okay, Ladies and Gents, that’s a wrap.  Hope your rib cage is still intact.  And remember guys – Sunday the 10th is Mother’s Day.  You can give her flowers or take your Mom or Wife to dinner, but what will mean the most to her is your deepest gratitude for bringing you or your children into this world.  It’s a debt that can never be fully repaid or matched.  What we owe them takes your breath away.  Be sure they know that.