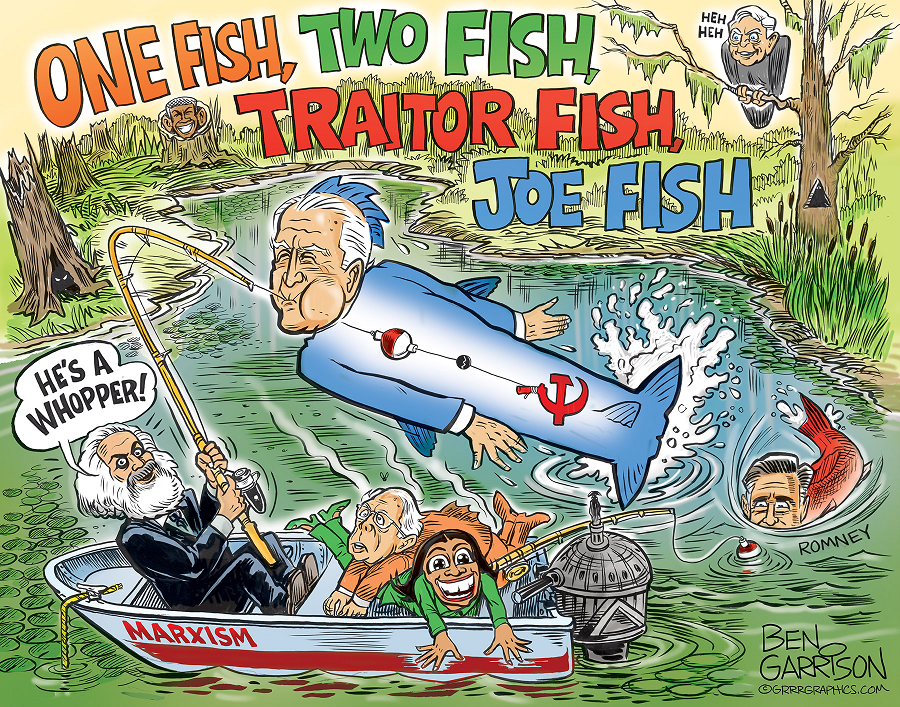 The reason we call the Thief-in-Chief occupying a stolen White House Zhou Xiden is because he’s the puppet of Marxist Fascists who want to transform America into a People’s Democracy modeled after Communist China, with them in permanent monopoly power.  Inside a Democrat today is a totalitarian screaming to get out.

This is all flat-out unvarnished treason, which is why the Dems and their Big Media/Big Tech partners in crime are so fanatically desperate to prevent evidence of their 2020 presidential election theft becoming public knowledge.

Which brings us to Maricopa County, Arizona.  And this morning’s (5/07) headline on ZeroHedge: Maricopa County Defies Subpoena, Won’t Release Hardware For Election Audit Over ‘Security Risk’.

The hardware is the computer routers used in the vote tabulation process.  Once the County Attorney refused to provide them to the auditors of the state legislature on Monday (5/03), the Dem-weaponized DOJ piled on Wednesday (5/05), claiming “voter intimidation” of the audit process.

What’s scaring them?  These routers are what connected the Dominion voting machines to the Internet – which contain router logs showing who communicated with who and when during the vote counting.

The logs should show only legitimate intranet-authorized communication, such as providing vote tabulations to the state election board.  But what if they show outside internet communication with, say, Democrat headquarters or party officials, after which the vote tabulations change to a candidate’s benefit or detriment?  Or the same with outside Dominion controllers?

Or worse, to Dominion machines outside the US, say Germany?   Worse, since communicating with foreign sources during election counting resulting in vote tampering is treason by federal law.  Remember, Venezuela’s dictator Maduro is a Dominion customer who uses them to rig votes.

Dems are terrified because what were the Dominion machines communicating with while vote tabulating and what happened to the tabulations afterward is objectively findable in the router logs.

Here’s how the Arizona State Legislature is standing up to all this.  Yesterday (5/06), Arizona State Senator Wendy Rogers tweeted this warning to the US Justice Department.  How’s this for moxie?

“‘Justice’ Department – you need to stay in your lane. Do not touch Arizona ballots or machines unless you want to spend time in an Arizona prison. https://t.co/W7l3WhFsjt

She is absolutely right. State courts can imprison federal officials.  The DOJ would have to get it reversed by the Supreme Court – and the years in meantime, the feds are in the can.  Thanks, Wendy!

US Air Force Lt. Col. (ret) Wendy Rogers is the HFR Hero of the Week: 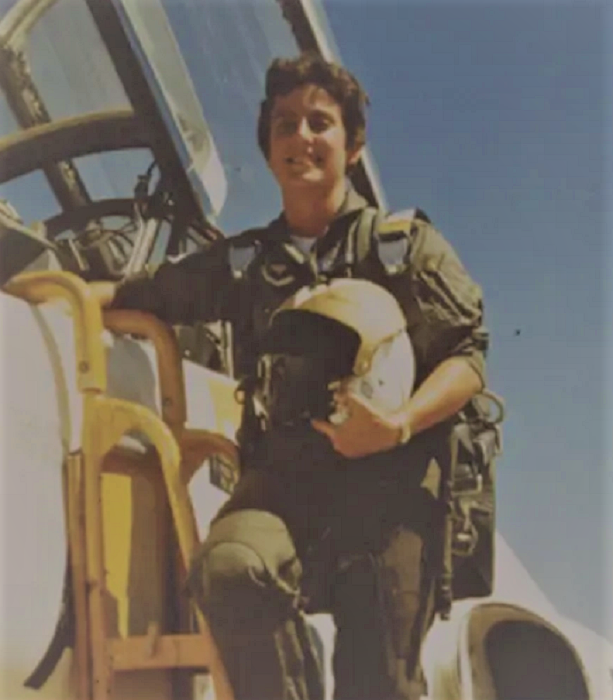 As you know, Facebook continued its ban on POTUS Wednesday (5/05).  It has to, as he will continue to expose Dem election theft – just as it, along with Twitter, Google, YouTube, have had to ban any Dem election theft claim by anyone for many months now.  It’s like Voldemort in the Harry Potter books, it cannot be named.

The entire Ruling Oligarchy is desperate to do whatever it takes to hold back the dam that is about to burst.  Most Americans simply cannot admit that their country has become a banana republic, that the Presidency of the United States was in fact stolen last November, that the Supreme Court itself was mafia-coerced into trashing the Constitution, that the FBI is now like the East German Stasi, that we are sliding down a slippery slope fast towards a real fascist dictatorship.

Americans are in denial of all this, so it will take an awful lot of hard-to-deny solid evidence to overcome it.  The evidence is there, and overwhelmingly – maybe it will be the Maricopa routers that uncover it, maybe something else.  But it will come, the dam will burst, and the oligarchical elite so frantic to hold it back will be swept away like the Johnstown Flood. 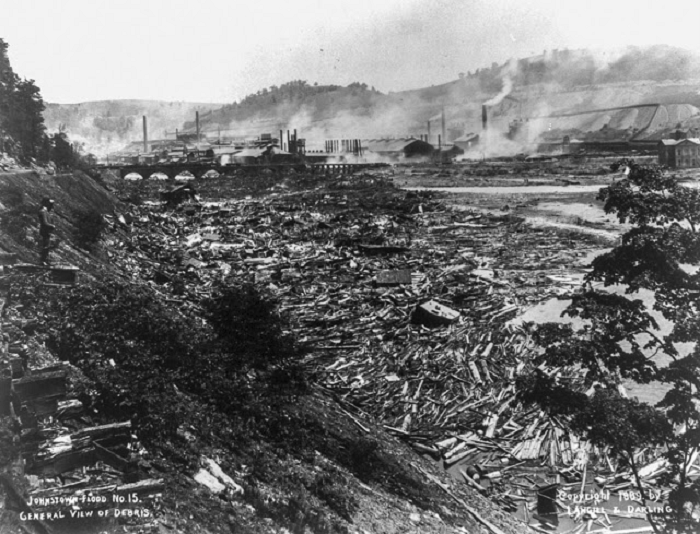 FOTUS (Fraud of the United States) fantasizes about being the next FDR.  In reality, he’ll soon be regarded as the next Herbert Hoover – at best.  Hoover was a ghastly president, but certainly no traitor trying to destroy America on purpose.  He’s also far more stupid than Hoover – China Zhou has always been a dimwit, and a real jerk to boot, just worse now with his dementia.

What he’s doing with food prices and screwing farmers is the current example this week.  Today (5/07) again on ZeroHedge, we find: Social Unrest Fears Mount As World Food Prices Soar In April.  You’re going to see global food riots – and here in the US.

As we discussed in last week’s HFR, people on food stamps are going to go hungry – as any inflation-calculated increase in what the stamps will buy is based on the CPI (Consumer Price Index) saying it’s 2%, while prices at the grocery store are ballooning far higher.

Thus the Question of the Week: What Will You Do When Inflation Forces U.S. Households To Spend 40 Percent Of Their Incomes On Food?

Then there’s the Idiot-in-Chief buying into the Climate Change Hoax.  He wants no internal combustion engines within a few years.  What are supposed to power farmers’ tractors, harvesters and other mechanized equipment – plus all the trucks to transport their products?

This is especially true for corn belt farmers.  The US Corn Belt is enormous: 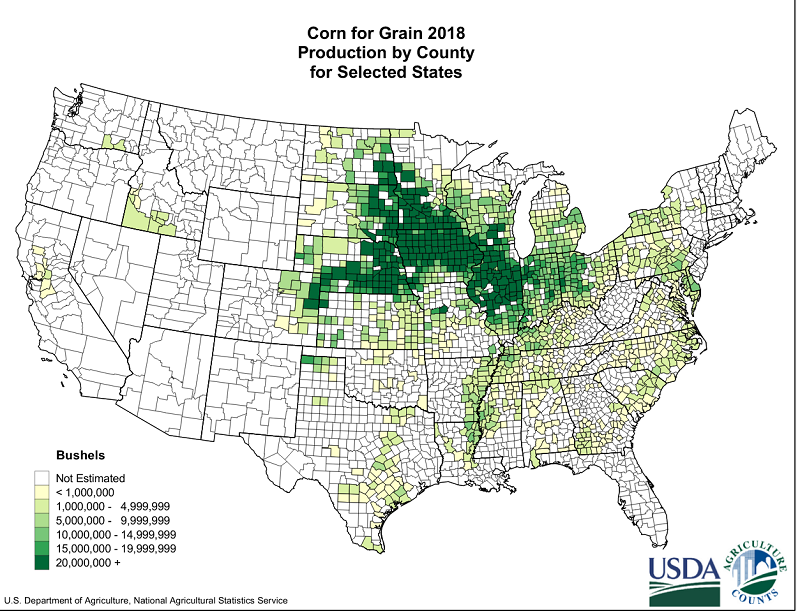 How many elections can Dems win bankrupting all of that? 40% of all corn production in the US now goes to make ethanol, which can only fuel internal combustion engines.  And it’s very hard for the corn farmers to switch to different crops, like soybeans, which need different and very expensive machines to grow and harvest.  Plus, an ethanol factory can’t make biodiesel.

And now, just today (5/07), FOTUS has decided to screw all farmers in America even more.  Fox reports: Biden plan would limit longstanding tax break used by farmers — proposal sets to add another burden on farmers.  How dumb is that?

Answer:  Even dumber than FOTUS saying today that the horrendous Jobs Report issued this morning is proof the US economy is “moving in the right direction.”

Well, yes it is, in the direction of what he wants, what the Dems and Chicoms want: economic collapse, make everyone dependent on fake money government welfare, and permanent fascist rule with rigged elections.

It’s not going to happen.

The reason Dems are in hyper-speed now towards the fascism they always wanted is because the China Virus Feardemic accomplished what they intended to with Climate Change.  Turn everyone into fear-stricken mask-wearing obedient sheep.

That fear has run its course.  We’ve lost our fear, no more lockdowns, millions are even rejecting the vaccines – we’ll take HCQ and Ivermectin, thank you.  So now the Dem fascisti think they can gin up the same feardemic with the Climate Change Boogeyman no one cares about.  Fuhgeddaboudit.

GOP Senator John Kennedy is a good ol’ boy from Louisiana, whose southern drawl and gentlemanly demeanor is a front for his razor-sharp brain (he’s Oxford-educated).  You are really going to enjoy watching him eviscerate this blinking Bidenist buffoon so smoothly and relentlessly.

This was at a Senate hearing on Xiden’s $2 Trillion Infrastructure Bill, the explicit rationale for which is to combat “climate change.”  Xiden’s Environmental Protection Agency Administrator (now a Cabinet-level position) Michael Regan testified in defense of the climate change rationale for spending two trillion dollars.

Cool News of the Week Time.

*Thursday 5/06: Liz Cheney Is ‘Checked out and Already Accepting Her Fate’

*Thursday 5/06: A Major Biden Administration Scandal Is Brewing  His Energy Sec is in beaucoup deep kimchee!

In closing, what’s happening in Maricopa County in Arizona is a precursor to what is very likely to happen in other states with GOP legislatures where the 2020 presidential election was clearly stolen.  The routers may prove to be the Open Sesame for Dem fraud in Michigan, Wisconsin, Pennsylvania and Georgia as well.

POTUS focused on the first two this morning:

Meanwhile, the Thief-in-Chief has become a pathetic laughingstock around the world.  Watch as Australia SkyNews host Alan Jones sadly describes “the leader of the free world” as “cognitively delinquent,” that those who continue to support him are guilty of “elder abuse,” and that there “must be a presidential resignation soon.”

As a final note, I hope you’ve been enjoying TTP’s Monday through Friday Glimpses of Our Breathtaking World.  There are recently two I would like to focus on. 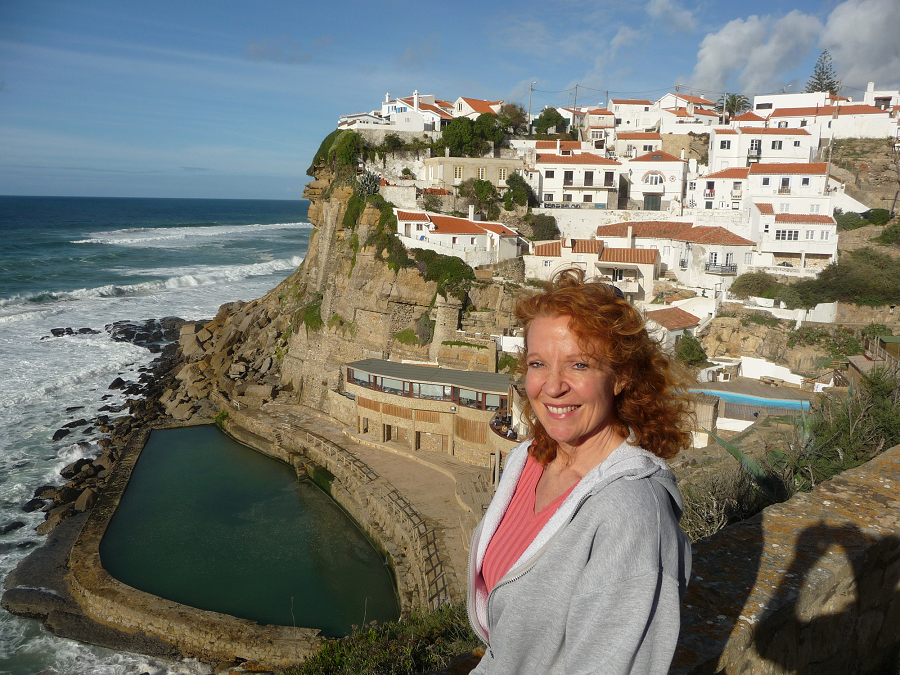 And The Europe That’s Still There… 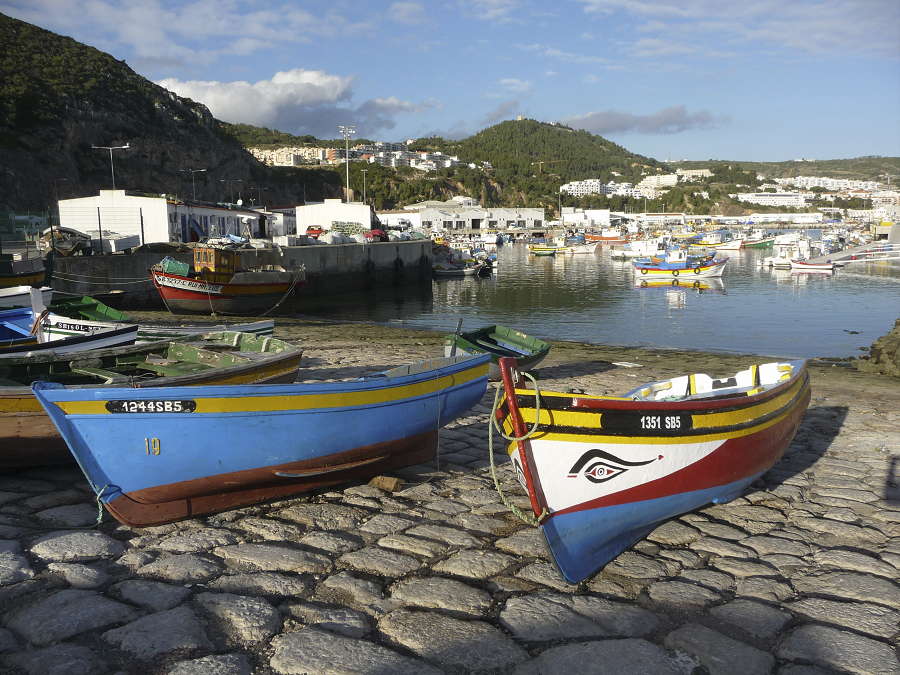 Quite frankly, Rebel and I think Portugal is the coolest place in Europe.  Read these two Glimpses for just a hint of why.

My company, Wheeler Expeditions, has not been able to run a single exploration of anywhere in the world since January 2020 because of this Feardemic lunacy – and the very first place we chose to begin anew is Portugal.

Portugal is open, safe, and welcoming. No jab required (just the negative PCR test all airlines need).  Come with Rebel and me on our Portugal Exploration next month, June 17-26, to have the most wonderfully enjoyable experience with your fellow TTPers far away from the stress engulfing our beloved country.