The Senate confirmed CIA Director Mike Pompeo to be Secretary of State yesterday (4/26). All but 7 Democrats voted against Pompeo because he is superbly qualified.

Pompeo has been the key negotiator with North Korea, which says it’s willing to give up its nukes and ICBMs. 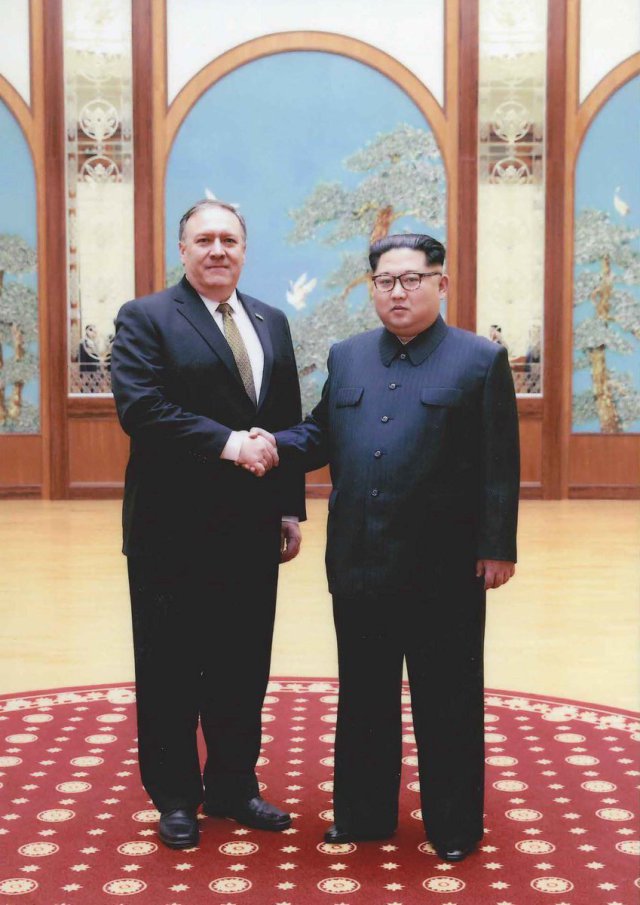 Dems want to sabotage a deal. They’d rather keep Americans under the threat of a nuclear strike than permit President Trump a diplomatic triumph.

If there is a deal, it will be bigger than Nixon’s opening to China, or the peace treaty between Israel and Egypt, said Trump hater James Fallows.

“New history starts now,” Kim wrote in the guest visitor book in the Peace House at Panmunjom. “Age of peace, from the starting point of history.”

The Senate also voted Thursday, 56 to 42, to confirm Ric Grenell as U.S. ambassador to Germany.

Grenell is superbly qualified for what these days may be our most important ambassadorial post, but Democrats threw up one roadblock after another, because Grenell is now the highest ranking openly gay person to serve in the U.S. government.

Republicans, you see, are supposed to hate gays. Dems gotta protect that narrative.

“An ugly chapter ends, long after it should have,” said Brit Hume. “The blocking of this nominee was utterly political, and utterly pointless.”

Ric Grenell’s confirmation was far from the worst narrative fail for Dems this week. The most consequential domestic news of the week – and very likely the year – is summarized by this tweet Wednesday (4/25) from Chance the Rapper:

Black people don’t have to be Democrats.

Chance doesn’t have the weight, yet, to start a cultural revolution. But following in the footsteps of his friend Kanye West, he’s helping to blaze a broad, smooth trail away from the Democrat plantation.

Kanye West is a cultural icon. He has 21 Grammys, has sold more than 32 million albums, has 27.9 million followers on Twitter.

Kanye West is married to another cultural icon (among ditzy white women), Kim Kardashian. Kim doesn’t share her husband’s fondness for Trump, but strongly defends his right to think for himself. 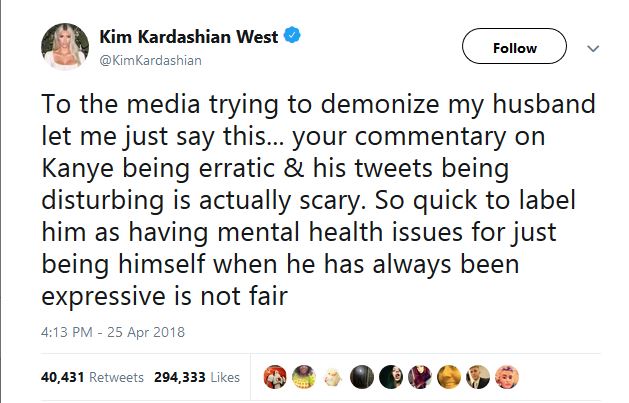 Blacks thinking for themselves? No prospect terrifies Democrats more.

“The conservative movement has never had an advocate as cool as Kanye West and many should be alarmed,” said Rolling Stone.

When Kanye signaled his apostasy by praising Candace Owens, a gorgeous, articulate young black conservative, the thought police tried to intimidate him back into line.

Which backfired. Kanye doubled down. He disses Obama here. 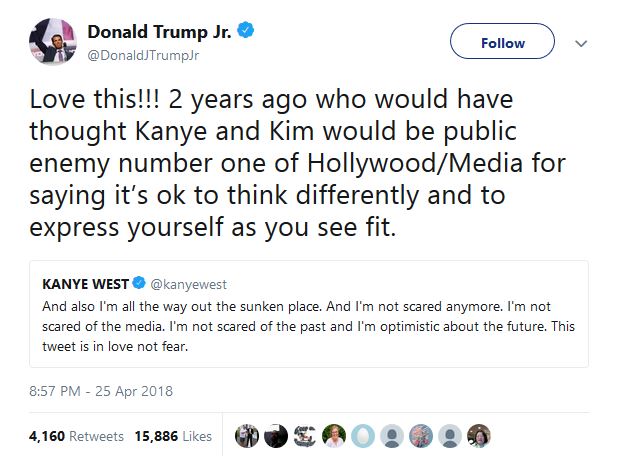 “What Kanye is doing right now is demonstrating where the entire country can see it how the Left in this country thinks it can control what entire groups of Americans are allowed to say in the public square,” said Brian Cates.

“I am liking him bc it’s like spraying Raid on a large ant bed,” said Lisa Lee. “Kanye has the lefties blindly scurrying to stop him. He is unfazed by the ants.”

“Safe spaces” will get crowded because “thanks to iconoclasts like West, his spouse and Chance the Rapper questioning mob mentality and speaking their minds, others will become emboldened to do the same,” said Adriana Cohen.

“Big things are happening and eyes are being opened for the first time in decades,” President Trump tweeted today. 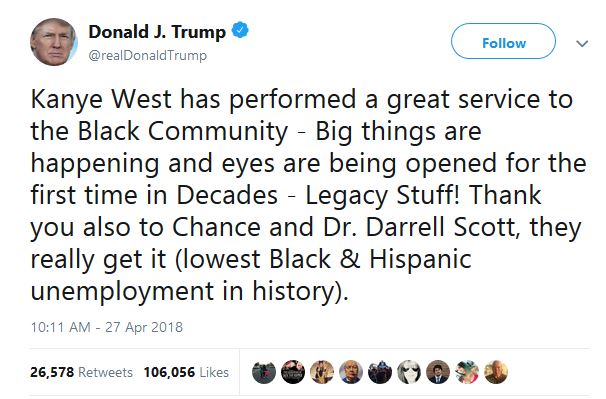 Yesterday was Melania Trump’s birthday. Not only is she the most gorgeous and gracious First Lady ever, she can troll as well as her husband.

FLOTUS chose the china for the state dinner Tuesday (4/24) for French President Emmanuel Macron and his wife, Brigitte. She picked the “Clinton China Service” which Hillary stole when Bill left the White House, was forced to return a few months later.

There was no there there, Rep. Devin Nunes (R-CA), chairman of the House Intelligence Committee, told Maria Bartiromo of Fox News in must see tv last Sunday (4/21).

One of the “Five Eyes” reported a suspicious conversation between George Papadopoulos, an unpaid foreign policy adviser for the Trump campaign, and Alexander Downer, Australia’s ambassador to Great Britain, in a London wine bar in May, 2016.

That’s the current leftist narrative for why the FBI began surveillance of the Trump campaign. Its purpose is to draw attention away from the dodgy Steele dossier, how it was used to obtain a FISA warrant to spy on Team Trump, and who paid for it.

The “Five Eyes” are the intelligence services of the US, UK, Canada, Australia and New Zealand. They have a formal process for sharing intel. But there was no formal reporting on the Papadopoulos/Downer meeting, Nunes told Bartiromo. This “evidence” was manufactured. 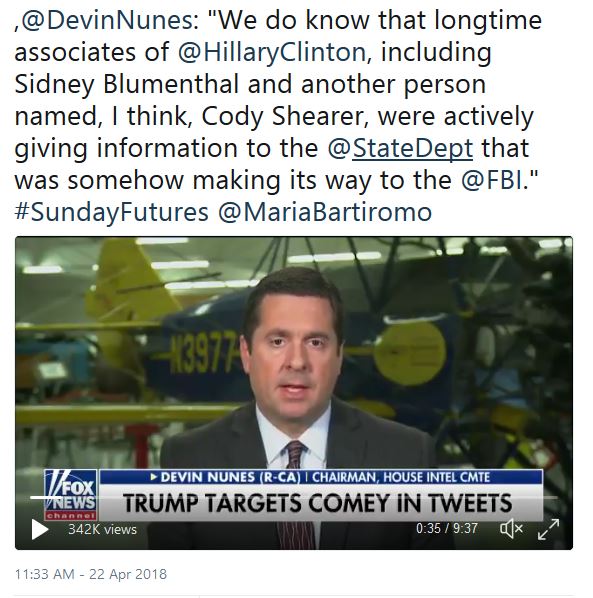 This is a smoking gun, said Fiona Mikayes, a former Air Force intelligence officer who was a briefer in the National Military Command Center.

An inebriated Papadopoulos told him the Russians had thousands of the emails Hillary transmitted and received on her insecure private email server, Downer said.

“The Downer revelations provide no evidence of collusion,” noted Tom Switzer in the Sydney Morning Herald.

Papadopoulos pled guilty to lying to the FBI about a meeting he’d had in April, 2016, with Joseph Mifsud, a former Maltese diplomat with ties to Russia and the Clinton Foundation.

Mifsud told Papadopoulos the Russians had Hillary’s emails.  He wasn’t involved in any collusion scheme, Papadopoulos has told friends in private.

If the Papadopoulos/Downer conversation had in fact been the trigger for the FBI’s surveillance of Team Trump, why did the FBI wait until Jan. 27, 2017 to interview Papadopoulos?

Desperate for money, and to keep the muh Russia collusion narrative alive, the DNC filed a lawsuit last Friday (4/20) against President Trump, Wikileaks, and various Russians.

An el stupido blockhead move, because the Trump campaign and Wikileaks salivate at the prospect of what they can learn from discovery.

Now they can ask DNC officials, under oath, why they wouldn’t permit the FBI to examine the computers they say were hacked; introduce evidence Wikileaks got the embarrassing DNC/Podesta emails from DNC consultant Seth Rich, who was upset because the DNC rigged the primaries against Bernie Sanders.

What might former DNC Vice Chair Donna Brazile have to say, under oath, about Seth Rich’s murder?

The Awan brothers espionage scandal, in which at least 44 House Democrats are involved, could be their greatest vulnerability. We haven’t heard much about it, perhaps because the prosecutor assigned to the case is the brother of former DNC Chair Debbie Wasserman-Schultz, the first to hire (and last to fire) Imrin Awan.

I’d love to be a fly on the wall when Debbie Dimwit is deposed. Were she and Awan lovers? Was he blackmailing her? Did she know he was spying for Pakistan, laundering money for Hezbollah?

DNC desperation is fueled by belated realization Special Counsel Robert Mueller is not going to indict President Trump for anything.

The president added Rudy Giuliani to his legal team to negotiate an end to the Mueller probe.  Rudy knows everything the NYPD found on Anthony Weiner’s laptop. Gives him the upper hand in negotiations, methinks.

“It’s worth noting (Giuliani) is a prosecutor, not a defense attorney,” Larry Schweikart.

Mueller will want to get outta Dodge before DOJ IG Michael Horowitz drops the MOAB on DOJ/FBI misconduct, before Michael Flynn’s guilty plea is vacated because of prosecutorial misconduct by Mueller’s team.

The House Intelligence Committee officially concluded its investigation of muh Russia today, with the GOP majority declaring it found no evidence Team Trump “colluded, coordinated or conspired” with Russia.

Mueller’s investigation “needs to conclude,” Attorney General Jeff Sessions said yesterday. Mueller and Giuliani had a private meeting Tuesday. The end is nigh.

************
Against what I’m sure is the advice of his lawyer, former FBI Director James Comey continued his book tour this week. Each time he opens his mouth, he plunges deeper into legal jeopardy.

Comey had sense enough to schedule interviews only with MSM toadies, who toss him nothing but softballs. Until last night, when he agreed to be interviewed, live, by Bret Baier of Fox News.

If you want to see how television journalism ought to be practiced, but almost never is these days, or you just want to watch a slimeball squirm, this is must see tv.

Baier’s interview “indicted his peers for failing to ask tough, detailed questions that should have been asked many times before.”

Comey’s stumbling, fumbling, dishonest, contradictory answers to those questions bring him closer to a jail cell.

This was also a bad week for two other slimeballs in the Intelligence Community, former DNI James Clapper, and former CIA Director John Brennan.

Larry Schweikart jokes: “A Russian agent, a Muslim, and the head of the CIA go into a bar, and the bartender says ‘What’ll you have, Mr. Brennan?’”

************
His deputies voted no confidence in Broward County Sheriff Scott Israel, 534-94. The results of the week-long electronic balloting were announced Thursday night.

************
“Donald Trump and Mitch McConnell are filling U.S. courts at a breakneck pace with young conservatives who will reshape the law for generations to come,” notes Sahil Kapur of Bloomberg News.

Trump has had more appeals court judges confirmed than either Obama or G.W. Bush at this point in their presidencies. A Senate rule change will speed things up.

************
There’s more good news this week, but I’m running long. I’m off to fill my glass with a fine bourbon, with which to toast our president on his diplomatic triumph.