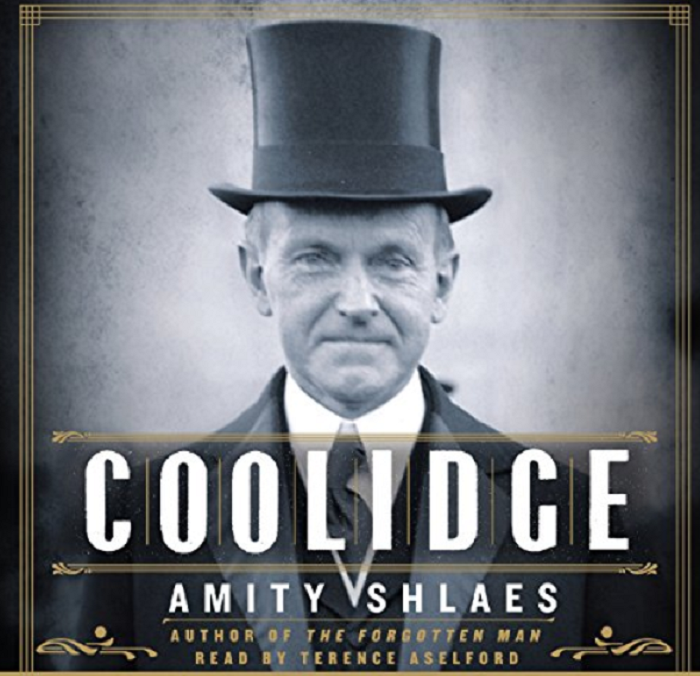 When Vice-President Calvin Coolidge became President upon the death of Warren Harding in August of 1923, he succeeded in giving to America what Harding had promised: “A Return to Normalcy.”

It is typical of the pathological liar fraudulently occupying the White House today that he stole Coolidge’s motto, vowing during his basement campaign last year he would bring a “return to normalcy” after the “divisiveness of the Trump years.”

As we all are so painfully aware after less than three months in power, he lied as he always does – inflicting upon us what Harding and Coolidge pledged a return from: the fascist dictatorship of Woodrow Wilson.  Except that he’s worse.

Thus we’ll start with examples of woke lunacies of the week, then examples how us Normals can triumph over them.

On Wednesday’s TTP (4/16), K-12 Teachers Programmed To Be Merchants Of Anti-White Hate explained how woketard California’s Dept. of Education has become.

Yesterday, psychologist Dr. Susan Berry explained just how clinically insane this is: Getting the Right Answer in Math is Racist.

Math teachers are now to follow the guidelines of Equitable Math, teaching that it’s “white supremacy culture” to “focus on getting the right answer” and to “grade according to lack of knowledge.”   Such practices “perpetuate white supremacy culture that create and sustain institutional and systemic barriers to equity for Black, Latinx, and Multilingual students.”

Read Berry’s article, it’s must-read, and make sure any kids or grandkids you have are miles away from any school teaching this garbage.

Yesterday (4/15), Congressfascisti Teapot Nadler (“I’m a little teapot short and stout”) introduced legislation to expand SCOTUS from 9 to 13 Justices.  When accused of “packing” the Court with Dems, as per FDR’s threat in 1938, Teapot replied with a straight face, “We’re not packing the Court, we’re unpacking it.”

Pelosi promptly claimed she would not bring the bill to a floor vote – but everyone knows Pelosi speaks with a forked tongue.

The biggest story of the moment is the wholesale full court attack on State Voter ID laws by Woke Corporatists, Woke Social Media, Woke Legacy Media and the Democrat Party to lock Dem vote fraud in place in 2022 that enabled them to cheat in 2020.

All of these people who are behind this effort are sociopaths.  They are not normal.  Anyone who can look you in the eye and claim this effort is to “protect democracy” – as all these people do – is a pathological liar.

Here’s a short story.  Back in the 80’s, my White House friend Dana Rohrabacher and I visited Milton and Rose Friedman at their apartment in San Francisco.  Most memorable was when “Uncle Miltie” commented that, “The two most anti-capitalist groups in America are university professors and big corporation businessmen.”

It’s so much worse now, thanks to Affirmative Action.  Any large hierarchical organization will select for sociopaths willing to backstab their way to the top.  But affirmative action babies placed in executive positions not by talent but skin color and/or gender – especially those in HR – will accuse those they want to climb over in the pecking order of being insufficiently woke.

All of a sudden there’s more-woke-than-thou competition among board members: Wokeness Wars in the Board Room.  And just like that, all of Corporate America is run by nothing but Jim Taggarts straight out of Atlas Shrugged.

Break time.  Print this up and give/send it to anyone bugging you about “white supremacy” – 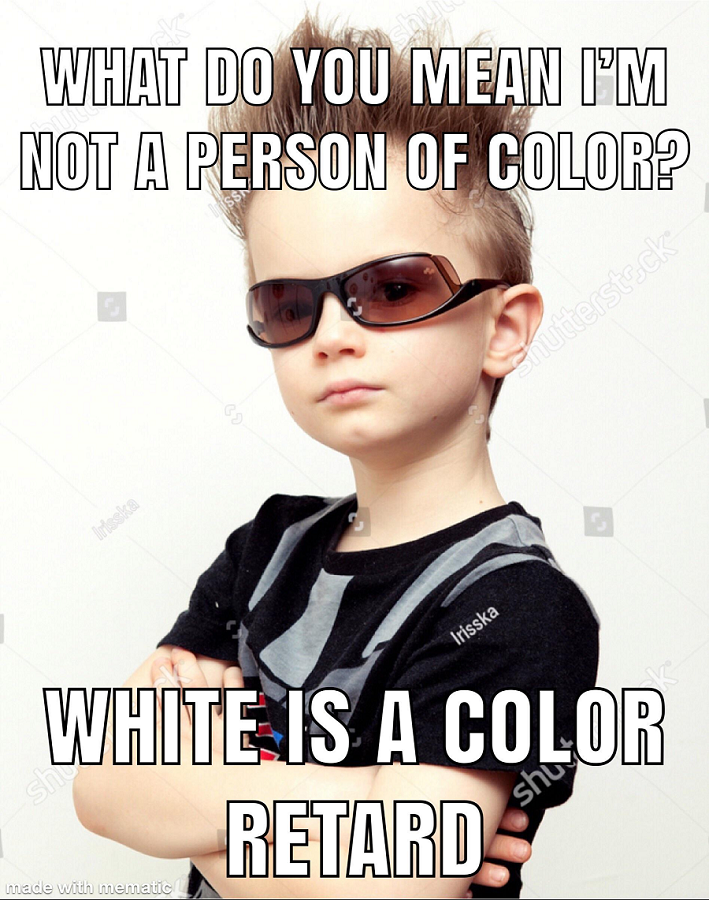 “We will not do that. We do not have the facilities. We are not set up to do that. This is not our problem. This is the president’s problem. He’s the one who opened the borders. He needs to be responsible for this and he needs to stop it.”

“What I have determined by watching the actions of this president is that he is making America unsafe. These are people that are crossing our border illegally. We do not know who they are. Multiple news sources have told us that we have people on the terrorist watch list that are getting into this country this way, and they’re not going to find a place here in South Dakota.”

Enough good news for one week?  The really good news is that most all of it is on the state, not national, level – and that it is going to grow stronger among these states and gather more states in.

What’s emerging is a Tenth Amendment Reagan Doctrine for America.

Last Saturday (4/10), Sundance at Conservative Treehouse made this prediction: “I fully expect to see the standing U.S. military deployed against any state who stands up against unconstitutional federal demands.”

Yes, the Pentagon has gone Woke.  It is an enormous hierarchical organization just like described above, where tragically many if not most of the quality and performance control restraints have been removed.  Wokeness Wars within the Joint Chiefs of Staff.

Nonetheless, Sundance is wrong.  This is why.

Believe it or not, I initially conceived what became the Reagan Doctrine when I was a 13 year-old teenager, depressed over the Soviets being able to snuff out the freedom fighters of Hungary rebelling against their rule in 1956.

I realized that it was easy for them to crush one rebellion in one of their colonies.  But what if too many of them rebelled at the same time? I asked myself.  Then they couldn’t crush them all, some would break free, which would inspire more rebellions until the rebellion against Communism became uncontainable, and the Soviet Colonial Empire would collapse.

Yes, I fantasized this at 13, never forgot it, and finally was able to put it into practice at the Reagan White House a quarter-century later.  The Reagan Doctrine succeeded.  Its first victory was the full Soviet retreat of the Red Army from Afghanistan completed on February 15, 1989. The Berlin Wall fell less than nine month later on November 9.  By December 1991, the Soviet Union itself ceased to exist.

You see the connection. The Pentagon might – might – be able to send soldiers with guns into one state and crush its 10th Amendment rights.  But two – four – ten – twenty or more?  Not going to happen.  There is no way the US military can occupy multiple states, for that just invites more insurrection.

Especially if the insurrection is not kinetic, simply a peaceful refusal to obey.  Who are the soldiers going to shoot when no one is shooting at them?

And they realize that if they do shoot before anyone shoots back, then it’s the North Bridge at Concord. 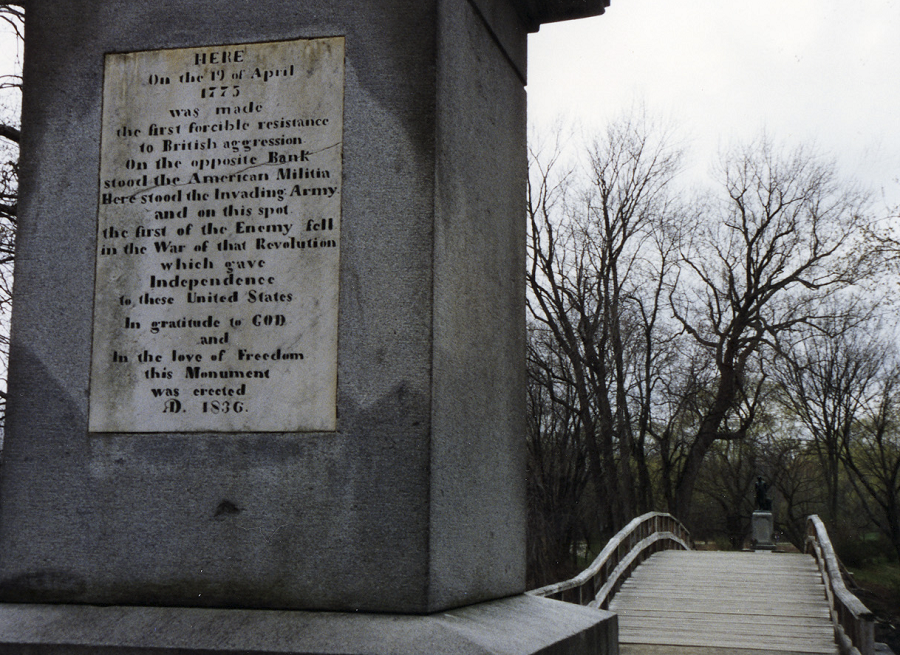 Move.  Move to a safe deep red county or state with no permit to buy an AR-15 with 30 round mags.  Ready for this?  In California, you now need photo ID to buy one round of ammo, which with your personal info is entered into a log book the Feds have access to.  (Of course, you don’t need photo or any other ID to vote in California or any Democrat Dodge.)

You don’t have to die to live free.  There are places in America you can live free.  Please – move to one without delay.

Yesterday (4/15) on TTP, The Strange Death of the Democrats showed how the Democrat Party is dying.  All this Woketard Lunacy is just frantic desperation to prevent the inevitable.  Just ensure you are out of harm’s way of the thrashing of their death knell.

Do that, and be assured, as Skye advises, “The future is brighter than many conservatives realize.”  America will be normal again.