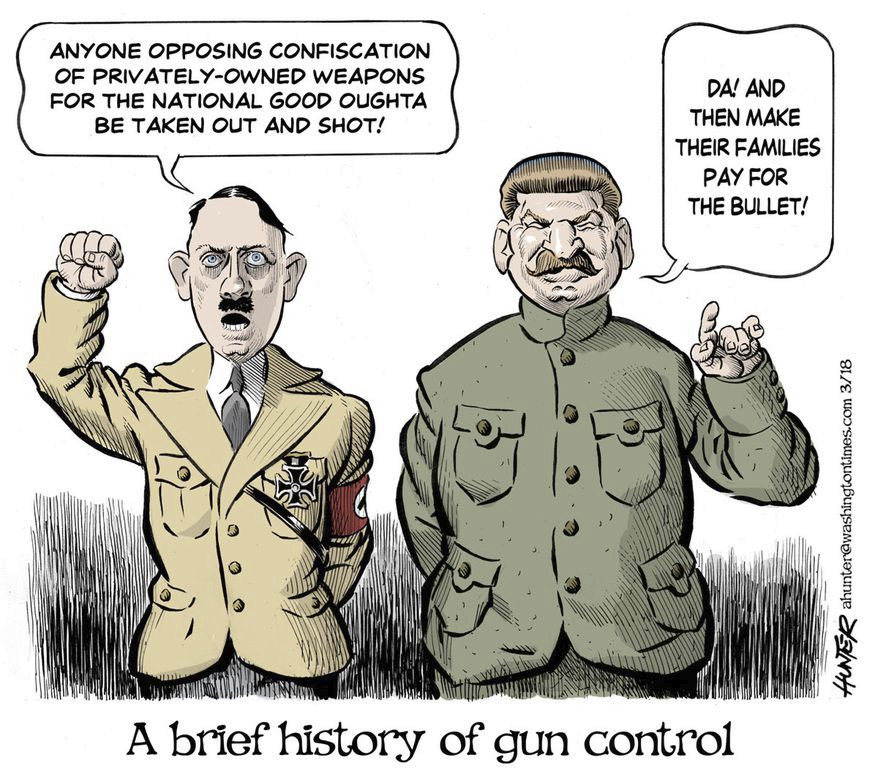 AND OF JOE BIDEN’S AMERICA

But not of our history.

I hope it didn’t make you mad – as it made me jump for joy. Yes!! I exclaimed – for you know what happens when you try to boil a frog and you turn the heat up too fast.

In all seriousness, this is the catalyst – the trigger (pun intended) – for what we need most, a Tenth Amendment Revolution.

Not ARII or CWII, a Second American Revolution or Civil War fought with real guns resulting in real dead bodies in multitudes.  The trouble with violence as a solution is that it almost never is – innumerable ways things can go sideways to hell instead.

Besides, we’ve already got what we need – our Constitution.  We don’t need to create it like our Founding Fathers had to – we just need to restore it.  And the way to do that is simple and clear – with the Tenth Amendment:

“The powers not delegated to the United States by the Constitution, nor prohibited by it to the States, are reserved to the States respectively, or to the people”

In essence, the 10th is our guarantor of a basic principle of freedom from tyranny:  that government can only do what is permitted, while private citizens can do anything unless prohibited.

As you are all too aware, this is the reverse of America today.  The 10th is how we reverse it back.  What the Feds are permitted to do is specifically enumerated in Article I Section 8 (appended below) as a Power of Congress to make it legal.  Look down the list.  If you don’t see something, like the power to create a federal Department of Education, it’s unconstitutional to create it.  Or like gun control laws that violate the Second Amendment.

Which is why this is the most important news of the week.  On Tuesday (4/06): Arizona Gov. Ducey Signs Bill Barring Enforcement of Federal Gun Controls.

The report quotes the Democrat Sheriff of Maricopa County being “confused” about the legislation.  That’s because he doesn’t understand a 1997 SCOTUS decision, Printz v United States, which ruled that the Feds cannot “commandeer” county sheriffs to enforce the Brady Gun Control Act as a violation of the 10th Amendment.  The decision stated:

Any libtard legal challenge to Arizona’s HB2111 will be met with reference to Printz.  Note that Printz applies to county officials, such as sheriffs, not only state-wide officials.  Which means that counties, such as red ones in blue states, can enact ordinances defying the Feds under 10th protection.

We’ll return to that in a moment, but now realize how ideal a Tenth Amendment Revolution is – no violence, just pure civil disobedience, simply the refusal to obey federalie tyranny.  If you live in a red county and/or a red state, personally encourage your county officials or state legislators to follow in Arizona’s HB2111 footsteps.

Laws are being proposed in state legislatures in Texas, Florida, Georgia, Pennsylvania and more.  This will be fun to watch.

Such a 10th Amendment Revolution movement could have as it’s motto: Just Say No to Joe.  The message: We refuse to obey Joe’s unconstitutional fascism – and the 10th Amendment gives us that right.

Of course, us Normals know that FPX’s sudden freakout for gun control is a diversion away from his manufactured-on-purpose “border crisis”.  And we all know what that’s about. 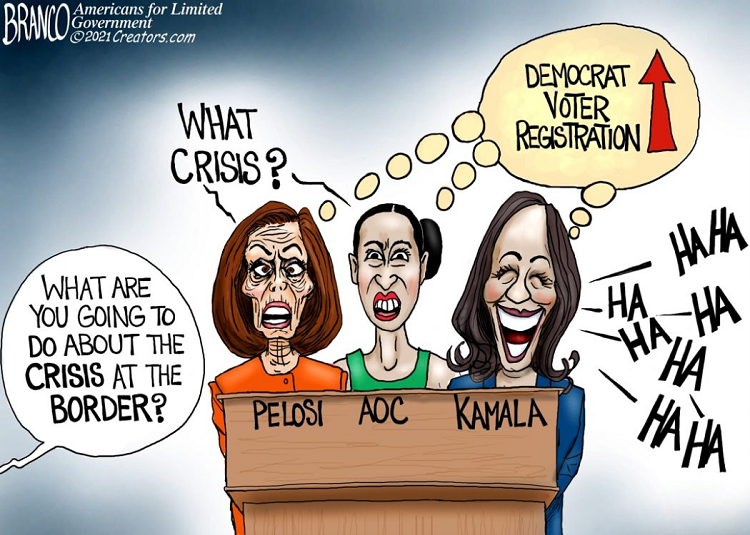 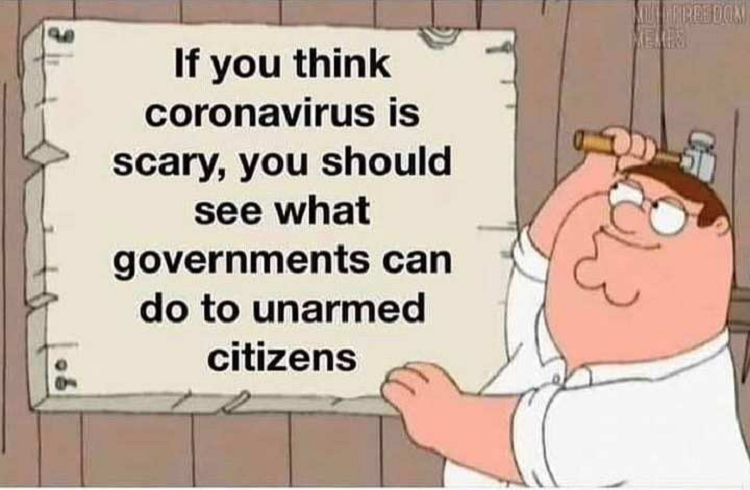 Yesterday (4/08), the first of Skye’s Links was: Clarence Thomas: Supreme Court Will Soon Have to Address Tech Censorship.  Along with Supreme Court Justice Thomas Suggests Facebook, Twitter Could Be Regulated Like Utilities.

This is in regard to Thomas’ concurring opinion delivered Monday (4/05) on Biden v. Knight First Amendment Institute. There’s a lot to digest, but basically, Thomas is arguing that Big Tech can be regulated as “public accommodations” – private businesses to which the general public is invited as customers, like bars, hotels, restaurants, and movie theatres.

This is really interesting, demonstrating Thomas’ genius as a strategic thinker. Remember above about returning to Printz and county officials?  Here we go.

It’s not that Thomas refers to Printz, he doesn’t at all, but the same legal logic applies.  He devotes attention to the history of regulation by state officials of public accommodations, and concludes: “There is a fair argument that some digital platforms are sufficiently akin to… places of accommodation to be regulated in this manner.”

In other words, Thomas is giving states, counties, and towns across the US a blueprint for banning platform censorship regardless if Section 230 allows them to. This is how in a nutshell.

It turns out that, as explained by Eugene Volokh yesterday (4/08), that state, county, and municipal officials have a much wider latitude of who they may prohibit exclusion from public accommodations than that of federal civil rights law.

Volokh’s examples of counties and municipalities that prohibit public accommodations from excluding customers demonstrating political affiliation – such as wearing a MAGA hat or wearing a NRA t-shirt – are Hartford, Prince Georgia’s, and Howard counties in Maryland, Orange County in North Carolina, Miami Beach and Fort Lauderdale in Florida.

The penalties would be enormous fines.

What Justice Thomas is saying is that any and all cities and counties in America should be free to prohibit digital platforms such as Twitter, Facebook, Google, YouTube et al from excluding customers’ political advocacies, as they are public accommodations subject to such local regulation.  And that such regulation – and penalty fines — will be upheld by the Supreme Court.

Did I hear a “Wow!”?  There are many thousands of cities and counties in the US, and this could race through a lot of them like wildfire.  The hold, the veritable monopoly of communication and thought – Only the Woke May Speak – Big Tech has over us would be shattered.

Could you get to work getting your city council or county board to pass such an ordinance?

A Potpourri of items of interest.

Jerk of the Week: Arkansas’ Republican Governor Asa Hutchinson who vetoed the Save Adolescents From Experimentation Act banning experimental genital mutilation and hormone treatments for those under 18-years-old.  Maybe we should make that Monster or Ghoul of the Week.

The good news is that on Tuesday, the Arkansas legislature overrode the veto — it is now state law.

Coach of the Week: Bradley Keyes, Track & Field Coach at New Hampshire prep school Pembroke Academy, was fired on Monday (4/05) for refusing to require his athletes to wear a mask outdoors while training or competing.   He told the school’s athletic director:

“This outdoor mask policy is senseless, irrational, cowardice BS.  I will not stand up in front of the kids and lie to them and tell them that these masks are doing anything worthwhile out in an open field with wind blowing and the sun shining. These insane policies are robbing kids of once in a lifetime opportunities for no valid reason other than irrational fears and going along with the sheep.”

Professor of the Week: Nicholas Meriweather, Philosophy Professor at Ohio’s Shawnee State University, just won in federal court that he could refuse to use a “transgendered” student’s “preferred pronouns.”  Here’s his interview with Tucker:

“We are losing our freedom to disagree, and if we don’t stand up to it, it’s going to get much, much worse.”  Thank you, Professor.

And on Tuesday (4/06), President Trump was interviewed by Heather Childers on Newsmax TV.  Enjoy! 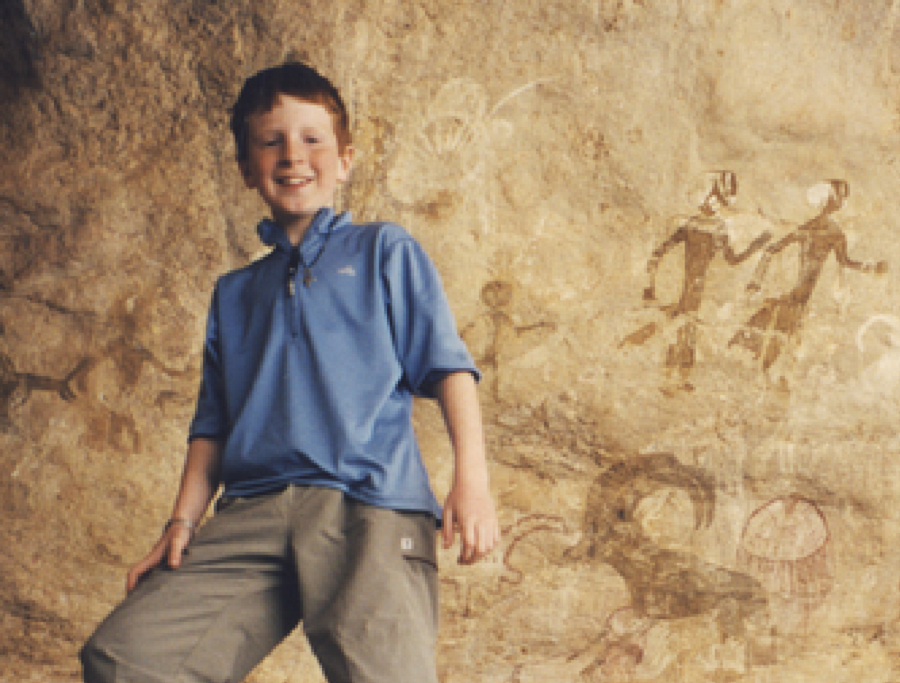 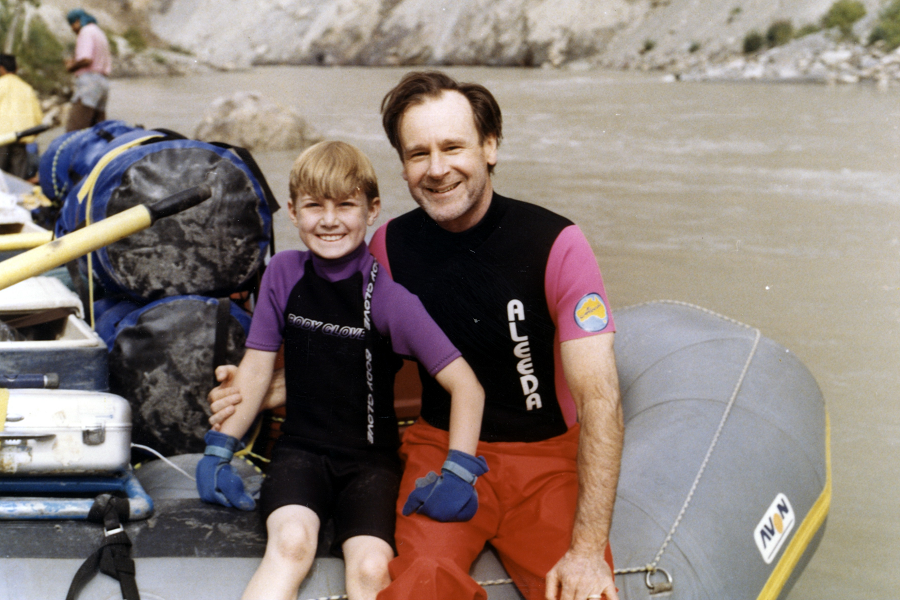 Both when they were 10.  The point was the importance of taking your children on memorable adventures when they are young.  I’d like to emphasize now the importance of doing the same with your grandchildren.  First it is a incredible bonding experience – an adventurous challenge you have with them creates a uniquely powerful neurochemical bond in both of your brains.

This is especially critical now if your grandchildren are being miseducated by “woke” teachers obsessed with ruining your grandchildren’s brains.  Explaining reality to them on a great adventure can wash away a lot of this brain garbage in almost no other way.  Something to take seriously.  And have a wonderful fun experience at the same time.

Okay – what’s today? April the 9th:  4/09.  Make you think of anything?  It sure made me think of this and all the fond memories of my street drag racing days with muscle cars in the early sixties.

Appendix:  ARTICLE I SECTION 8 OF THE UNITED STATES CONSTITUTION

To borrow Money on the credit of the United States;

To regulate Commerce with foreign Nations, and among the several States, and with the Indian Tribes;

To establish an uniform Rule of Naturalization, and uniform Laws on the subject of Bankruptcies throughout the United States;

To coin Money, regulate the Value thereof, and of foreign Coin, and fix the Standard of Weights and Measures;

To provide for the Punishment of counterfeiting the Securities and current Coin of the United States;

To promote the Progress of Science and useful Arts, by securing for limited Times to Authors and Inventors the exclusive Right to their respective Writings and Discoveries;

To constitute Tribunals inferior to the supreme Court;

To define and punish Piracies and Felonies committed on the high Seas, and Offences against the Law of Nations;

To declare War, grant Letters of Marque and Reprisal, and make Rules concerning Captures on Land and Water;

To raise and support Armies, but no Appropriation of Money to that Use shall be for a longer Term than two Years;

To provide and maintain a Navy;

To make Rules for the Government and Regulation of the land and naval Forces;

To provide for calling forth the Militia to execute the Laws of the Union, suppress Insurrections and repel Invasions;

To provide for organizing, arming, and disciplining, the Militia, and for governing such Part of them as may be employed in the Service of the United States, reserving to the States respectively, the Appointment of the Officers, and the Authority of training the Militia according to the discipline prescribed by Congress;

To exercise exclusive Legislation in all Cases whatsoever, over such District (not exceeding ten Miles square) as may, by Cession of particular States, and the Acceptance of Congress, become the Seat of Government of the United States, and to exercise like Authority over all Places purchased by the Consent of the Legislature of the State in which the Same shall be, for the Erection of Forts, Magazines, Arsenals, dock-Yards, and other needful Buildings;–And

To make all Laws which shall be necessary and proper for carrying into Execution the foregoing Powers, and all other Powers vested by this Constitution in the Government of the United States, or in any Department or Officer thereof.