It’s not just RBG who the Dems are propping up, pretending she’s still alive and functioning.  It’s their entire party.  RBG is the perfect metaphor for Democrats today.

Her situation is dire – so much so that yesterday (1/10), Politico reported: Trump White House urging allies to prepare for possible RBG departure.

Time to get familiar with this picture: 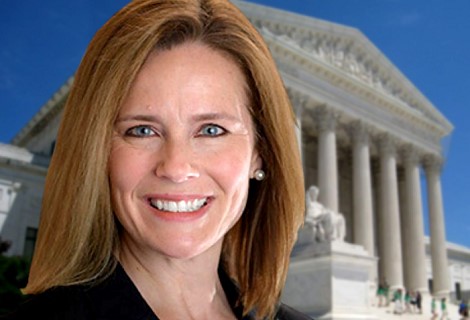 Everyone in DC is predicting a Dem Kavanaugh-on-steroids smear war on her (focused on her Catholic anti-abortion faith and whatever disgusting lies they dream up), but I’m not so sure.

They may not have the stomach for it, the fire in the belly after Trump douses it by winning on the Wall and Shutdown.  And it’s harder to attack a lady with a brilliant legal mind, who’s led an impeccable life personally (wonderful marriage with five children plus two adopted kids from Haiti) and professionally.

Her confirmation won’t be a breeze, but not a firestorm either.  Toad-brained demagogues like Booker and Kamala will grandstand, completely irrelevant House Dem crazies will go apoplectic, then McConnell will call a vote and that will be that.  A 6-3 conservative SCOTUS, which we haven’t had in over 80 years (since 1936).

Yes, Obama’s threat of blackmail still hangs over Roberts’ head (his illegal child adoption), as the media will create a scandal frenzy demanding he resign should he vote reliably conservative.  But Trump’s warning will be, don’t bother because I’ll just nominate someone more conservative than him.  So watch for Roberts’ rulings now to edge back into the fold as he’s reassured he can safely return.

Fox News’ Patrick Walsh spelled out the bottom line for the Dems yesterday (1/10):  The Democrat Party Is Running on Fumes and Trump Knows It.

“The Democratic Party is running on fumes. They are not articulating any policies for the advancement of our country. Democrats have substituted ideology for policy and slogans as a means of stifling any intelligent discussion.

Parties must have something positive to say along with the criticism of the other party’s positions. Voters know that we have no real discussion on Trump’s policies, just hyperbole, hysteria, and obstruction.”

In other words, the Dems have ideologically moved out of DC to Oakland, California, famously described by Gertrude Stein as, “There’s no there there.”  Democrats inhabit an empty wasteland, loudly braying in the wilderness.

The perfect example was the disastrous Chuck & Nancy rebuttal to POTUS’s brilliant border security address to the nation Tuesday evening (1/08). 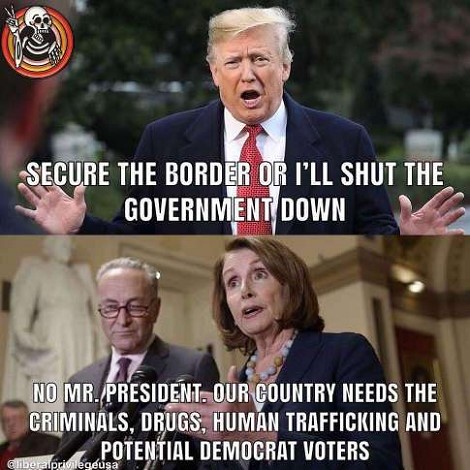 It was so pathetic and weird they were ridiculed from every direction, Nancy with her bug-eyed deer-in-the-headlights moron look and Chuck looking like he was auditioning to play the villain in the next Bond movie. 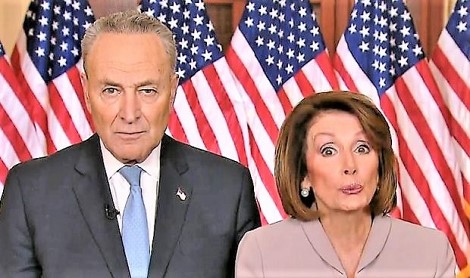 Talk about giving America the creeps.   And who else have the Dems got?  Is there anyone among them, Senate or House or 2020 aspirant, with gravitas, common sense, and reason?  Think about it, take your time.  Slo-Jo Biden?  Pocahontas Warren?  Karl Marx Sanders?  Krazy Kamala? Spartacus Booker?  The PIAPS?

Mike Obama?  (Recall the time Obama asked Melania, “How could you marry that man?”  And Melania replying with a big smile, “You know, I was going to ask you the same question.”)

How about Beto Goes to the Dentist O’Rourke?  What’s next for him to post, wags ask – a colonoscopy?

Meanwhile, the House Dems with their shiny new majority are turning the south side of Capitol Hill into a certifiable insane asylum. 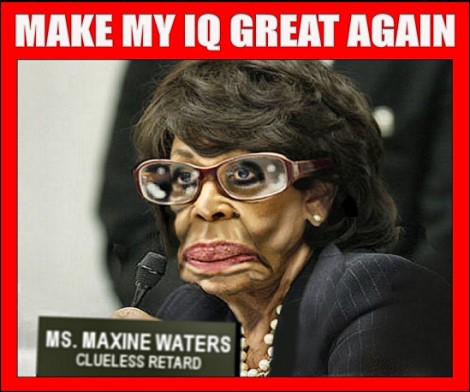 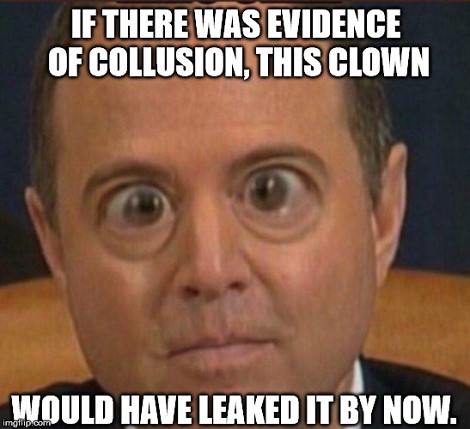 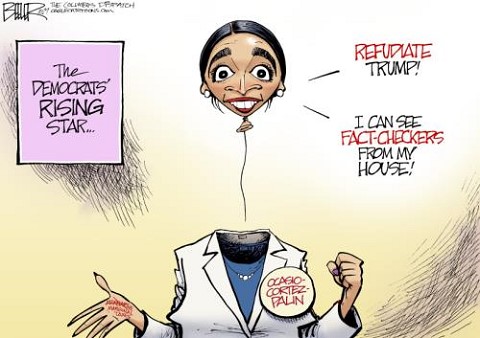 Note that this is from the Columbus Ohio Dispatch today (1/11) by libtard Trump-hating cartoonist Nate Beeler.  When libs start mocking her like Sarah Palin, you know Occasional-Cortex’s sell-by date is approaching.

The HFR named her “Occasional-Cortex” many months ago, and now it’s such a popular meme it’s sold on kids’ t-shirts: 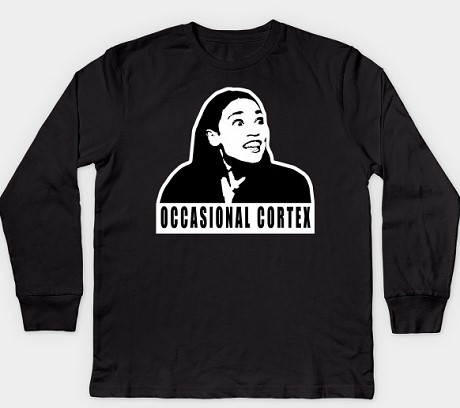 And yes, the inmate that’s in charge of this madhouse is still… 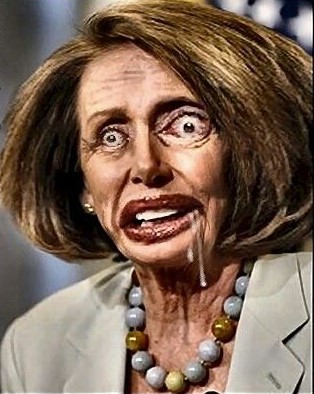 Against The Donald, this lot doesn’t stand a chance.

As we can see from this meltdown on MSNBC, the libtard media’s cable flagship.  Yesterday (1/10) on Morning Joe, commentator Donny Deutsch – so libtard that last June on MSNBC he accused Trump supporters of being “like Nazis” – went full panic, yelling:

And so he shall.  One reason – that libs like Donny refuse to get – is that POTUS doesn’t see the Shutdown as a problem, he welcomes it as the opportunity it is.  25% of the government is closed, 800,000 federalies are furloughed – and everyone else gets to see how they don’t need it or them.

I’d love for the President to make a statement saying, “With our booming economy, there are so many good jobs out there for good people.  This partial shutdown has shown many of the 800,000 government workers furloughed are not needed for government to function, so this gives them the opportunity to get a good-paying real job in the private sector now.”

Meanwhile, consider taking 9½ minutes (after reading the rest of the HFR!) watching a spoof on the shutdown called “The Purge – what really happens during a government shutdown.”  Really funny. Warning, bad language alert.

We were speaking of libtard idiots, weren’t we?  So now’s the time to laugh at Jim Acosta’s expense like everyone else in the world has, since CNN’s ace went to a wall section in Texas yesterday (1/10) and had an epic fail:

All Twitter exploded with ridicule, as explained by Donald Trump, Jr.:

“I know this might be hard for you to comprehend Jimbo, but the reason why all of Twitter has been mocking you today is because you were at a part of the border WITH A WALL.  So yes, of course it was working. Replicate that across the border & we’ll all be safer. #RealNews #ByeBye”

The memes have been relentless, e.g., 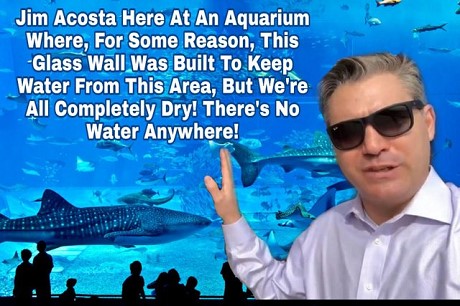 However, the real Idiot of the Week Award has to go MacKenzie Bezos’ soon-to-be ex-husband Jeff.

Yep, the richest man on earth or who ever lived, Amazon’s Jeff Bezos, has been having an affair with an ugly Hollywood floozy who spilled the beans to National Enquirer – and guess what, Jeff doesn’t have a pre-nup… 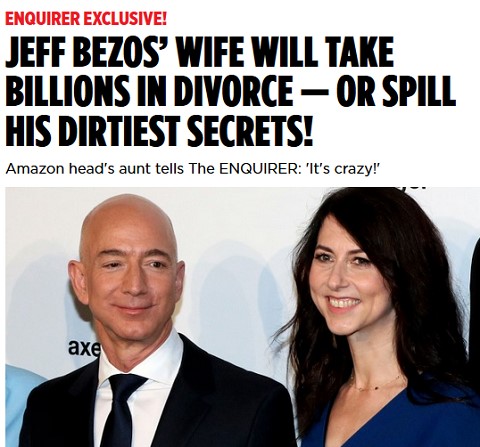 The NYPost explains how, due to Washington State law, MacKenzie holds all the high cards.  She stands to get fully half of Jeff’s fortune of $167 billion with a B.  She may end up with $83,000,000,000, and being the richest woman who ever lived.  Sorry, Jeff, you’re screwed, LOL oh my aching sides.  Go, MacKenzie! 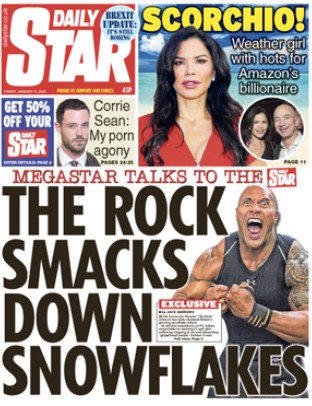 “This (snowflake) generation are looking for a reason to be offended.  If you are not agreeing with them then they are offended — and that is not what so many great men and women fought for.  We thankfully now live in a world that has progressed over the last 30 or 40 years. People can be who they want, be with who they want, and live how they want. That can only be a good thing — but Generation Snowflake or, whatever you want to call them, are actually putting us backwards.”

Next stop France, where we learned yesterday (1/10) that yellow vest protestors against Macron’s meddling, over-taxing, and Moslem-loving government, have destroyed 60% of all speed cameras throughout all France.

Now that is cool.  We need these guys to come to America and do the same exact thing.  Personally, I’ve always considered speed limit signs to be speed suggestions.  Yellow vests would surely understand.

From Vienna, Austria, we get this uplifting headline: Swiss woman breaks Afghan migrant’s nose after he sexually assaults her.  Turns out she was a martial artist who knew how to throw a punch – and did.

In Italy, Deputy Prime Minister Matteo Salvini, with the authority of a new law, declares, “The party is over for left-wing mayors coddling migrant asylum seekers.”  Exactly what Trump would love to do here.

We turn to China.   For years, TTP has been warning that China’s economic stats were lies compiled by Chicom bureaucrats.  Suspicions confirmed.

“An economics professor at Renmin University in Beijing sparked a controversy last month when the professor claimed that a secret government research group had estimated China’s growth in gross domestic product could be as low as 1.67% in 2018, far below the official rate.”

This is Yuge.  Who will invest in China now?  Sure puts Trump in the tariff catbird seat.

We end in Cairo, Egypt.  It was there at the American University yesterday (1/10), that Secretary of State Mike Pompeo delivered an astoundingly pro-American speech that scandalized all Dems and Lefties, the Lying Swine Media, Never Trumpers, isolationist libertarians, everyone except normal American patriots.

To us, it is an exhilarating deep breath of fresh air.   Refreshing too is his placing the blame for the current mess in the Middle East squarely on Obama.  He began by stating, “I’ll be very blunt and direct today: America is a force for good in the Middle East.”

“Remember: It was here, here in this city, that another American stood before you.

He told you that radical Islamist terrorism does not stem from an ideology.

He told you that 9/11 led my country to abandon its ideals, particularly in the Middle East.

He told you that the United States and the Muslim world needed, quote, ‘a new beginning,’ end of quote.

The results of these misjudgments have been dire…

So today, what did we learn from all of this? We learned that when America retreats, chaos often follows. When we neglect our friends, resentment builds. And when we partner with enemies, they advance.

The good news. The good news is this: The age of self-inflicted American shame is over, and so are the policies that produced so much needless suffering. Now comes the real new beginning.”

Here is the full text of Pompeo’s historic The age of self-inflicted American shame is over Cairo speech.  I encourage you to read  – or watch – it entire.  Here’s the video.  You’ll be thrilled and amazed.  Finally we have a real American Secretary of State.

Mike Pompeo is the HFR Hero of the Week.

Hey, this has been fun, hasn’t it?  What a fun week.  They won’t always be this way, so let’s revel in this one now.

One last bit of fun… 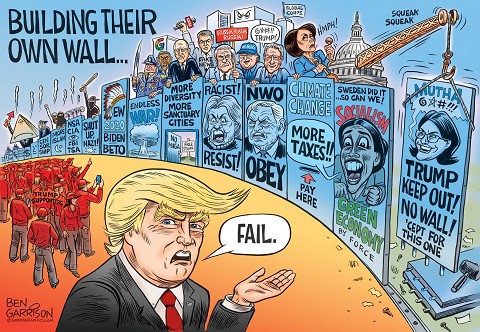