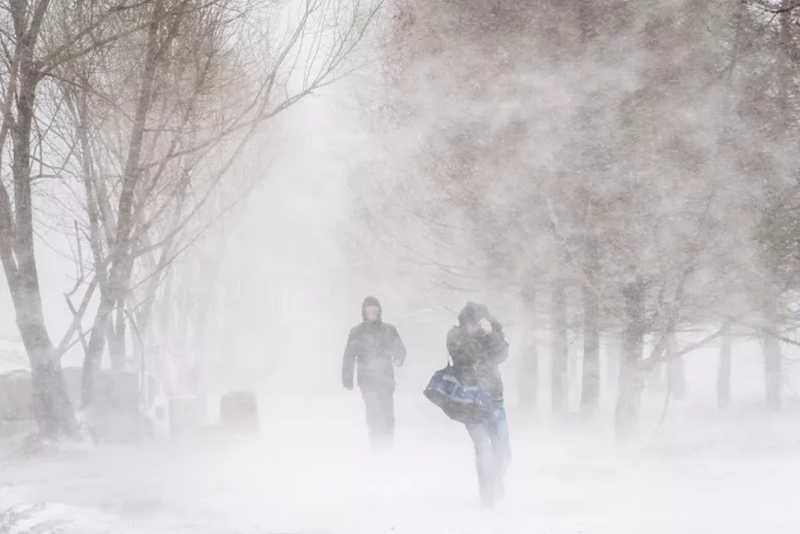 Greenie energy has been vaunted by politicians such as Barack Obama, Zhou Xiden, and virtually every European politician in power as progress itself, the way forward, the wave of the future.  Anyone who’s got problems with it, as Obama smarmily assured, is “stuck in the past.”

Turns out that’s nonsense.  After going green and shutting down its coal, fossil fuel, fracking, and nuclear energy production, and feeling mighty virtuous for doing it, Europe is now going cold — freezing cold.  The region faces a bad winter ahead with energy shortages across the board.

It’s not even October yet, and here’s a headline (9/27: Record-Breaking Cold Sweeps Europe.

Seems green energy can do everything to make a lefty European feel good except produce the actual energy.  So, courtesy of the phony prophets of greenie virtue, Europeans are going without, even as Zhou Xiden is doing his darnedest to take America down that cliff.

In an excellent signed piece by Wall Street Journal editorial writer Allysia Finley, she described the scope of the crisis:

In short, all of Europe’s green chickens are coming home to roost. Several U.K. retail electricity providers have collapsed in recent weeks because of the surging price of gas. Energy experts warn that some German power suppliers are in danger of going insolvent. Germany’s electricity prices, which were already the highest in Europe because of heavy reliance on renewables, have more than doubled since February.

Skyrocketing power prices have caused U.K steel makers to suspend production. A former energy adviser to the U.K. government warned last week that the country’s energy shortage this winter could prompt a “three-day working week”—a reference to the coal and rail worker strike in 1974 that caused the government to ration energy for commercial users.

The European Steel Association has warned that the Continent’s producers are becoming globally uncompetitive. Fertilizer producers, which use gas as a feedstock, are raising a fuss.”

It’s not just about staying warm and being able to turn the stove on.  Steel production?  Like, what Germany uses to make those nice cars they make?  Bye-bye.  Fertilizer production?  Like what’s used in agriculture, you know, to grow food?  Well, go without, do the Somalia thing and feel the fourth world.  Carbon dioxide production?  Sorry, Germany, no beer.

“The unprecedented energy crunch has been brewing for years, with Europe growing increasingly dependent on intermittent sources of energy such as wind and solar while investments in fossil fuels declined. Environmental policy has also pushed some countries to shut their coal and nuclear fleets, reducing the number of power plants that could serve as back-up in times of shortages.

‘It could get very ugly unless we act quickly to try to fill every inch of storage, said Marco Alvera, chief executive officer of Italian energy infrastructure company Snam SpA. ‘You can survive a week without electricity, but you can’t survive without gas’.”

Ugly, as in being forced to turn to Russia’s Vladimir Putin for energy production — on his terms.  He’s played Europe “like a yo-yo” on whether or not he will deliver that energy.  Finley in her piece notes that he’s already started with the games-playing to pressure Europe to deal on his terms.

The Daily Beast, reporting the matter in 2017, noted that Putin had launched considerable spy efforts to shut down fracking in Europe with lots of pollution stories, banding together with virtue-signaling greenie oligarchs.

It all sounded like such a good idea at the time.  Let’s take a look at how they got there, as reported by the Guardian back in 2011:

“In mid-March, [German chancellor Angela] Merkel stunned the German public and other governments by announcing an accelerated phasing out of all 17 German nuclear reactors as an immediate reaction to the Fukushima disaster in Japan. The chancellor now says she wants to slash the use of coal, speed up approvals for renewable energy investments, and reduce CO2 emissions drastically.

That means that the 81 million Germans living between the North Sea and the Alps are supposed to cover their huge energy needs from wind, solar, geothermal, and biomass within a few decades. Indeed, by 2030 green electricity could be the dominant source of power for German factories and households. ‘We want to end the use of nuclear energy and reach the age of renewable energy as fast as possible,’ Merkel said.”

She got what she wanted over this past decade, and we hope she’s proud of herself.

Fact is, greenie “sustainable” and “renewable” energy sources so touted by the Davos crowd are utterly unsustainable.  They’re about making money for politically connected cronies.  According to Forbes columnist David Blackmon:

“Many have championed the ‘progress’ green energy has made over the last decade in providing a more competitive product, but the facilities are still failing, and the progress has been de minimis in terms of capturing global energy market share.

Just last year, the Department of Energy watched as Tonopah Solar Energy LLC in Nevada declared bankruptcy after receiving a $737 million loan from one of their green energy programs. If you can’t make solar panels work in present-day Nevada, how do you expect them to fuel the energy needs of places like Colorado, where Sec. Granholm and Senator John Hickenlooper recently toured a solar garden?

Utility companies that stand to receive billions in subsidies to upgrade their infrastructure support the measure because it will raise rates on consumers while reducing operating costs. Green energy is less efficient and less reliable, so the cost of operations will undoubtedly go up. But with the government covering the costs of setup and repair, it means more revenue with fewer expenses. This will help stockholders far more than working people.”

Xiden wants to convert the U.S. to entirely “renewable” or greenie energy in his monster $3.5-trillion stimulus package, which is mercifully foundering in Congress but unfortunately is not dead yet.

The examples of California’s soaring energy prices, rolling blackouts, and wildfires caused by under-invested and neglected energy infrastructure don’t seem to bring any pause to Xiden and his dreams of a Europe-style greenie energy setup.

Nor does the nightmare of Texas’s first cold wave shutdown brought on by frozen wind turbines and other unreliable energy, which replaced too much of its top-of-the-line oil and gas production bother him, either.

Now Europe’s monster crisis brought on by greenie energy idiocy, which only produces way less efficient and reliable energy that’s way more expensive from the get-go, never mind the impact of shortages, is going to show him the problem some more.

Yet you can the old dotard, as well as many of Europe’s hopeless greenie voters, are not going to pay attention.  Greenie energy is a scam.  It doesn’t deliver.  “Oh, when will they ever learn?” as the Pete Seeger hippie song says.  It’s pathetic.

Calamity after calamity hits these greenie leftists in the face and they still have no intention of recognizing that green energy is a second-rate scam utterly unfit for a first-world economy or standard of living.  Now Europe is about to go black in an icy cold winter to learn the hard way.

Is that a big enough calamity for them, or do they need Russian troops in Paris to snap out of it?  Seems that nothing really works for them; they’re still bowing to the fake god of global warming.  Doddering China Zhou Xiden, meanwhile, carries on, still pushing this catastrophe for America.