GOVERNMENT BULLIES ARE DEDICATED TO DESTROYING OUR FREEDOM 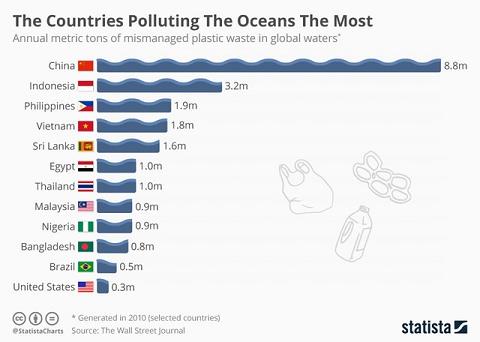 There is the natural human tendency to try to dominate or bully our fellow man or woman. Now, it is most often done by the use of government institutions and procedures.

The leaders of small tribes conquered other tribes as a way of extending their power. Eventually, these conglomerates of tribes evolved into the nation states — most often led by kings with absolute power and all of the property rights.

Occasionally, kings lost their absolute power, most often to a group of oligarchs; but, in rare cases, most male citizens (with the exception of slaves) acquired some temporary power, as in the case of the Ancient Greek city-states.

The modern idea of individual liberty and the right to own and control property is of very recent vintage.

In the English-speaking world, it is most often traced back to the Magna Carta of 1215. The original document, frequently revised in subsequent decades, was actually a treaty between King John and a number of his barons, whereby he granted some property rights and liberties in exchange for debt forgiveness.

It was not until the Glorious Revolution in 1688 that as many as 12 percent of the English population actually had voting rights and clear title to property.

And it was not until the passage of the American Constitution in 1789 that property and voting rights were extended to all males (except for slaves) — which was unique for the world at the time.

Liberty, voting and property rights continued to be expanded in the United States, with the freeing of the slaves (by Republicans) in 1863, the granting of women voting rights in 1920 (the passage of the 19th Amendment, of which “much of the opposition to the amendment came from Southern Democrats”), and the end of Democrat Jim Crow laws in 1965.

Democracy, liberty and property rights expanded in much of the rest of the world from the two centuries from the birth of the United States through the collapse of the Soviet Union in 1991.

Unfortunately, there has been some retrogression in liberty and property rights in the past two decades as a new class of bullies has emerged in many parts of the world and the United States.

In the US, freedom of speech is now under attack in many universities and elsewhere. Socialism, which was thoroughly and quite rightly discredited, has now gained an audience with many young people and those in the media seemingly unaware that socialism requires coercion and a loss of liberty, and ultimately destroys economic well-being and lives.

Large nation states and alliances of countries, notably the European Union (EU), are increasingly employing thuggish tactics against small states that choose to have different laws and tax systems.

Several months ago, the EU put 17 countries on a blacklist — including South Korea, Barbados, Panama, the UAE, Mongolia, Namibia, Trinidad & Tobago, etc. — with a warning to 47 others that they also may soon be listed, for the sin of not matching up to “international standards” as defined by the bullies that run the EU.

The problem is many of the EU countries have excessively high and prosperity-destroying tax-systems, and hate the competition from countries that provide high levels of government service with far lower tax rates and more efficient systems.

The EU and the international institutions they control, like the Organization for Economic Co-operation and Development (OECD), are also demanding that other countries destroy financial privacy, private property protections, and require that business firms engage in non-productive and highly costly regulation.

Many of the countries under attack have only become prosperous in recent years, and the demands of the bullying officials and bureaucrats in the EU would have the effect of reversing many of the economic gains that have been made.

There is a long history of those in government bureaucracies caring little about the people they are supposed to serve, but only about their own well-being and power. Examples can be found at all levels of government — from the effort to impose global tax and financial regulatory schemes to banning the use of plastic drinking straws.

Politicians and bureaucrats are proving themselves to be petty, incompetent, unreasonable and stupid when it comes to the drinking straw issue. The claim has been made that Americans use 500 million plastic straws a day.

The source of the number comes from a 9-year-old student in Vermont who made the estimate for his science project. That is the “research” that the environmental groups and the news media are relying on.  Even the New York Times admitted last month (7/19) the boy sky-hooked the figure: How a 9-Year-Old Boy’s Statistic Shaped a Debate on Straws.

There has been no cost-benefit analysis of banning plastic straws. Plastic straws make up far less than 1 percent of all the plastic waste generated in the United States. What are the alternatives to plastic straws? How are little kids going to drink out of their juice boxes without making a mess?

Last week, while traveling, I went to a restaurant where I was given an uncomfortable metal straw for my ice tea. The waiter told me they needed the straw back because they wash it for the next customer (or so they say).

Has anyone determined how much energy it will take to wash each straw — and how can we be assured that the washing will be done sufficiently well to not spread disease? Of course not, because the real issue is not plastic waste but the extension of government control over our lives.

If government bullies can legally destroy all of our financial privacy and dictate the means by which we consume beverages — and everything in between — are we really free?

Richard W. Rahn is chairman of Improbable Success Productions and on the board of the American Council for Capital Formation