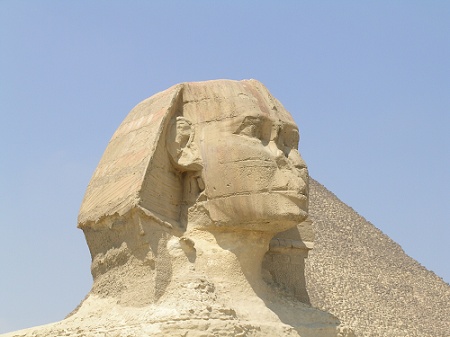 The Sphinx – photo by Jack Wheeler

[ssba]Luxor, Egypt.  Haven’t you always wanted to go to Egypt?  To see the Sphinx and the Pyramids, sunset on the Nile, the Tomb of King Tut, experience ancient mankind’s most glorious civilization?

It’s all here – and yet, tragically for millions of Egyptians, people around the world who dream of seeing all of this and so much more are afraid of coming here.

Why?  For that you have to read Joel Wade’s The Benefits of Ignoring TV News in today’s TTP (01/12).

When I announced our visit to Egypt, I got a number of replies saying they’d love to go, they always wanted to, but it was just too scary now.

These are folks who have been watching way too much TV news.  Maybe they’re scared now to go to Ft. Lauderdale.

Joel is talking about the damage that watching TV news can do to individuals.  Here you see the damage it is doing to an entire country.

The vast majority of Islamic terrorism is not directed at us infidels – it is directed at the terrorists’ fellow Moslems.  Egypt is a predominantly Moslem country.  Out of its 90 million people, some 77 million or so adhere to various interpretations of Islam.  There is a quite sizable Coptic Christian population of almost 15%, or more than 12 million.

Whenever some Jihadi wacko commits a terrorist act, only the proximate purpose is to kill or wound people – the principal purpose is to make people around the world who watch a news report of it be afraid to come here.

Which means the terrorists’ express purpose is to gravely damage Egypt’s economy – to make the millions of Egyptians with jobs in the tourist industry jobless and destitute.

We are staying in the best hotel in Luxor, the Luxor Hilton. Right on the Nile – here’s the sunset from our balcony: 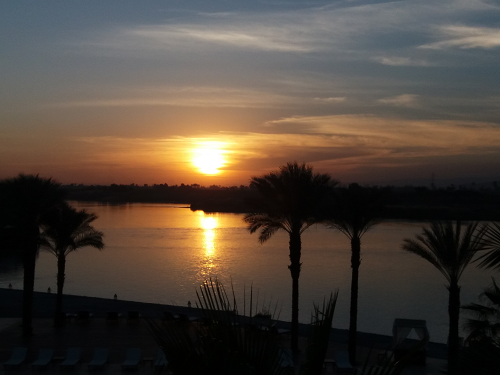 It has 30% occupancy.  Everyone here is so welcoming and friendly, trying their best to do a good job for you.  Your heart goes out to these people – their lives are being ruined because of a handful of wackos.

A grand total of three Americans have been killed by terrorists in Egypt over the last 13 years.  But wacko TV news – the worst is CNN as it’s so global – magnifies this to the asteroid belt making countless people afraid.

So let me state this clearly:  We are safe here!  We have had absolutely no problems or difficulties whatsoever.  What’s more, the crowds are small and the prices are low.  Egypt is one of the great travel bargains on the planet now.

Come to Cairo and see the treasures of King Tut.  Many art critics consider the burial mask of Tut to be one the greatest works of art in history: 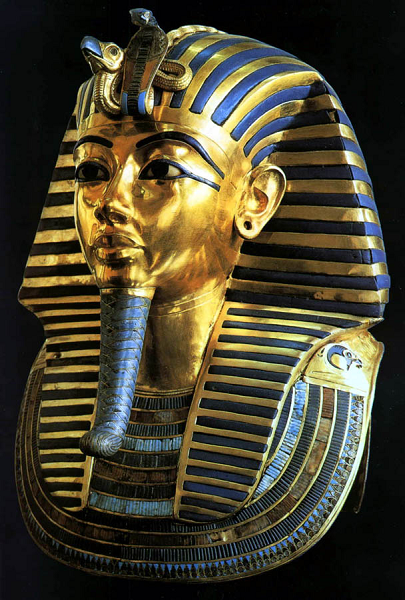 For me, however, it is Tut’s throne chair of solid gold, with Tut being gently caressed by his Queen, Nefertiti: 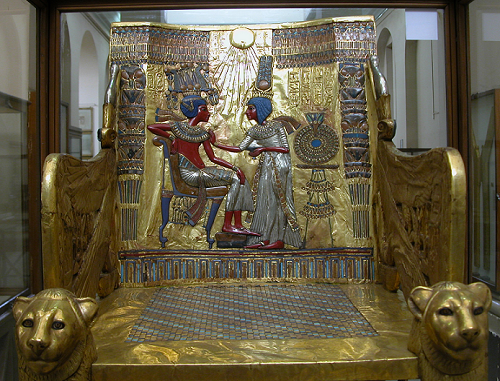 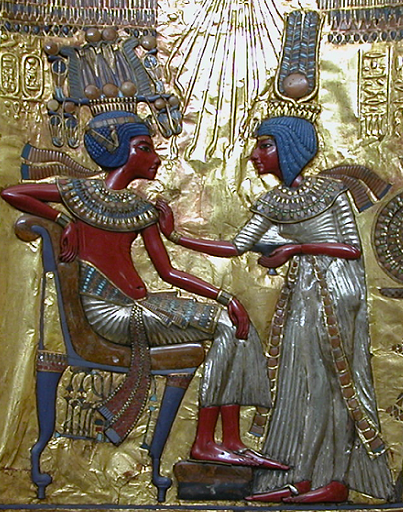 There are the Sphinx and the Pyramids of course – although you can’t climb the Great Pyramid now as I did back in 1971.  At least I could stand at the spot where I began my climb: 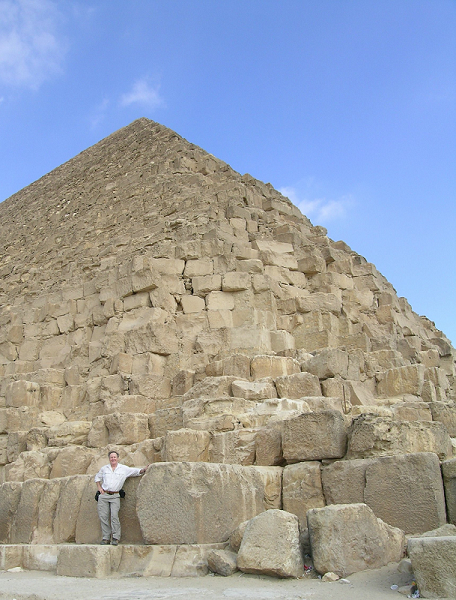 Come to Luxor and see Egypt’s most extraordinary temples, the Great Hypostyle Hall at Karnak, and Luxor lit up at night:

Across the Nile on the west is the Valley of Kings, where Tut and many other pharaohs were buried.  Here is Tut’s burial chamber, where his soul is being welcomed to heaven by the god Osiris: 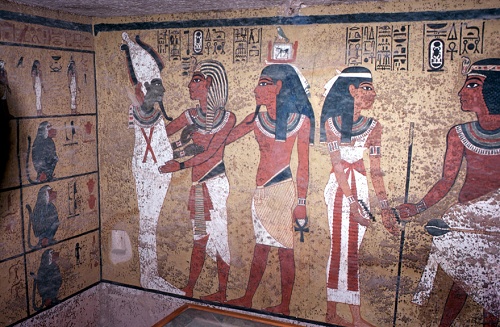 There is vastly more.  You owe it to yourself to see and experience all of this at least once in your life.  And if you’ve been here before, come again!  Every time I am here, I learn so much more.

Don’t let fears instilled by the fear-mongers of TV news prevent you.  You’ll have a wonderful time, I guarantee it.

Ps:  My “nutshell history” of Egypt is Cleopatra Was A Blonde from March 2005.  Back then, I took my son Jackson.  Today, I am here with my wife Rebel and our other son Brandon.  We are indeed having a wonderful time. 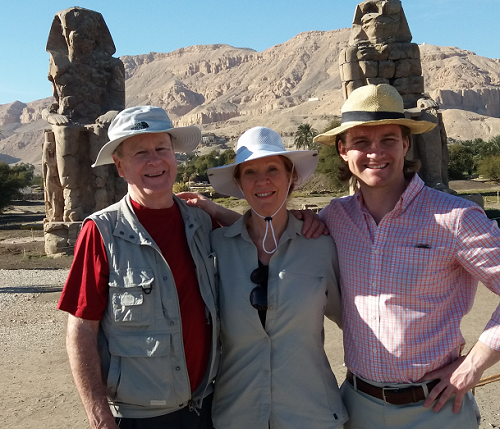