FPX’S HONEYMOON IS ALREADY OVER 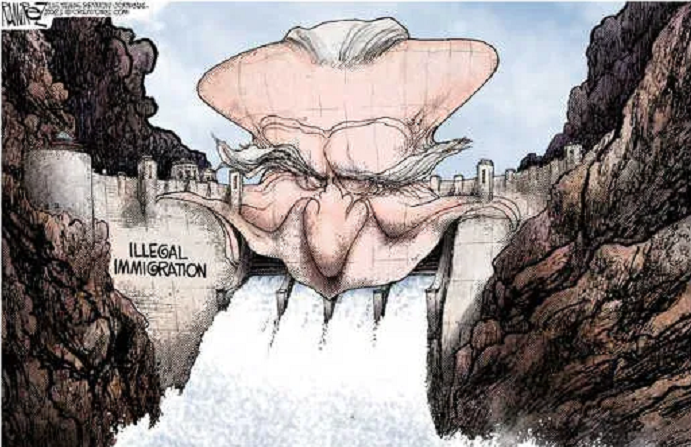 So far, after nearly three weeks of the Xiden Administration, the only aspect of his campaign promises that has been fulfilled is the promise of a quieter America.

He rarely speaks to the press, does not travel around the country encouraging his supporters with robust and provocative speeches, rarely takes to Twitter, and is not being harassed by a rabidly hostile media as his predecessor was. I am a fervent supporter of President Trump and yet appreciate this comparative quietism.

All there ever was to counter these achievements were his exhausting tendencies: there was never peace and quiet.

But do we really have that now?

[FPX] has allowed the honeymoon that he has received from the media (and which was so shabbily denied to his predecessor) to be interrupted by what is almost certain to be one of the most absurd fiascos in modern American history.

It will be a farce of unconstitutional posturing and recrimination, and will fully air the former president’s significant arguments that the result of the late election is suspect.

{FPX] had the opportunity and good reason to intervene to turn this nonsense into a censure vote which some Republicans would have supported. Instead, he will not find it like falling off a log to retrieve his honeymoon after this foolishness has been disposed of.

For the principal takeaway from it will be the questionable election result, a matter that his media and social media allies have gone to totalitarian extremes to suppress.

Eighteen days are only a little over one percent of a president’s term, but as in all journeys, the first step is the most important. And that was to immediately rule by decree, with a blizzard of “orders” worthy of any third world dictator.

So far, [FPX’s[ promise of cooperation and unity has consisted of a two-hour meeting with 10 conciliatory Republican [i.e. RINO] senators, followed by no attempt at all to compromise on COVID relief, and recourse to the budget reconciliation process to squeeze by with zero Republican support.

On other major policy fronts, there has been a discouraging retreat to the most mistaken and hidebound practices of the Obama Administration.

In foreign policy, it is the incipient resuscitation of appeasement of the brutal and aggressive Iranian theocracy; in domestic priorities, it is the appeasement of the Luddite teachers’ unions over any consideration for children, parents, or the beleaguered cohort of teachers who actually wish to teach.

The teachers’ unions gave $43.7 million in political contributions last year, 98 percent of it to the Democrats. It is understandable that [FPX] would bear that in mind, but disappointing that he would respond so slavishly as to fail to join the great majority of society, including his CDC director, Dr. Rochelle Walensky, in asking the teachers to respond to the fact that it is not now dangerous to reopen the schools.

The teachers do an indifferent enough job producing steadily lower competitive performances for their graduates. They should heed the example of the public charter, private, and Roman Catholic schools, which are almost all open, and end their demand for a paid holiday while their students go uneducated and become increasingly demoralized, and their parents come under great strain.

When even Chicago’s egregious Mayor Lori Lightfoot is threatening to lock out absent school teachers, but is getting no support from the White House, it is a depressing sign of where this administration is going.

The principal foreign policy initiative of the new administration has been to make benign noises toward Iran and appoint as special envoy for Iranian affairs Robert Malley.

This man was Obama’s chief negotiator of the nuclear agreement that returned $150 billion of frozen assets to Iran, ended sanctions against the mullahs, and assured Tehran’s ability to become a nuclear power after a 10-year pause that would be verified by limited inspection for the duration of the agreement.

President Trump departed from the agreement, reimposed heavy sanctions, made it clear that a nuclear and military Iran was not acceptable, and cited Iranian sponsorship of terrorism as the reason for his action.

The resulting pressures have caused great unrest within Iran and sharply reduced its ability to assist Hamas in Palestinian territories, Hezbollah in Lebanon, and the Houthis in Yemen—terrorists all.

The [FPX] Administration, however, has now abandoned its support of the Saudi sponsorship of resistance to the Houthis, and there is ample reason to fear that the entire policy of containment of Iran is being abandoned in favor once more of the appeasement of that regime while ignoring Israeli and Arab opposition to the fundamentalist revolutionary government of Iran, the world’s principal terrorism-supporting state.

There is also ample reason to fear that the [FPX] Administration will reverse President Trump’s progress in the Middle East and revert to giving an effective right of veto over any progress to the traditionally terrorism-supporting Palestinian Liberation Organization.

Further, that it will dismantle the increasing cooperation the former administration promoted between Israel and the Arab powers, leading to the Abraham Agreements with the United Arab Emirates, Bahrain, and South Sudan – for which President Trump has been nominated for the Nobel Peace Prize.

The State Department recently divulged that Iran, contrary to the inspection regime in which Obama, [FPX], John Kerry, and Robert Malley placed such confidence, may be on the brink of becoming a nuclear military power. If this is so, it will be the first major foreign policy test of this administration and its record to date inspires no confidence that it is prepared to meet it.

The media pretends the honeymoon is officially continuing, though sidelined by the impeachment circus for a time. Trump will win the last round of this phase, and at the end of it, the country’s impatience will be rising for [FPX] to do something useful – instead of destructive (see Floodgates above).

In truth, this honeymoon was a stillbirth.

Conrad Black is one of Canada’s most prominent financiers, and the author of Donald Trump: A President Like No Other.