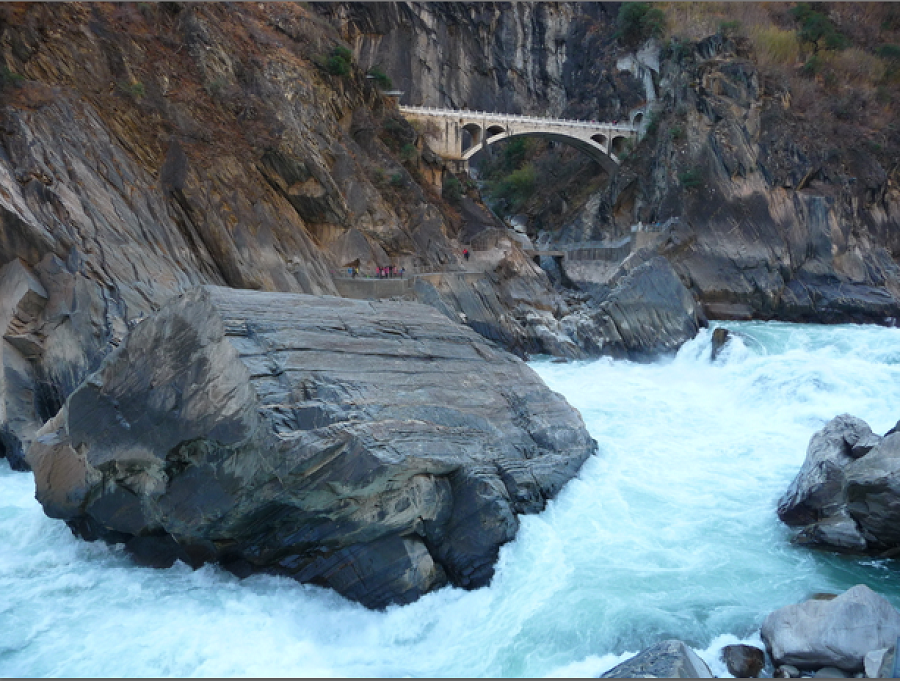 Many centuries ago, a tiger was plaguing the Naxi people who live in the mountains where the Yangtse River cascades off the plateau of Tibet.  He was eating the goats the Naxi needed to feed themselves.  So Naxi hunters chased the tiger into a deep narrow gorge of the Yangtse where they were sure they had him trapped.  Suddenly, the tiger sprang onto a large rock in the center of the raging river and from there leapt to the other side and escaped, never to be seen again.

Ever since, where this took place has been known as Tiger Leaping Gorge.  Here you see Tiger Leaping Rock.  I was first here in July 2002 on our overland expedition across eastern Tibet.  Last time 2015.  Maybe again? (Glimpses of Our Breathtaking World #141 Photo ©Jack Wheeler)