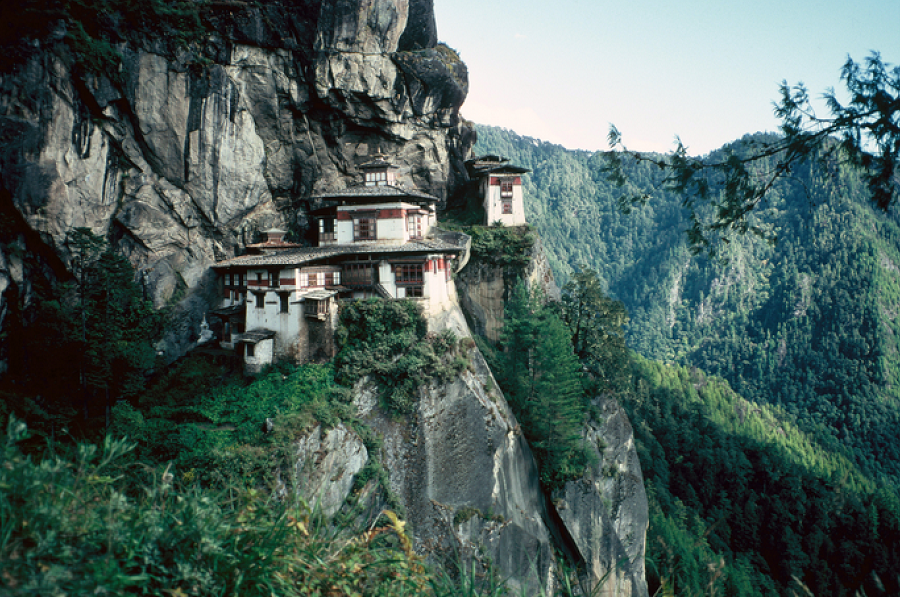 November 1990. The “Tiger’s Nest” or Taktsang monastery is built in front of caves on a vertical cliff-face high above the Paro Valley in the Himalayan Kingdom of Bhutan. Originally a meditation site of the founder of Tibetan Buddhism, Padmasambhava in the 700s, the monastery temples were first constructed in the 1600s.

Bhutan is arguably the most fabulously exotic country on earth, still adhering to the ancient traditions of Ningma (Red Hat) Tibetan culture. It is quite a steep hike to the Tiger’s Nest but certainly worth it. We’ll be conducting an in-depth exploration of Bhutan this coming November. (Glimpses of Our Breathtaking World #133 Photo ©Jack Wheeler)