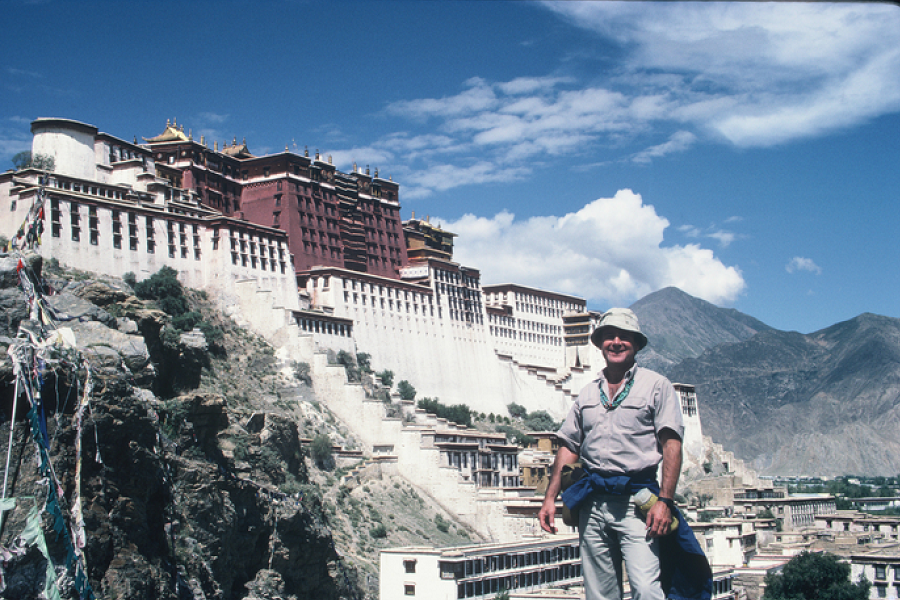 Lhasa, Tibet, 1986. Built in the mid-1600s, the Potala in Lhasa, Tibet was the home of the Dalai Lama as the incarnation of Avalokiteśvara, the Buddhist deity of compassion, until the Communist Chinese colonized Tibet in 1959.

The Potala is one of the world’s great architectural wonders, thirteen stories high with molten copper poured into the foundation to stabilize it from earthquakes, 1,000 rooms, 10,000 shrines, 200,000 statues.  I’ve been here several times since 1986, and it’s always such a powerful experience.  Yet to Tibetans, this is a “dead” building as the Dalai Lama is gone.  It is my hope that someday, the Dalai Lama will live here in a Free Tibet once again. (Glimpses of Our Breathtaking World #114 Photo ©Jack Wheeler)