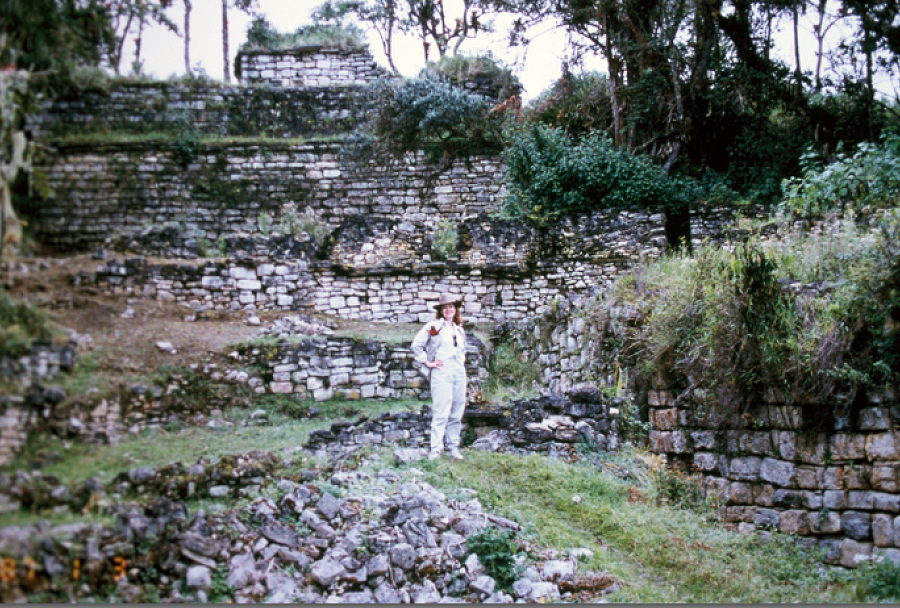 10,000 feet high in the Amazon cloud forests of northern Peru is a mysterious lost city built by an unknown people many centuries before the Incas existed. Known as Kuelap by villagers in the lowlands below, the Incas called the people who built it Chachapoyas, “Cloud Warriors.” I led an expedition here in 1994, climbing high up into the Amazon Andes to come upon gigantic stone walls 60 feet high surrounding hundreds of stone structures. Here you see Rebel among them. We’ll be here again in a year or two in another exploration of Peru. (Glimpses of Our Breathtaking World #153, photo ©Jack Wheeler)