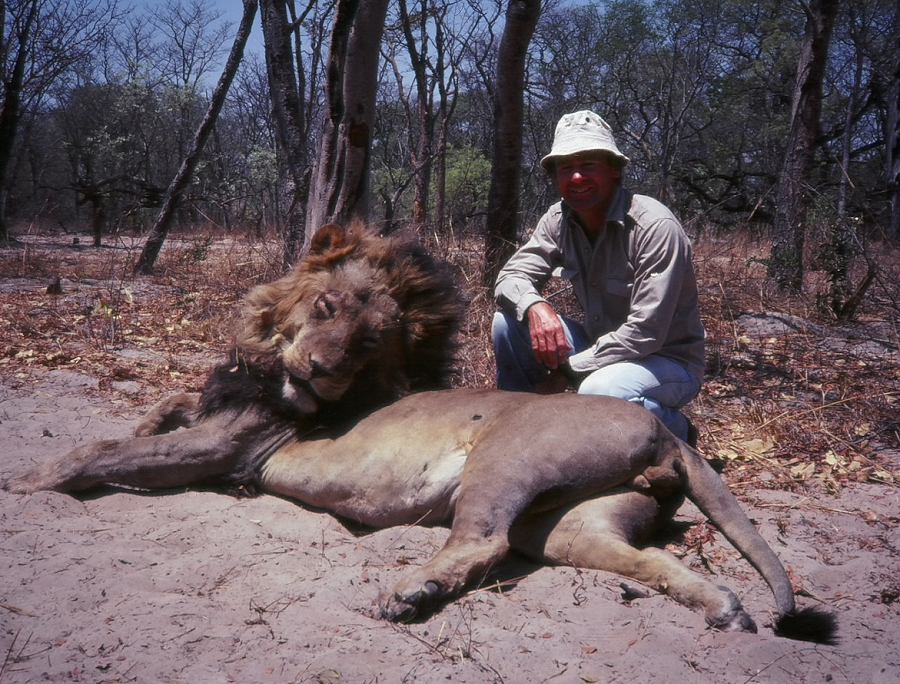 August, 1983.  It was pitch-black dark as I and a couple dozen heavily-armed UNITA guerrillas were rumbling over the roadless Angolan bush in a huge captured Russian truck.  Suddenly there was an entire pride of lions running in front of the truck’s headlights.  As they scattered, without warning a massive black-maned male jumped in front of us.  The driver didn’t have time to swerve – we crashed into him full on, killing him instantly.

The UNITA fellows had me pose with him the next morning – obviously with no rifle as I was not hunting.  It was to memorialize a tragic ending to a magnificent animal. (Glimpses of Our Breathtaking World #125 Photo ©Jack Wheeler)