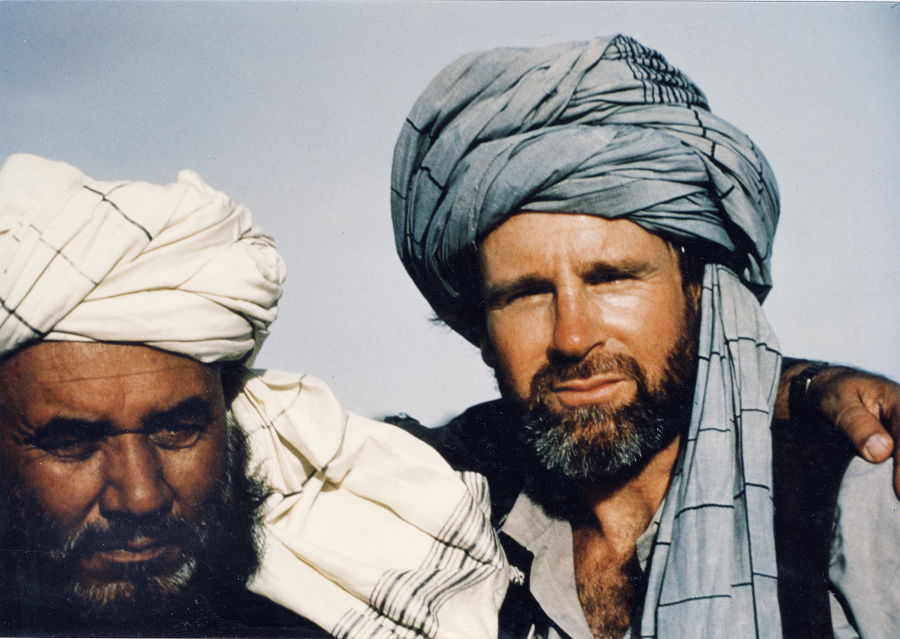 Afghanistan, 1984. Yes, that’s me with the legendary Qari Baba, Commander of the Harakat Mujahaddin waging a war of liberation against the Red Army of the Soviet Union – and my dear friend.  I told him he looked like a combination of Genghiz Khan and Buddha, and he couldn’t stop laughing.  We had so many extraordinary experiences together – like blowing up the Soviet High Command of Bala Hissar in Ghazni.

After the war was won with the final Soviet retreat in February, 1989, Qari Baba became the Governor of Ghazi Province.  Then Pakistani Intelligence (ISI) created the Taliban to seize control of the country.  Qari Baba had to take up arms anew against them.  In March of 2006, he was assassinated by a Taliban hit team on orders from the ISI.  I will never ever forget him. (Glimpses of Our Breathtaking World #111 photo ©Jack Wheeler)