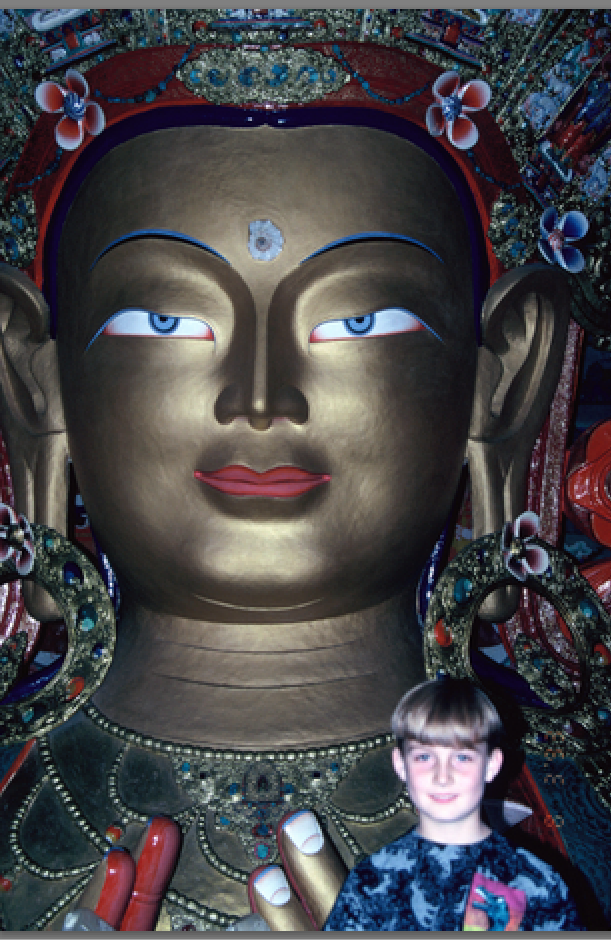 High in the Himalayas of India in the remote moonscape of Tibetan Ladakh is the gompa (Tibetan monastery) of Lamayuru.  It is older than Tibetan Buddhism, for it was originally a gompa for the lama monks of Bön, the ancient animist religion of Tibet.  I took my son Brandon here on an expedition through Tibetan India in 1993.  Brandon had his 10th birthday here.  Behind him is the enormous statue of blue-eyed Sakyamuni Buddha in the central prayer hall.

Brandon has never forgotten Lamayuru as anyone who has been here never does.  We’ll be here again next summer – and Brandon will be leading the expedition.  (Glimpses of our breathtaking world #151 photo ©Jack Wheeler)