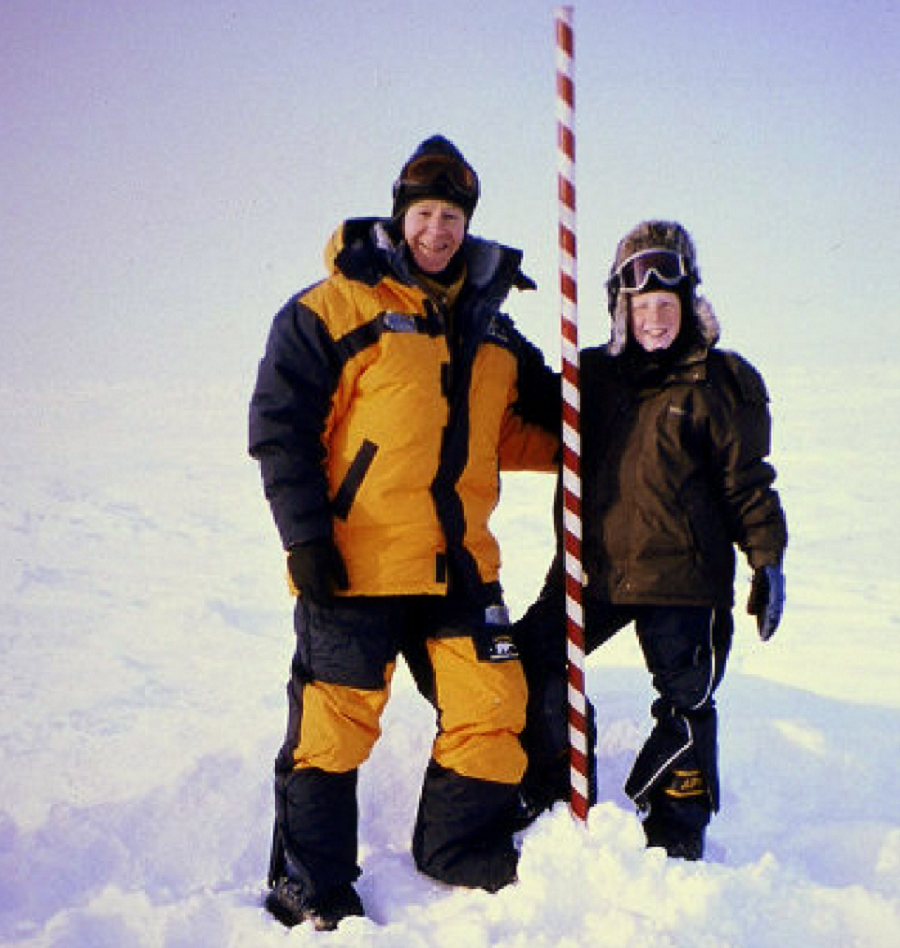 April, 2003. On my 21st expedition to 90 North, the geographic North Pole, I took my son Jackson. He was nine, but handled it like a trooper. And no wonder – it was his third time! The first was when he was just six, following his brother Brandon whom I had taken to the Pole back in 1990.

We landed our ski-equipped Twin Otter on the sea ice – and as it’s featureless with the ice slowly moving on the Arctic Ocean surface, nothing stays there for long. So if you want a physical candy-stripe North Pole, you have to bring your own! It is so indescribable to actually be on the very top of our planet that it has to be experienced to be understood. (Glimpses of Our Breathtaking World #95 photo ©Jack Wheeler)