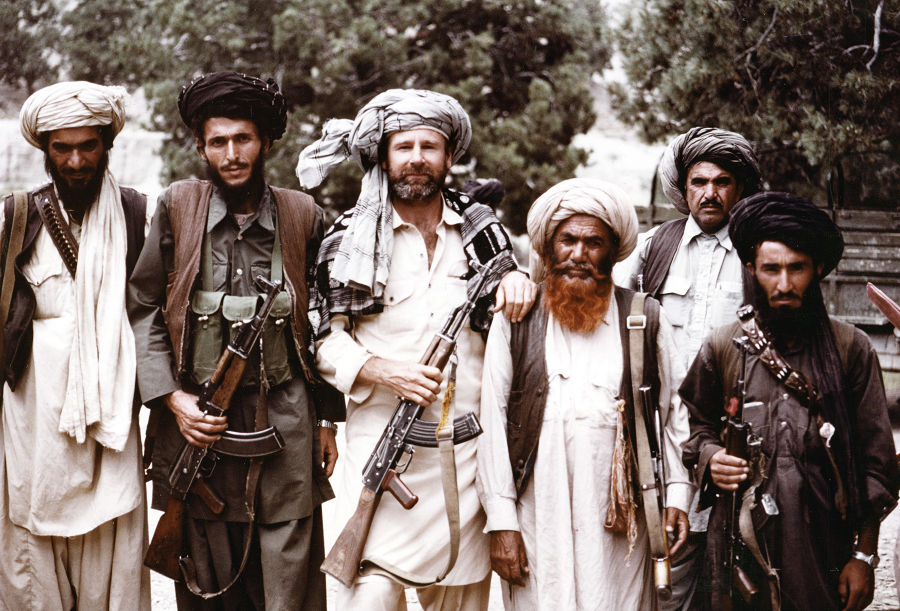 I showed this picture to my mother after my latest sojourn with the Afghan Mujahaddin fighting the Soviet Union and she didn’t see anything unusual.  She didn’t recognize her own son standing in the middle.  Good thing – if I had been caught by the KGB or Spetsnaz, it would have been, ahh… unpleasant.  I was there with the “Muj” at least a dozen times until they defeated the Soviet Red Army in early 1989 – which led to the Fall of the Berlin Wall eight months later and the extinction of the Soviet Union itself by the end of 1991.  It was one of the most thrilling – and consequential – adventures of modern times. ( Glimpses of Our Breathtaking World #80 photo ©Jack Wheeler)