2 The Point News » Behind The Lines » Free Articles » ENOUGH! 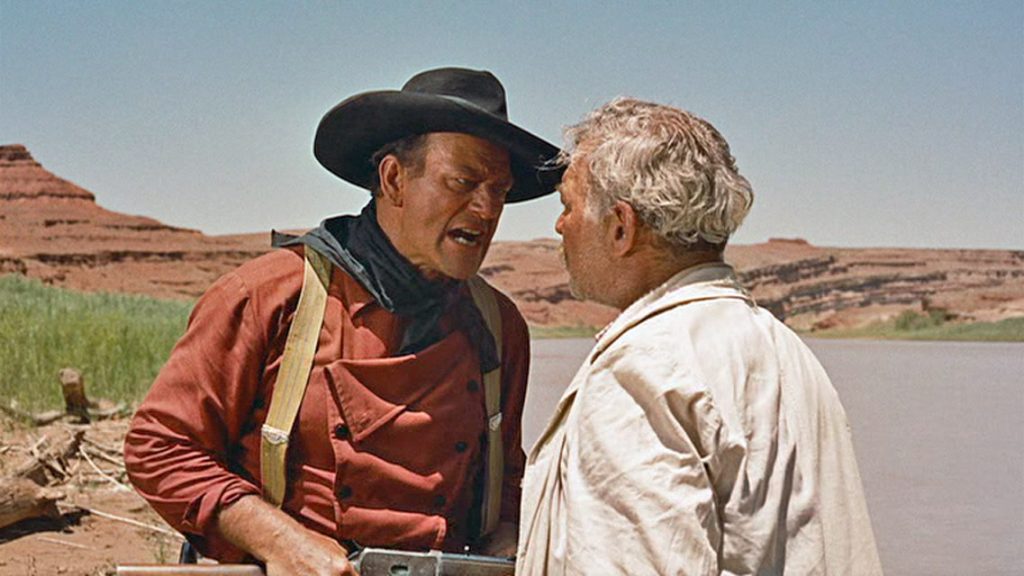 There’s a scene in John Wayne’s greatest movie, The Searchers, where Ward Bond stops Wayne from killing a savage Comanche who had slaughtered his brother’s family and raped-murdered their daughter.  “That tears it! Wayne shouts, as he vows to hunt down the savages without him.

And he does.  Near the movie’s end, he finds the Comanche chief “Scar” and scalps him.  That’s the way I feel towards the Trump-hating, America-hating Left right now – from Hollywood “celebrities” to CNN/NYT Fake Newsers to Deep State Scum like Comey and Brennan.

I want their scalps.

Earlier this month (6/05), I wrote “Where’s the Left’s Horse?”  It referred to the famous scene in The Godfather when the movie producer who had insultingly refused a polite request from the Godfather woke up the next morning with the bloody head of his beloved horse in his bed.

“What is it,” I asked TTPers, “that, if it happened to the Left’s culture mavens, from the New York Times to Facebook, Twitter, and Google, they would react with total submissive terror the same as the movie producer in The Godfather?”

With that, I solicited “your ideas on what psy-ops would so disintegrate the minds of the Left they would no longer be able to carry on their demented campaign of hate and destruction upon our country.”

TTPers responded with more posts on the Forum than we’ve had in some time.  I appreciate them all.  Yet in the meantime, Left Derangement has gotten worse.

By going berserk with a manufactured illegals-with-children crisis, the Dems from Schumer on down have exposed themselves as what we knew they were all along – they want to destroy our country with no borders so millions of illegals can vote them into power.

Of course the whole phony crisis is meant as a distraction both from Trump’s triumphant summit with Kim and the release of the devastating IG Report.  Libtard Celebs know this, yet used it as an excuse to full-frontal unleash their Trump-hatred.

Two of the worst were talentless hag Kathy Griffin tweeting the most filthy language about First Lady Melania, and Peter Fonda’s (brother of Traitor Jane) threatening to kidnap her son Barron so he could be raped by pedophiles.

A curious projection that – given that Fonda is such a pedo himself he made a movie having an affair with a 13 year-old girl (Wanda Nevada).

Because of all this, Douglas MacKinnon in TTP and Investors Business Daily warned this morning: “We Are On The Verge Of Someone Close To Trump Getting Killed.”

It needs to be the other way around.  There needs to be stories headlined: “We Are on the Verge of Trump Haters Getting Killed.”

So I take back my caveat in the Left’s Horse essay, that: “Physical violence is not a necessary condition for inducing terror in the enemy.”

After giving several examples of Leftist-Democrat violence such as at Republican meetings, he concluded:  “Any Leftist Dem thug should never be able to start anything at a Republican Meeting and leave, except on a stretcher. We didn’t bring the violence to them, but like my Dad told me many years ago, ‘Never Start it; Always Finish It’.”

Alfred urges conservatives to move to a concealed carry state and arm (and train!) yourself with a “Pocket Rocket” like a .380.  And if you can’t, he says, “at least get a Mini Mag Light. Held in the fist, with the lens under the thumb, and the pommel protruding past the little finger, you have a formidable striking weapon.”

That is fighting in defense whenever physically assaulted by Leftie Fascisti.  Now however, we need to bring the fight to them.

As TTPer Billy D. says, “The left knows that physical violence is off the table with ‘normal’ folks! Their ‘Godfather’ moment will come in the form of mass violence against their SWJ leaders until there are no SWJ leaders left willing to stand!”

There were many excellent TTPer suggestions, well thought out and on target – like Skye’s offering X-prize awards for digging up dirt on Dems.  I encourage you to consider them in the Forum Discussion of Where’s the Left’s Horse? – and join in yourself.

Yet we’ve reached a point where there’s no time to lose, that any long-range solution takes too long.  We need to scare the Left Fascisti so much they soil themselves.  We need raucous egg-throwing protests at Kathy Griffin’s and Peter Fonda’s homes – and wherever Allison Hrabar lives.

She’s the DOJ employee who led a screaming leftie meltdown at DHS Secretary Kirstjen Nielsen at the MXDC Mexican restaurant – which also needs a healthy protest blocking customers etc. as the Manager of MXDC was “happy” about the incident.

To step it up, we need memes that give Lefties nightmares.  I don’t know how to make them.  Here’s an example of a good meme: 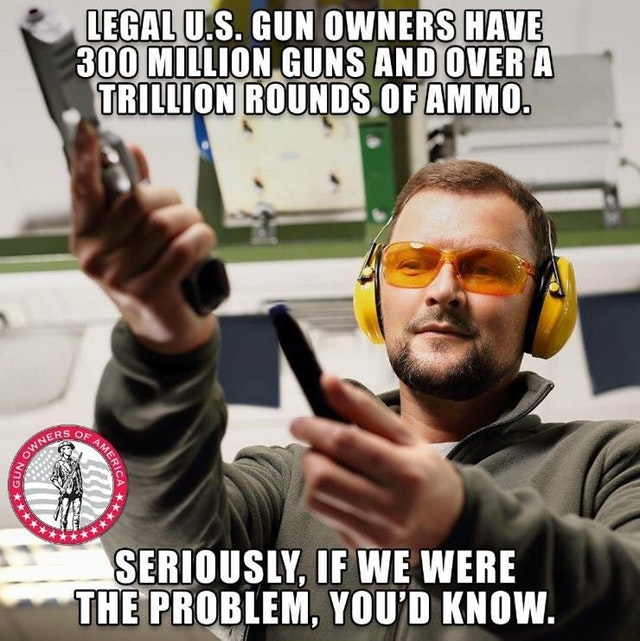 In truth, they need to know just how quickly we will be the problem if they don’t shut up.

I have in mind a photo of Kathy Griffin in a rifle scope’s crosshairs.  Above it would say in big white letters:  HEY KATHY!  EVER HEAR OF CHRIS KYLE?  Below it would say:  OUR CHRIS KYLE HAS YOU IN HIS SIGHTS.  In small letters underneath: McMillan TAC-338, Leupold scope, 1800 yard range, you’ll never know what hit you, Kathy.

Do the same with Fonda or the Libtard Dirtbag Celeb of your choice.  Plaster it all over the Web, have protests with posters of it at their homes.

Do the same with Jim Acosta of CNN, the Editors of the NY Times, Facebook’s Mark Zuckerberg, Twitter’s Jack Dorsey, Google’s Eric Schmidt, and local Hate Trump Fake Newsers in your city.

We could do the same with our feckless DOJ.  I envision head shot photos of Comey and Brennan, again in crosshairs.  Above:  HEY DOJ!  PUT THEM IN PRISON OR THEY’LL BE IN THE GROUND.  Below:  YOUR CALL.

We are now in real crisis stage.  The Left is ginning itself up rapidly to justify outright assassination of our elected leaders and their families.  The attempt on Steve Scalise was just an amuse-bouche.  You can be confident that this will happen.  They will try. Read Douglas MacKinnon.

We have to get them to be too terrified of the consequences should they try.  And if they do, we need folks with the skill and will to effect those consequences.

Our country’s existence and all that it stands for is on the line.  It is absolutely imperative we force the Crazy Left with whatever means required to shut up.  No more!  Enough!

The Crazy Left is within inches of becoming criminally insane.  TTPer Joe Katzman is exactly right when he says they want to kill us.  As in physically dead.  We need to terrify them of what will happen to them if they act on their impulse.