2 The Point News » Adventure/Explore » ELEPHANTS IN THE SAHARA

ELEPHANTS IN THE SAHARA 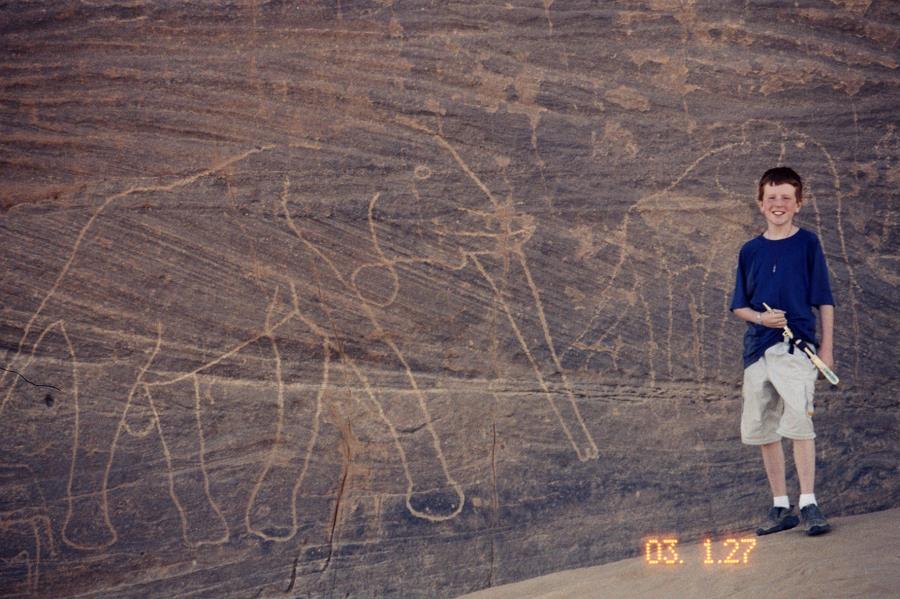 10,000 years ago, the Sahara was green, with lakes, rivers, and such an abundance of animals it was a hunting paradise for people who lived here. You’ll find their petroglyphs carved on to rock outcroppings like this that my son Jackson and I found on a Trans-Sahara Expedition in 2003.

The Milankovitch astronomical cycles that drive Earth’s climate produced a West African monsoon that greened the Sahara back then. When the cycles shifted ending the monsoon, the Sahara turned dry desert as it remains today. Political cycles that permitted a peaceful crossing of the world’s greatest desert have also shifted, making this too dangerous now.

A Trans-Sahara Expedition is one of the world’s great adventures. Hopefully, one will be possible again in the not-too-distant future. (Glimpses of Our Breathtaking World #7 photo ©Jack Wheeler)