EDUCATIONAL FREEDOM IS ON THE MOVE 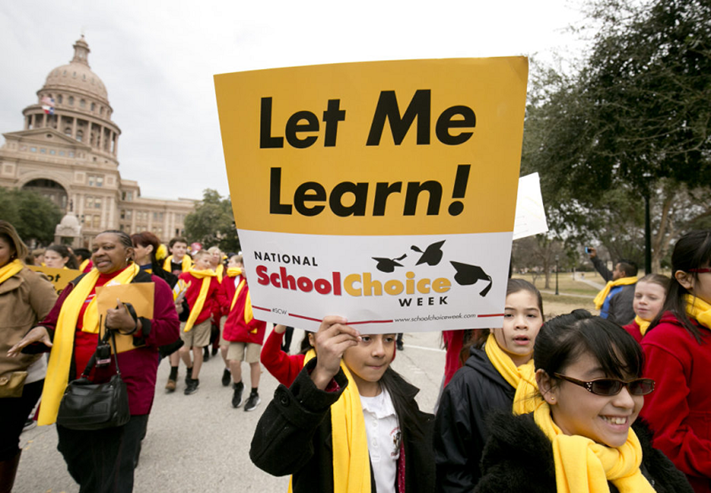 Just a few weeks ago, COVID-related lockdowns were leading many states to implement or advance already existing school choice measures. Now it is happening at breakneck speed.

Legislators and parents have become fed up, and are doing what they can to regain control of the educational lives of children. They have watched as private schools flourish, while many of the government-run variety—typically at the behest of the teachers’ unions—have been shuttered.

Also, because of forced online learning, parents have been given a Zoom-view as to just what teachers are—and are not—teaching. Quite an eye-opener.

As the Wall Street Journal notes, 50 school choice bills have been introduced in 30 states this year. Kentucky voted in a tax-credit-funded education savings account, its very first school choice legislation.

As Lindsey Burke, director of the Heritage Foundation Center for Education Policy, explains, in Kentucky:

“Students from families with incomes below 175 percent of the federal poverty line will have access to education savings accounts. The program is available to students living in counties with more than 90,000 residents, and will initially be capped at $25 million.”

In North Carolina, House Bill 32 is currently working its way through the legislative process. If passed, the “Equity in Opportunity Act” will increase funding for the existing voucher program and allow more students to apply for scholarships.

Perhaps the most interesting state to advance educational freedom is West Virginia, which on March 29 passed the most expansive school choice program in the country.

Under the new law, all parents have unrestrained options. If parents choose a private school for their kids, they will receive 100 percent of their state education dollars—$4,600 annually—to help defray expenses. In addition to private school tuition, parents can use the funding to homeschool or for other education expenses.

The new law stands in stark contrast to 2018 when Mountain State educators made news by launching an illegal statewide strike, which morphed into the nationwide “Red for Ed” movement. Interestingly, today the unions have been pretty quiet about the new law.

Patricia Rucker, chairwoman of the Senate Education Committee and chief architect of the ESA effort, explained that when legislators pushed for reforms in 2019, they caught a lot of flak from the teachers union. But this time around, she says it has been quiet. “The unions don’t like the bill, but our phones aren’t ringing. We aren’t getting emails. It’s nothing like last time.”

Even in California, hardly a school choice mecca, there is rumbling. A revolutionary universal education savings account initiative is in the works for the November 2022 ballot. The ESA would give parents control of the money the state spends on educating their child. The funds would be spent on the school of their choice, and any money not spent would accumulate and could be used for college or vocational training.

Additionally, California State Assemblyman Kevin Kiley has proposed “Cal Grant K-12,” a privately funded grant program that would “help parents who have been forced to pay out-of-pocket expenses to keep up with their children’s remote learning.”

According to Fox News, the bill “incentivizes individuals and businesses to make donations that will provide eligible students scholarship funds they can use for approved expenses to help reduce pandemic-induced learning loss.”

It’s important to note that homeschooling has more than doubled during the lockdowns. The U.S. Census Bureau informs that in the fall, “11.1 percent of households with school-age children reported homeschooling.”

The perennial teachers’ union mantra that any privatization measure siphons public money and thus hurts public education is as wrong today as it always has been.

A new study from the University of Arkansas reveals that:

“Higher levels of education freedom are significantly correlated with higher NAEP achievement levels and gains even after controlling for key state conditions such as per-pupil education spending, student-teacher ratios, teacher quality, household income and other features of the student population.”

Also, researcher Greg Forster points out that a large body of empirical data finds that “school choice programs improve educational outcomes both for students who use them and students who remain in public schools, as well as alleviating ethnic segregation, strengthening the civic values of our democracy, and saving money.”

As a result, the American public is embracing school choice more than ever. After surveying 1,000 parents in September, pollster Frank Luntz asserted, “Never in my lifetime have so many parents been so eager for so much educational change.”

Two-thirds called for “coming up with new ways to teach children” and 76 percent wanted to see “education funding follow the student to whichever school they or their parents choose.”

And, ironically, much of the incredible rising support for educational freedom can be attributed to School Choice Enemy No. 1: the teachers’ unions.

Larry Sand, a former classroom teacher, is the president of the non-profit California Teachers Empowerment Network.