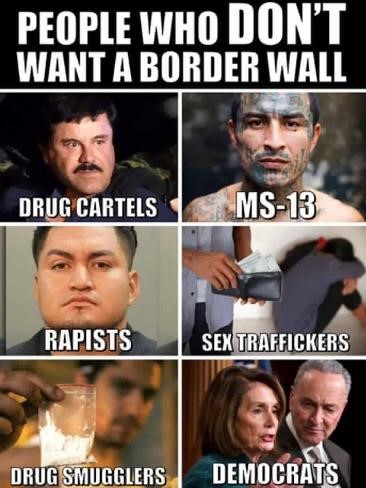 The nadir of the amoral egotism of what might broadly be called “Me-ism” has been reached by the avant garde of the Democrat Party in their race to the bottom of the electoral depths.

The renunciation of any notions of sacrifice, patriotic pride, the spirituality of life, or the recognition of anything except the smash-and-grab politics of endless atomized grievances and instant gratification of convenience, has reached what must, in its way, be the end of its history.

The governor of Virginia, Ralph Northam, a pediatric neurologist, led the way downwards with an unctuous statement on the virtues of delivering children, assuring their survival as live babies, and then determining in discussion with the mother (of course) whether they deserved to be allowed to survive.

This was an attitude that appalled a large section of opinion in 5th century B.C. Athens. In espousing it, far more than the utter moral vacuity of the cutting edge of the Democrat Party has been exposed. When running for governor, Northam called his opponent a racist and President Trump a “narcissistic maniac.”

The Bigger Fight
The informal, spontaneous, emergent strategy of the Democrats is finally erupting and foaming from the mouths and nostrils of their legislators and candidates in a mighty outburst of opportunistic consciousness.

This is a delayed reaction to the destruction of their monopoly on political power by the Trump phenomenon, compounded by the recognition that Trump can’t be impeached and will do everything he promised if he can get a firm enough grip on the apparatus of political power.

The supreme struggle for the commanding heights of American politics, the battle of Verdun or of Stalingrad, has come over immigration.

The decades-old understanding between machine Democrats vacuuming up easy Latino votes and largely Republican employers exploiting the cheap labor of illegal Latino immigrants enabled Donald Trump to forge a new coalition.  It is composed of the threatened working class, the middle class exhausted by more than a decade of flat-lined purchasing power, the silent majority of disinterested patriotic Americans, and legitimate immigrants.

All do not want their ability to climb the socio-economic ladder, as legitimate immigrants have done for 240 years, to be undercut by swarms of illegal migrants with no sense of choosing a new country and determining to accept that country’s values and work within them.

Democrats rejoice in proclaiming that Trump didn’t drain much of the swamp when the Republicans controlled the White House and both houses of Congress. They know perfectly well that the Republicans in the Congress were NeverTrumpers. The only senator Trump had at the outset was the subsequently hopeless attorney general, Jeff Sessions, who could not have done more to assist the cover-up of Democrat skullduggery if he had co-authored the Steele dossier.

Now Trump has banished the worst of the NeverTrumpers from the congressional Republican delegation, and won the rest over by friendly persuasion—except for Mitt Romney, who virtually terminated his useful career as a senator two days before he was sworn in with an article on the president’s character.

The piece confirmed about Romney what his predecessor from Utah, Orrin Hatch, had called him: “a well-oiled weather vane.” It showed, too, that he was a treacherous one. Despite Romney and the chronically bumptious Senator Lisa Murkowski (R-Alaska), Trump’s allies are now in control of the Senate and its committees and the unearthing of the misconduct of the Obama Justice Department, intelligence services, and the Clinton campaign—as the attorney general-designate has pledged—are about to begin.

Democrats Backed Into a Corner
The Democrat House of Representatives has taken its stand on immigration. Led by Speaker Nancy Pelosi they claim to favor border security but are reluctant to do anything to reduce the flow of illegal immigrants.

The entire Democrat media echo chamber has gone to maximum decibel levels denouncing the time-honored solution of an “immoral” wall, and claiming the problem is wildly exaggerated and chiefly occurs at airports.

They are backing themselves into the corner of “sanctuary cities” where police are instructed to ignore federal immigration laws and census-takers are enjoined from asking the citizenship of the country’s residents, as the Constitution requires.

This is insurrection and the pervasion of the immigration question – which is what to do with the more, maybe much more, than 20 million people who have already entered the United States illegally, together with those continuing to pour in –  has corrupted the Democrat Party as its leaders balk at rational solutions.

These include the establishment of a border, the deportation of serious law-breakers illegally present in the United States, a generous treatment for the people who entered blamelessly as children, and a path to citizenship for the great majority of illegal entrants who have been constructive and law-abiding residents.

With battle joined on immigration, the Democrats have lashed out at the rich, including the close pals of the Clintons and Obamas in Wall Street and Hollywood, and are calling for a return to pre-LBJ, almost World War II-level tax rates (of the confiscatory levels that drove Ronald Reagan into the Republican Party).

La Pasionaria of the movement, Alexandria Ocasio-Cortez, and the modern Herbert Marcuse, Bernie Sanders, are both calling for top tax rates in the neighborhood of 70 percent. Democrat presidential candidate Kamala Harris, junior U.S. senator from California, surged to the fore by calling for the nationalization of the entire health insurance industry, and, effectively of the entire gigantic field of health care.

Exalting Atrocities
The Democrat train is now roaring off the tracks and down the third rail which politicians used not to touch out of a lingering sense of self-preservation.

The logical coruscation of this dispersal—this flight from the political center to the left, to stage a goal-line stand of the die-hards against the Trump ogre, grinding relentlessly forward, heedless of the semi-daily announcements by most of the national media of his imminent collapse in legal shambles – is to repurpose abortion as the end of the policy rainbow.

Abortion is too intrusive, too inconvenient; let the children be born and then the mother can decide whether she wants to be a mother after all, or kill the child.

This was the logical end of the nonsensical Roe v. Wade decision that childbirth is exclusively a matter of a woman’s control over her body. For it ignored the real question of when the unborn attain to the rights of a person.

That is why the decision is vulnerable and the Democrats, in cold terror that it could be overturned, are in panic and are moving the battle-lines forward to the position of Ralph Northam, far from a natural oracle of moral opinion this past week.

To hell with control over their own bodies! Women will decide in post-natal calm whether to kill the child. It is to this unspeakable assault on every principle and value that has guided, inspired, and undergirded American civilization, where the Democrats are arriving at their last post.

#MeToo was justice by denunciation. Senator and presidential candidate Kirsten Gillibrand said Dr. Christine Blasey Ford had to be believed over Judge Brett Kavanaugh because she was a woman. Senator Susan Collins (R-Maine) saved the balance of evidence and of probabilities, and rebutted justice by mere unsubstantiated denunciation.

The Democrats are moving on: women will not only cause the rejection of male candidates for high positions, but have them prosecuted, which in the corrupt American justice system in 95 percent of cases means imprisoned. For good measure, the warrior-queen sisterhood will also decide, after birth, whether their children will be allowed to survive.

Life for Democrats is not remotely sacred, it is to be encouraged if convenient and snuffed out if not.

A Frenzy of Extremism
Donald Trump’s greatest achievement may be the total annihilation of the Democrat Party in its present mutated and degraded form.

The Democrats have been allowed to slither to their present state of moral degradation with the witless and spineless collaboration of look-alike Republicans who are easy to defeat like McCain and Romney, or can be survived like Reagan and the Bushes, or destroyed like Nixon.

Faced with a Trump they could not defeat and cannot destroy, Democrats appear to be entering a frenzy of primal extremism.

If the Democrats go to the voters next year as the party of infanticide, open borders, a 70 percent top personal income tax rate, and the practical abolition of private health care, they will vanish more quickly, and with less distinction, than the Whigs, who at least had serious leaders like Henry Clay, Daniel Webster, and Abraham Lincoln before their party imploded.

This thronging riff-raff of Democrat presidential aspirants couldn’t lead the country across Washington’s Francis Scott Key Bridge, and won’t get an invitation to try.

Conrad Black is a British financier, historian, and Member of the British House of Lords.