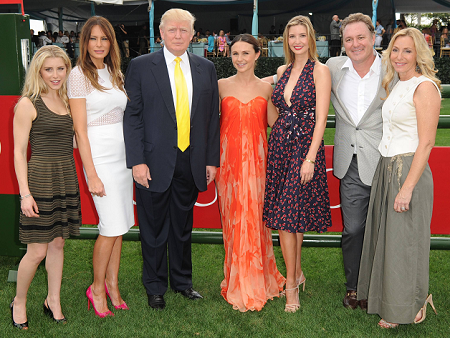 The firing this week of Matt Lauer from NBC, the latest sex scandal of leftie journos and Hollywood bigs, brings to mind an interview with “feminist” actress Amber Tamblyn about the Harvey Weinstein scandal that started all this.

Here’s how she states her argument.  Remember, she’s a leftie.

“Honestly, I trace everything back to the election of Donald Trump. I think that without him being elected, if it had been Hillary Clinton, this would’ve never happened to Harvey Weinstein.
I feel like the election of Donald Trump was a singular pointed message at women telling us that our lives don’t matter, and that our safety doesn’t matter, and that our physical health doesn’t matter, our reproductive rights don’t matter, that our gender just doesn’t matter, and that we are somehow owned by the country.
I think within that one move, it was a giant gesture, and Donald Trump symbolizes, for most women—not all of them—he symbolizes and epitomizes everything that is deeply wrong with masculinity and with the objectification of women. And so within that single vote, it sort of was like a switch was flipped on and every woman just went, I’m done. It’s as simple as that: I’m done.”

Tamblyn is trying to give the matter a left-wing spin, suggesting that Trump’s infamous Access Hollywood tape and its aftermath was a tipping point that launched pussy hats and a thousand wymyn’s marches.

But slow down a moment, Amber. Why would Weinstein—and the culture of sexual harassment apparently widespread in Democrat-run institutions (like the California state legislature)—have remained unchallenged if Hillary was in the White House?

Probably for the same reason that Bill Clinton got a pass for his relentless behavior 20 years ago: power is the most important thing to liberals. And if the dignity and safety of a few women have to be sacrificed, well, broken omelets and all that.

After all, as we now know, everyone knew about Weinstein. But did nothing about it. And according to Tamblyn, still wouldn’t today if their person was in power.

Feminists like to say that “conservatives don’t get it” about sexual harassment. Hypothesis: maybe that’s because conservative-leaning people generally don’t harass women like liberals do.  I mean, where would you like your daughter to intern: Vice President Mike Pence’s office, or the Weinstein Company? Maybe the left complains about “objectifying women” because it is routine behavior for leftists.

Think some more about it, Amber.  You say without Trump being elected, if Hillary had won instead, “this would’ve never happened to Harvey Weinstein.”  And, Amber, if it “didn’t happen” to Weinstein, would it have happened to Charlie Rose, Matt Lauer, Louis C.K., Kevin Spacey, etc?

Clearly the rules have changed. We now live in a zero tolerance regime for sexual harassment. It is long overdue in many ways, but let’s be clear—sexual harassment has persisted chiefly because of the hypocrisy of liberal elites who run our media and Hollywood institutions, going back at least to their defense of Bill Clinton in the 1990s.

Now they are reaping the whirlwind. It is established fact that Weinstein’s own board of directors knew of his bad behavior, but only insisted that future settlements over employee harassment come out of his own pocket. So much for respecting women.

And let’s not forget that the Academy Awards gave a special Oscar to convicted child rapist Roman Polanski, because, after all, as the appropriately named “Whoopi” Goldberg told us, it wasn’t really “rape rape.” I wonder how that comment would play today, or whether the Academy Awards will rescind Polanski’s Oscar in our new mood?

What changed the rules? Donald Trump.

Yes, Trump is the main target of the new zero tolerance regime—the unfinished business of the “Access Hollywood” tape. And if a lot of media and Hollywood icons (plus a few stray congressmen) have to go down, that’s just collateral damage for Amber.

In any case, feminists should be thanking Donald Trump for being the catalyst behind the rules change they have long demanded.

In fact, Amber, it’s only fair that you should now honor President Trump for what he has become – a Feminist Hero.

Steven Hayward is the Ronald Reagan Professor of Public Policy at Pepperdine University.