2 The Point News » Guest Authors » Members Only » DID THE SHAMEFUL ELECTION COVERAGE OF FOX NEWS COST THE GOP THE HOUSE?

DID THE SHAMEFUL ELECTION COVERAGE OF FOX NEWS COST THE GOP THE HOUSE? 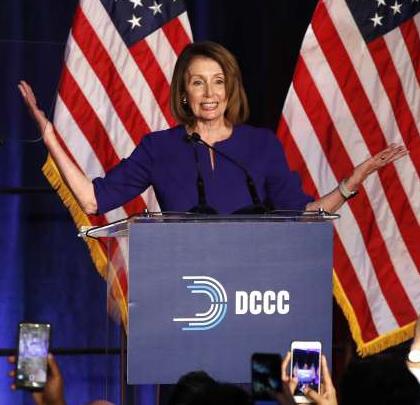 That just about sums up Fox’s election coverage of the 2018 midterms. It was a self-indulgent display of self-promotion, bickering, and irresponsibility as the entire House was called before polls in the western part of the country had even closed. It was still 7:30pm in Arizona and 6:30pm in California.

One has to wonder how many people were deterred from voting when they heard Republicans had already lost the House.

There was a time when news media covered elections without needing to be the first horse out of the gate with results. Reporters would patiently wait for polls to close, for the numbers to be tallied, and for a clear winner to be tabulated. That changed with exit polling and guesses about whether these reflected what really happened inside the voting booths.

Last night, Fox News jumped the shark. They had a new system they claimed would deliver unprecedented accuracy — they used voters’ surveys along with the AP’s race results to predict outcomes. With this methodology, they called the House before anyone else — to the anger of many viewers.

With just two gains by Democrats and still early in the evening, Baier suddenly announced that the Democrats had taken the House. Not “we project that they’ve taken the House” (an addition they made later after, no doubt because complaints flooded their phone lines). Not simply “we think this will be a good night for the Democrats based on our analysis.”

Nope, they jumped ahead in time and declared it as if it had already occurred — with many people not even voting yet.

Were they wrong in their prediction? No. The Democrats did take the House, though not by the landslide or “Blue Wave” the media expected. Despite being right, they were still wrong in timing as viewers expected more self-control in reporting predictions as fact.

The Democrats went on to gain only 26 seats in a midterm in which Congress historically flips from the party in power. This gain, while giving power of the House over to the Democrats — an obvious disappointment for Republicans — is not the indictment of Trump many think, particularly when you compare losses in previous administrations.

The shellacking Obama received in 2010 — a nuclear explosion compared to 2018 — was even more of an indictment of his presidency than we are seeing with Trump’s.

Core Democrat groups, including Hispanics, African Americans, and young people, refused to even show up for their own president. Independents voted Republican in numbers unlike any since 1994. A full 74 percent of voters weren’t happy with the federal government, 61 percent thought the country was on the wrong track, and 55 percent of the electorate disapproved of Obama’s job performance.

In 2018, the Republican base was energized by their president, despite Democrats coming to the polls saying they were voting because they didn’t like Trump. This is no surprise. They didn’t like him in 2016, so they’re not going to like him two years later. As for Obama, his track record remained the same. No one he campaigned for won.

Trump, on the other hand, was a successful campaigner. Though more than two-thirds of voters said they voted for the Senate specifically because of Trump, with 38 percent of that number saying they opposed Trump, the Republicans gained in the Senate. This is hardly an indictment of Trump’s performance.

As for the Democrat win in the House, voter turnout by Democrats was the key, not Republican disillusionment with Trump. Independents also played a role, flipping from Republican to Democrat by 12 points.

While Obama lost his core constituency in 2010, the Democrat Party found them again in 2018. Young voters turned out for Democrats by 67 percent, blacks by 90 percent, Hispanics by 68 percent, and women by 59 percent. Keeping healthcare was the voters biggest concern by a wide margin — 40 percent compared to immigration (23%) and the economy at (21%).

Love of socialism seemed to win the House, not so much hatred of Trump.

Despite significant analysis of how identity politics played in this election and the light losses and significant gains by Republicans in the Senate, coverage at Fox News was a schizophrenic mess:

One has to wonder if Wallace would have done that to a man. Regardless, Ingraham refused to be bullied.

To put it simply, it was more than a distracting, irritating display to watch. Fox News’ hubris may have cost Republicans the House.

The media in general need to remember that their role in reporting news, particularly elections, is not to focus on themselves and how clever they are, but to put the people they’re covering front and center.

Acting responsibly when it comes to early election calling would be one big step in that direction.

D.C. McAlister is a political commentator for Fox News, NewsMax TV, and BBC