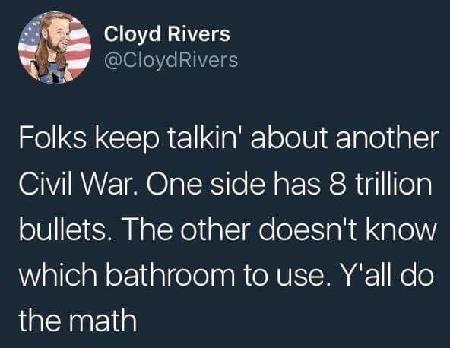 The socialists are having a moment. At least if you believe the media

But if the socialists were really having a moment, their big show wouldn’t be a 28-year-old birdbrain whose big achievement was beating a boring white guy in a Hispanic district he didn’t even live in.

If you’re going to take over the Democrats, you need something more to show for it than Alexandria Ocasio-Cortez or a senile socialist ready for a Weekend at Bernie’s. 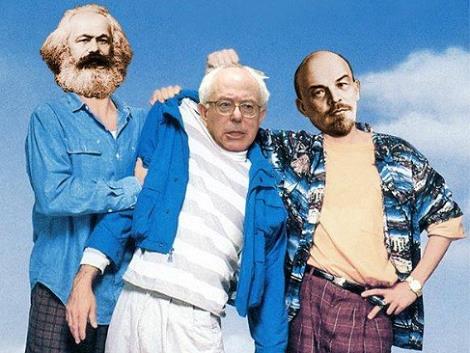 The Democrats are adopting socialist ideas wholesale. The 2020 Dem nominee will run on a guaranteed minimum income or ‘Welfare for All”. Along with free health care, free college and free copies of Das Kapital.

After all, socialism polls brilliantly with the four core Dem bases of angry government workers, angry college students, angry welfare recipients, and San Francisco eco-billionaires who keep all their money in Caribbean banks.

But that’s because the Democrats have no ideas except hating Trump and Republicans.

Eight years of Obama ushered in primary elections notable for a nominee who jumped on every bandwagon she could catch with both feet, her socialist ankle biter who flip-flopped almost as much as she did, even flipping and flopping on the question of whether he was a Democrat, a distant third place loser running on painting all the electricity green, and a fourth placer still running against the Iraq War.

The House Dems have switched their slogan twice and no one cares. Legislative visionaries like Nancy Pelosi and Chuck Schumer have never had an idea that didn’t involve their own careers. Barack Obama and Hillary Clinton hollowed out the DNC and left behind a bankrupt dysfunctional shambles.

And they’re blaming that on the Russians instead of on their own self-serving shenanigans.

Trump’s victory tore the mask from the Democrats leaving them nothing but rage. Formerly mainstream Democrats are quick to embrace every insane lefty position from abolishing borders to supporting Hamas, not because they understand or believe in them, but because they’re “resisting” Trump.

The socialists think they’re winning. But they’re just the guys shouting things at a crazy mob. And the mob is not really for anything, it’s just enraged. It doesn’t want to build, it wants to tear down.

In other words, the Democrats have hit ‘Peak Outrage’.

Tweak a normal person’s sense of outrage and they’re moved. Keep doing it a bunch of times and you can enlist them in a movement. Do it every 5 seconds and you drive them as crazy as rats in a Skinner Box. And if you want to see a sample of the Dem Skinner Box, here are a few Nancy Pelosi emails.

“A matter of life or death,” “I’m so furious I can barely write this email,” “As if it couldn’t get worse today, “EVISCERATED,” “I’m scared“, and “DOOMED“.

That’s why you have lefties gathering together to scream at the sky. That’s not the behavior of committed activists building a socialist future. It’s what happens when leaders drive people crazy.

Everyone has emotional limits, just as they have physical limits. The madness of Germans at a Hitler rally or Russians mourning Stalin is the end result of people reaching the limits of their emotional sanity.

The ultimate beneficiaries of Peak Outrage won’t be the socialists. Crazy people who have been mainlining hate and fear for a decade aren’t really interested in nationalizing health care. They’ll cheer socialism if there’s nothing else on the table and convince themselves briefly that they care.

But what they really want is someone to liberate them from their rage and helplessness by destroying the two sources of those emotions, the reviled Republicans and their own failed Democrat leaders.

They don’t want Alexadria Ocasio-Cortez. They want to be freed of their sense of helplessness.

The Russia narrative, the accusations of treason and the daily promises that Mueller will lead Trump in chains to the guillotine, are far more seductive than collectivized farming or abolishing borders.

The Democrats have become a mob looking for a leader who will make them feel strong and sure. That leader wasn’t Hillary Clinton.

But it won’t be the socialist opposition either. Antifa or Black Lives Matter may be more like it. Hitting the outrage button is also all they know, but they offer a better release for that helplessness and rage than making campaign contributions to lefty candidates through ActBlue.

Democrats have embraced eliminationist rhetoric toward Republicans that teases the desires of the base, but is incapable of satisfying them short of a socialist revolution with firing squads and gulags.

A political environment defined by craziness doesn’t favor socialists, it favors crazies. Some of those crazies may masquerade as socialists. And usually do. It’s why Communist revolutions climax with comrades killing comrades until all that’s left is the forties USSR or oughts China, Communist regimes where no one believed in socialism, just greed, power and murder.

The lack of gulags in Sweden isn’t proof that socialism works. It just shows that most of Europe has grown too timid to kill over even the most murderous ideologies – such as Islam.

The Democrats are no longer sure of the difference between whatever it is they believe and socialism. And the socialists are fighting Trump. Who’s just like Hitler. So just like WW2, it’s time to ally with Moscow to fight Russian interference in the internal corruption of the DNC.

Or something equally nonsensical.

But when the big socialist electoral success is electing a freshman member of the House and buying Bernie Sanders a third home, it’s not quite storming the Czar’s winter palace.

The trouble with the socialists is that they care about socialism while their newfound base cares about holding up Trump’s severed head on CNN while laughing and crying at the same time.

The socialists think that they have the mob behind them, right up to the moment that the mob gets distracted from their latest policy paper with a Stormy Daniels story. And then the mob backs her lawyer’s presidential campaign.

The Left created a monster. And it thinks that it’s riding the monster. But you don’t control monsters.

That’s what makes them monsters.

The monster that the Left created doesn’t believe in things. It hates them. It’s roaring with anger and pain.

The Frankensteins of the Left made the monster in their social media laboratory by taking away its hopes and replacing them with fears, keeping it angry and afraid until it was ready to open fire at a Republican charity baseball practice or phone in death threats to a congressman’s dog.

Socialists made the monster. As they always do. But as history shows us, monsters eat socialists. Ask the old Bolsheviks, Mao’s old pals, or all the Leftists shot by other Leftists in the Spanish Civil War.

Leftist politics is based on outrage. The greater the outrage against class, race, gender or identity, the greater the totalitarian overreaction of terrorist violence it justifies. But the Pelosis and Schumers want radical outrage without radical violence. And that just leaves its base hopelessly and helplessly enraged.

The Left believed that it could mutate ordinary Democrats into monsters by outraging them and then making them feel helpless in the face of that outrage until they were ready to do anything to fight back. Anything was supposed to mean showering the Left with money and supporting all their candidates.

And it worked for a while. Rosie O’Donnell described her illegal campaign contributions through ActBlue as a form of midnight stress relief.

But then they hit Peak Outrage.

Dr. Franky’s monster is helpless and outraged, and convinced that the only answer is to execute Trump and all the Republicans as Russian spies. The Democrats are outdoing each other by pandering to the #Resistance on impeachment. Maxine Waters is a hero of the #Resistance for stirring up mob violence.

And that #Resistance is a lot more popular than bans on straws and mandatory composting.

Socialism is boring. The only parts of it that its less intellectual adherents enjoy are the freebies and the violence. Until Bernie Sanders and Alexandria Ocasio-Cortez can offer actual violence, the future of the Democrats won’t be the socialists; it’ll be Maxine Waters, Ted Lieu and anyone who yells the loudest.

And then it’ll be someone who yells even more loudly than them. And finally means it.

History tells us that even before they run out of money, the socialists will run out of sanity.

Daniel Greenfield, a Shillman Journalism Fellow at the David Horowitz Freedom Center, is an investigative journalist and writer focusing on the Radical Left and Islamic terrorism.