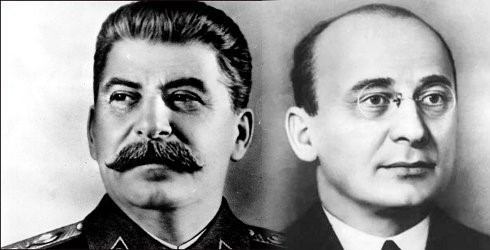 Christine Blasey Ford’s lawyer has announced that Ms. Ford will not testify until the FBI completes yet another investigation of Judge Brett Kavanaugh that everyone knows will never happen.

It was already highly unlikely she was ever going to testify; this is a convenient excuse, a stalling game. But it is more than the usual cheap political stunt.  It’s vicious, ugly, and more than slightly sadistic. In regards to Judge Kavanaugh, Democrats are channeling Comrade Beria’s famous dictum: “Show me the man and I’ll show you the crime.”

Not only are they despicable to Kavanaugh — a man with an impeccable reputation as far as women are concerned — and his family, but in using the hapless Ms. Ford as a pawn, they are making a mockery of the #MeToo movement.

The Democrats’ sadistic stunt will now increase suspicion of women (and men) who come forward in cases of sexual abuse where there is genuine proof and corroboration, not, as in this situation, an amorphous memory without time, place, witness, or remotely contemporary report.

Does the #MeToo movement really want what Democrats are doing to them? 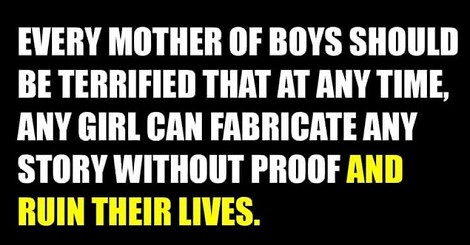 Even Ford’s sponsor, Dianne Feinstein, admitted in a rare moment of candor — or was it guilty conscience — that she wasn’t sure of the accuser’s veracity. Yesterday (9/18), she confessed on Fox News regarding Blasey Ford’s claim, “I can’t say that everything is truthful. I don’t know.”

Feinstein, a coward terrified of her left flank, walked it back quickly. The California senator has much to answer for, not just the unconscionable sandbagging of Judge Kavanaugh, but also the extraordinary enrichment of her family by the Chinese at the very time she was being chauffeured by one of the communists’ spies.

But in the grand tradition of Stalin and Beria, it is our FBI that leads the pack, and the man whose crime they wished to “show” is President Trump.

Unfortunately for the FBI, the tables have turned and the crime stoppers are about to be unmasked as the criminals.

Enter Trump’s presidential order for the declassification of the FISA documents and related material, including all the text messages concerning Russia, that has been stonewalled by the FBI and DOJ for over a year, making the constitutionally-mandated oversight by congressional committees nigh on to impossible.

Not surprisingly, the press and the Democrats are screaming bloody.

The press because they want to control the flow of information for their own propaganda and business purposes.  The Dem politicians because the totalitarian impulse and intended sabotage behind the entire Russia probe is about to be exposed with all its spying on Trump’s people and the president himself, before and after his election.

The greatest fear is that the actual provenance of this attempted coup will be revealed. Just how high did it go? There’s a reason Susan Rice wrote that odd ex-post facto email saying Obama told the other officials to do things “by the book.”

No doubt the FBI/DOJ will do their best to slow-walk the release just as they have before. The solution is simple. Trump should give them a deadline. If they still delay, he should fire them.

If they use the oh-so-tired-and-ridiculous “sources and methods” excuse, he should fire them nine ways to Brooklyn and shoot them through a cannon. That’s the biggest piece of self-serving bull around. Enough of this Stasi-NKVD behavior.

But is this Stalin analogy fair? I regret to say yes. Totalitarianism arrives in different societies in different ways.  This is the way our Deep State and its media toadies have chosen.

America has very different traditions from Russia or China. We are supposed to be immune to totalitarian government because of the magnificent democratic principles enshrined by our founders.

But are we? Could it come in through the back door under the banner of people who say and even think they are doing the opposite, who think the other side is the fascist side, not them?

Or is it as simple as the fact that to some, the ends still justify the means, even though we have seen on multiple occasions the mass murder that leads to?

NB: Stalin died a ghastly death on March 5, 1953, after having been poisoned with a transparent tasteless rat poison called warfarin by Beria.  Beria that May bragged to Molotov, Khrushchev, and other Politburo members terrified that Stalin would order their deaths, “I did him in!  I saved all of you!”

Khrushchev repaid Beria by having him arrested for treason in June and shot by firing squad that December.  Is there a lesson here for the Democrats to learn?