DEMOCRATS AND THE CULT OF CTHULU 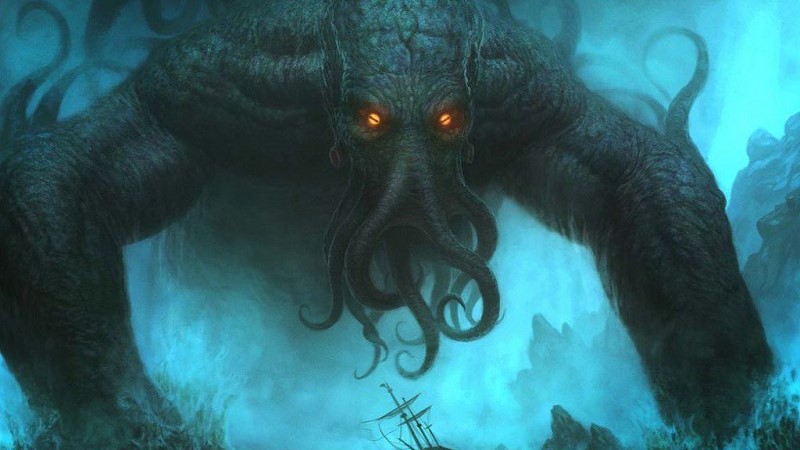 Cthulu, the god of Democrats

The most merciful thing in the world, I think,” wrote the American horror writer H. P. Lovecraft in the opening to The Call of Cthulhu, “is the inability of the human mind to correlate all its contents.”

In the Lovecraftian mythos, this refers to the occult world of the Great Old Ones, eldritch gods from outer space, as old as time itself who lie beyond our ken, dead but still dreaming. If we could only grasp their existence and see how fragile our imaginary world really is, we would go mad. Thus, we go on believing in an illusion and subconsciously hope Cthulhu and Azathoth never show us their true faces.

With the Democrat Party embracing full hardcore totalitarian Leftism, the secret to being a successful Democrat is very similar.

Like Lovecraft’s narrator, they are unable—certainly unwilling—to correlate the contents of the minds; thus, they are able to hold two or more antithetical bits of information in their minds and discount or ignore any bit of evidence that does not conform to their theoretical worldview.

In Through the Looking-Glass, the White Queen tells Alice that she can believe as many as six impossible things before breakfast. Democrats have her beat many times over.

A prime example came this past week, when the Democrats, who now appear to be the personal party of a small child from the Bronx, rolled out their “Green New Deal”—which implicitly called for, among other inanities, high-speed trains to Europe and the reconstruction of every building in America.

This at the same time that the newly installed governor of California, Gavin Newsom, was aborting his predecessor Jerry Brown’s high-speed train to nowhere, a $77-billion exercise in fruitlessness that marks, to date at least, the high-water mark of liberalism’s inability to correlate any of the contents of its largely empty heads.

Anyone, including this semi-native Californian, could see there was no market for a bullet train from Bakersfield to Fresno to Merced to Erewhon, especially one that had already busted its budget many times over—a great gobbling maw worthy of Cthulhu himself that, in true pagan god fashion, would and could never be satisfied no matter what or whom was sacrificed to it.

But liberal gods are insatiable; too much is never enough for them. And so “progressives” keep on feeding the beast, in the belief that it will eat them last.

In the meantime, they feel free to indulge their wildest fantasies and darkest desires. Infanticide—one of the surest signs of a pagan culture—came out of the closet in New York (where it is now the law of the former Empire State) and in Virginia, where it was turned back legislatively but no doubt will return with its governor’s blessing, if he lasts that long.

The fact that Cardinal Timothy Dolan has not summarily excommunicated the notional Catholic, Governor Andrew Cuomo, speaks volumes about the impotence of the modern Catholic Church.

In the Senate, the Spartacan walk-on also known as Cory Booker—whose veganism is possibly a contributing factor to his lack of mental acuity—bravely launched an attack on meat and cheese, neither of which he eats. As is typical of proto-fascists everywhere, Booker has personalized his dietary preferences and then universalized them on a crusade to—you guessed it—save the planet by punishing the rest of us.

Senator Spartacus said the planet “can’t sustain” people eating meat, as the 2020 hopeful aims to become the first vegan president. Booker told the vegan magazine VegNews  earlier this month that he became vegan after coming to the realization that eating eggs “didn’t align with my spirit.”

While claiming he does not want to lecture Americans on their diets, Booker says Americans need to be nudged into fake cheese because the planet cannot sustain the “environmental impact” of the food industry.

“You see the planet earth moving towards what is the Standard American Diet,” Booker said. “The tragic reality is this planet simply can’t sustain billions of people consuming industrially produced animal agriculture because of environmental impact,” he said. “It’s just not possible.”

Easy for Booker and his imaginary friend T-Bone to say. (Is T-Bone a vegan, too?) But the leap from munching on arugula to the mass extinction of cows in the name of cutting down on methane is a brain fart too far for sane people. 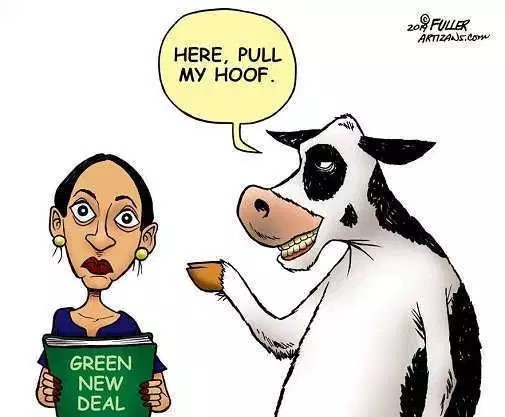 Still, the ease with which such preposterous notions are not only proposed but taken seriously by a national media whose own utter lack of sophistication, knowledgeability, wit, and cultural savvy is on display daily.

The earnest dullards of the media have their own Great Old Ones to propitiate.

They must, in order stave off having to correlate the contents of their minds, they awaken every morning with absolutely nothing to do except to flog every transgressive, fantastical notion regarding sex, diet, the environment, celebrating each and any deviation from traditional norms as “historic,” when in fact it is generally accidental, when not actually inimical.

Who would have thought that a boy declaring himself to be a girl and then winning wrestling, powerlifting, and sprinting events would be cheered as a “first,” although I suppose in a way it is. But not in a good way.

Ah, but as that legendary anti-Semite, Henry Ford, once remarked, “history is bunk.” The modern Left has no use for the past, except as a whipping boy, a scapegoat upon which can be laden all the sins of the Western world, and then sacrificed to appease their angry green gods.

But eventually even the Left runs out of victims, and so it must turn on itself. Suicide is the only act of contrition it can make that will satisfy Cthulhu’s bloodthirstiness. As I wrote in my book, The Devil’s Pleasure Palace, “Satan has no need for servants in Hell, as God does in Heaven; he is instead satisfied with corpses on earth.”

Communism, the most perfect expression of what the satanic Left is all about, manufactured corpses on an industrial scale until it finally collapsed under the weight of, as Marx would say, its own international contradictions.

Because, in the end, even the craziest Democrats must, in their darkest moments, paradoxically have a moment of clarity, when all of the conflicting impossibilities inherent in the Democrat world view suddenly, briefly, become visible. And then Cthulhu and Dagon and Shub-Niggurath and Nyarlathotep appear, and the contents are finally correlated in a blaze of mad glory.

Let’s just hope they don’t take us with them when and wherever they go.