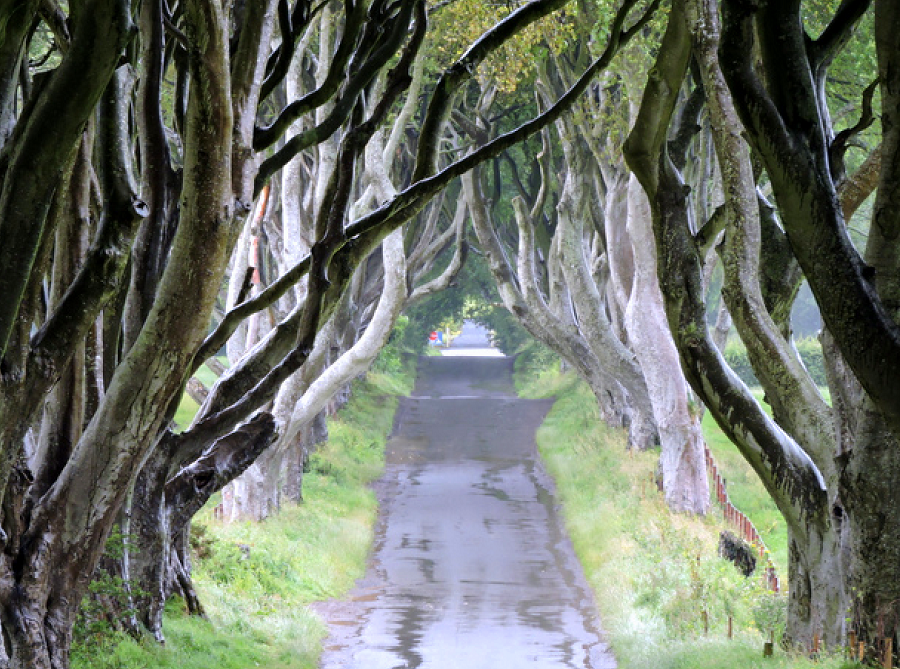 You’ve seen this spooky place called King’s Road in HBO’s The Games of Thrones – but where is it and what is it really? It’s in Country Antrim in Northern Ireland near the town of Armoy. Originally it was the driveway to a mansion built in 1775 by James Stuart, descendant of King James I of England (1566-1625), who lined either side with beech trees. Now almost 250 years old, their branches intertwine eerily, giving rise to its name of “Dark Hedges,” and legends of ghosts haunting it like the “Grey Lady.”

Northern Ireland has had its terrible Troubles as we all know, but that’s history now. It’s a place of stunning scenery and natural wonders like the Devil’s Causeway and Marble Arch Caves, and those man-made in addition to Dark Hedges, such as Dunluce Castle and Carrick-a-Rede Rope Bridge. Then there’s the Victorian opulence of the Crown Liquor Saloon in Belfast. All in all, Northern Ireland is a marvelous place to visit. (Glimpses of Our Breathtaking World #43 photo ©Jack Wheeler)