COVID HYSTERIA IS NOT ABOUT HEALTH – IT’S ABOUT FASCIST POWER 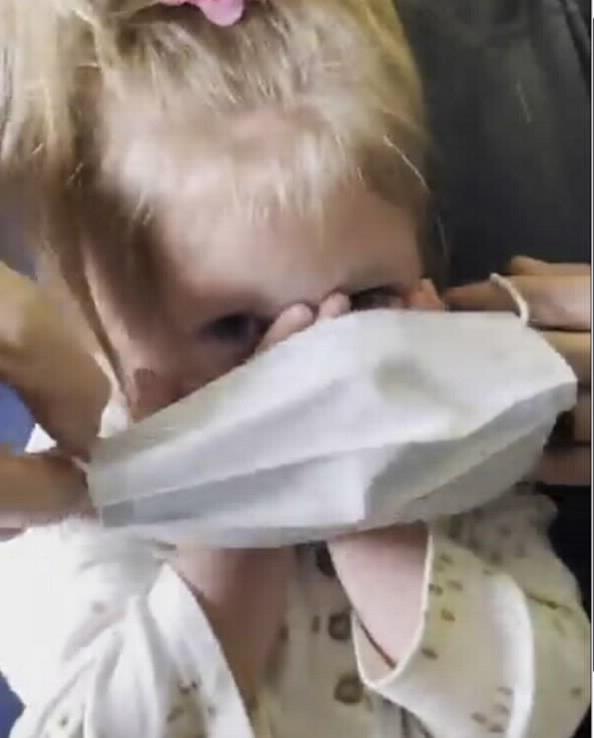 We finally reached the latest peak COVID-19 madness last week, when a family was ejected from a United Airlines flight because their two-year-old girl could not tolerate a muzzle. So, on the apparent theory that you can’t be too safe or too careful, even from a two-year-old, the airline enforced its zero-tolerance policy and booted the girl and her family from the plane.

“The health and safety of our employees and customers is our highest priority … everyone onboard two and older wears a mask,” said the airline. “These procedures are not only backed by guidance from the CDC and our partners at the Cleveland Clinic, but they’re also consistent across every major airline.”

In case you’re unaware, doctors, immunologists, and epidemiologists are now the highest authorities in the land.

Under their very own mini-Mussolini, Dr. Anthony Fauci, they can override our constitutional liberties, such as freedom of assembly and religion, severely constrict our freedom of speech, limit our movements, commandeer our businesses, and eliminate our livelihoods with complete impunity.

The Center for Disease Control and Prevention (CDC) has delegated unto various state governors, mostly Democrats, monarchial authority over the citizenry, arbitrarily deciding which shops are permitted to operate and which are not.

These dictator-governors can decree curfews and lockdowns, as if their jurisdictions were under active enemy attack, and deploy the police to enforce—by arrest if necessary—their arbitrary and whimsical dictates.

Even worse, the CDC has elevated fear of our fellow man to a governing principle, having convinced a significant portion of the population (mostly female, in my observation) that the Dreaded COVID will kill us all unless we shelter in place, shy away from strangers, cut off contact with our own relatives, cancel public events, and sit alone in our rooms, praying that the Chinese Communist Party-spawned Angel of Death will pass by our doorways and kill our neighbor instead.

They call this “social distancing” but a better name for it is social destruction.

Worst of all, we have accepted our home imprisonment and affronts to our humanity with nary a murmur of protest. We accept such patent nonsense as an overnight curfew—does the CCP virus become especially deadly by night? Does it evaporate, like Dracula, in the morning light?

Further: why is okay to sit at a table and dine without a mask but the minute you rise to leave, you must muzzle yourself again? And don’t even get me started on such absurdities as wearing a mask at the beach or in your car, solely on the say-so of some power-mad autocrat in the governor’s mansion when he isn’t at the French Laundry in the Napa Valley.

None of this is about health, of course. It’s about power- fascist power. As the Great Covid Panic of 2020 has so vividly illustrated, the limits of authority may be stated in law but they are bound by social convention. Nobody in our history has ever tried a stunt like this before.

But apparently all it takes is a manufactured hysteria, fueled by a hysterical media, and aimed at a trusting, even gullible public, and tradition dissolves in the face of fear.

As those who lived under communism and other forms of fascism know from bitter experience, the point of 2+2 = 5 is not to get you to believe it, it’s to make you afraid to say it’s not true. Rubbing our noses in our own impotence is the very hallmark of tyranny.

There’s more to it than simple malevolence, of course—although to watch New York State’s thuggish governor Andrew Cuomo in action one senses that malice alone is enough for him.

Covid was weaponized against President Trump almost from the outset as the Left correctly sensed that a panic among the populace would harm if not destroy his re-election chances.

And so the Left did what the Left does so well: they lied about everything.

At first they criticized Trump’s initial response banning travel from China as “racist,” then as the pandemic progressed, complained that he didn’t act quickly enough.

They constantly moved the goalposts, demanding more testing and then seizing upon the results as evidence of more “cases,” in the certain knowledge that most people wouldn’t know the difference between cases and fatalities.

And they attributed nearly every death—there are around 8,000 deaths in America every day from various causes—to Covid in order to continue to terrify the public.

The economic consequences have been severe, as anyone could have foretold. The Covid panic cut the legs out from underneath the booming Trump economy. It enriched ecommerce chokepoints such as Amazon, further enriching Jeff Bezos, the owner of the Washington Post, one of the richest men in history.

Business also boomed at the big box stores, while killing off their mom-and-pop competition. If you think places like Walmart cut the hearts out of the nation’s Main Streets before this fiasco, wait until you see them next year.

Meanwhile, government employees continue to get paid, even when they do almost no work, thanks to the Covid. (Try getting a functionary on the phone at your state’s Department of Whatever.) Governors in California, Illinois, New Jersey, Ohio, and elsewhere haven’t missed a payday or a meal; they issue their Caligulan edicts scot-free, with no fear of consequences—because there are none.

Like their billionaire benefactors, such as Bill Gates of Microsoft, they airily dismiss complaints from the peasantry even as they extend their lockdowns into the indefinite future.

It’s time to face this realization: they have no intention of ever letting us go. They have the backing of a sizeable portion of the population, and the enthusiastic support of the “progressive” media. Like serial killers, they’ve got a real taste for it now, and the only way they’re going to stop is if they are stopped.

There are, at last, signs we’ve had enough. There have been protests against New York City’s latest Cuomo-imposed demand for suicide, the shutdown of restaurants in the Big Apple. Some small-business owners have become folk heroes for defying the shuttering of their livelihoods. A whole town in Washington has refused to comply with that state’s lockdown orders.

But not enough citizens have stood up.

There was a time in this country when civil disobedience was held by the Left to be one of the highest forms of patriotism. But that was then and this is now.

And what about tomorrow? Have you had enough yet? Or will the next two-year-old be you?