Are you ready for the greatest one week adventure in the world?

So here it is:  a Helicopter Expedition to the base of K2, the second highest mountain in the world, in an inaccessible (except by high-altitude helicopter!) region where Pakistan, China, and India come together.

At the base of K2, there is a confluence of gigantic glaciers known to mountaineers as Concordia.  It is considered to be the single spot of the most magnificent scenery on earth.  You are surrounded by dozens of peaks over 22,000 feet, five over 26,000, one (K2) over 28,000.  Our planet doesn't get more spectacular than this.

Last summer, as you may recall, I led the first ever helicopter expedition to Concordia.

This September I can take you.

All the details are at http://wheelerexpeditions.com/concordia/.

Please let me know if you'd like to stand at Concordia with me.  Here's what that (and K2) looks like: 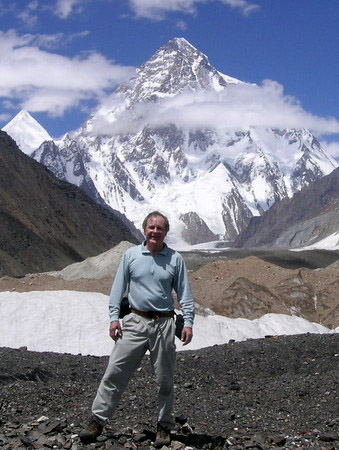 I hope you can join me.  And remember, only Conservatives are allowed on a Wheeler Expedition!