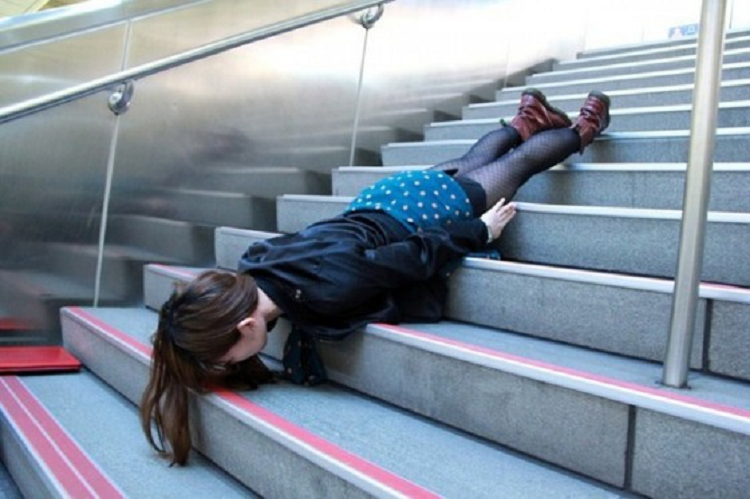 Like many modern movements, it sprung from the Internet. The name of the movement originated from a now-deleted post on a popular Chinese forum site, Tieba.

The author of the post said that he has happily not worked for more than two years. Instead, he has defined “lie flat” as his philosophy for a carefree life.

The lie-flat movement advocates against mainstream traditional aspirations such as work, career, marriage, friendships, child raising, and consumerism. Its basic creed is to spend less so you have to spend less time and energy working for money due to their fundamental belief that trying is pointless.

Shades of LSD-advocate Timothy Leary’s advice to America’s hippies in the 1960s: “Turn on, tune in, drop out” – right?   Not quite – for this is a rebellion against the most ruthlessly fascist government on the face of this earth today.

The Chinese Communist Party’s (CCP) Bimonthly Talk magazine derisively call lying-flat people the “squatting clan.”  Yet it tried at first to be sympathetic:

“The emergence of the squatting clan cannot simply be attributed to the laziness and depravity of young people. Rather, it said it is the result of the combined effects of various subjects such as the social environment, family, and school. Many experts suggested that all parties should give understanding and encouragement, care about guiding the squatting group to change their concepts and relieve their pressure.”

Comments on Chinese social media sites like WeChat would be similar, such as:

“When this self-exiled ‘lying school’ became popular among young people and became a common phenomenon, it also constituted a resistance force, which continues to form a serious challenge to the social structure as it is.

However, as the movement has grown stronger, the CCP’s attitude has become more hostile as condemnations in state-run media have become more strongly worded.

Nanfang Daily, the official newspaper of the Guangdong Chinese Communist Party, published a commentary, with the headline: “‘Lying flat’ is shameful, where is the sense of justice?”

The article is dedicated to criticizing the movement, and the writer says “choosing to ‘lie flat’ in the face of pressure is not only unjust, but also shameful.” The writer says, “Struggle itself is a kind of happiness, and only a struggling life can be called a happy life.”

Xinhua News Agency, the official state-run press agency of the CCP, reposted the article to their news site.

An article in the Guangming Daily noted  that the “lying-flat people” obviously have many disadvantages to economic and social development: “At present, my country’s economic development is facing challenges in many aspects such as an aging population, and the goal of high-quality development cannot be achieved without the creative contributions of young people.”

Hubei Jingshi TV’s commenter reported during her segment, “You can accept your fate, but you cannot lie flat.”

Thus, the ruling CCP has come to realize that a hopeless youth is a national threat to its power and existence.

The philosophy and behavior of the lie-flat movement are not unique to only mainland China. Japan has an issue with grass-eater men, men uninterested in romantic relationships, and hikikomori, socially isolated hermits.

They dine at home, work minimally, remain single, and refrain from having children. During the late ’60s, the United States had comparable hippies rejecting traditional responsibilities through the counterculture movement.

In the recent Oscar winner for best picture, Nomadland, the heroine showcases the equivalent of a lie-flat movement in America. After the death of her husband, she abandons her house, works enough only to get by, rejects relationships with family or a romantic partner, and chooses a simple, responsibility-free life of her own volition.

In the Tao Te Ching, he encourages everyone to refrain from buying expensive items, endure humiliation, and aspire to nothing. Lao Tzu’s ideal society is a small country with few people, filled with only the voices of chickens and dogs, and minimal societal interaction. This sounds reminiscent of a lie-flat society.

Jesus Christ and Shakyamuni (Buddha) also preached lie-flat tenets of detachment from material wants and wanting less. In the early days of Christianity and Buddhism, they lowered the desire for material possessions, reflected on their life through meditation and reflection, and found peace in the relationship between the self and the universe or God.

Many scholars will put forward another term in analyzing mainland China: Involution.  It is a medical term (as in the link) applied to sociology.

As such, involution refers to a state where an ecological or social system no longer upgrades and begins to collapse inward, essentially turning in on itself. This term is really appropriate for mainland China’s current state.

That is, Chinese society as a whole is a closed system collapsing in on itself. Lying Flat is the choice made by disillusioned youth living within such a society. The former is the cause and the latter is the effect inside of CCP China.

As usual, the CCP reverses the effect as the cause, instead of truly addressing casual issues of societal problems. At the initial outbreak of COVID-19, the CCP focused on suppressing media and whistleblowers to protect their reputation instead of suppressing the virus and its spread.

Suppressing the virus required telling the public, and closing all China travel domestically and internationally. This was at odds with protecting their reputation. The world saw which choice they prioritized.

A version of the lie-flat movement inevitably appears in all societies, to varying degrees. In any society, if the population stops striving for progress on a large scale, the result will certainly be social decline. This is the reason why CCP authorities are nervous about the emerging lie-flat movement in China.

So… How can the CCP motivate disillusioned youth?

The CCP’s totalitarian system may not be able to come up with a very good solution. The communist autocratic system is good at solving economic shortages and sudden public crises, but it is not good at managing a thriving economy or social trends.

When the economy is in short supply, food stamps can be used to restrict the public from overconsumption. When people cannot find a job or can’t survive, it uses recruitment indicators to restrict it.

But when a country is not in a state of emergency, it is hard to force centralized control over everything. If many people want to relax through life and not work hard, authorities cannot force ambition in their citizens.

The only weapon CCP authorities have is the media to try to influence public opinion. However, this method is ineffective on the lie-flat movement, because it ignores the pressures of the outside world.

It could be that the threat of China’s lie-flat youth may be much more of a headache to the totalitarian CCP regime than even the passionate Taiwan or Hong Kong independence movements.

Alexander Liao is a Hong Kong journalist. He has published a large number of reports in Chinese financial magazines in the United States and Hong Kong.