CHINA’S XI MAY BE SCREWING UP WORSE THAN BIDEN 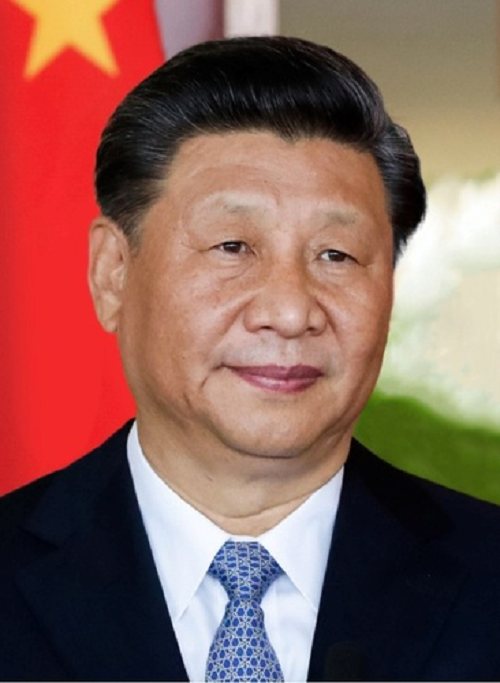 Many fatalists see America in decline and China ascendant.  China’s dictator, Xi Jinping, agrees in public.  But beneath the shiny new infrastructure, the amazing economic growth and competitiveness, China faces a reckoning, just as it prepares to mark a century of its Communist Party (founded July 23-31, 1921).

We can thank President Trump for the belated recognition that China is the most important strategic threat to the United States.  As little as two years ago, Joe Biden stupidly dismissed the idea that China was a threat, as reported by NBC:

“Democrat presidential candidate Joe Biden said Wednesday night that China was “not competition” for the U.S., prompting blowback from prominent members of both political parties.

At an event in Iowa City, Biden was explaining why he believes concerns that China could eventually surpass the U.S. as a world superpower and economic force are overstated.

“China is going to eat our lunch? Come on, man,” the former vice president said. “I mean, you know, they’re not bad folks, folks. But guess what? They’re not competition for us,” he added.”

Now, even Biden and the most establishmentarian of diplomatic commentators recognize that China is the geopolitical threat to face this century.  Fareed Zakaria in the Washington Post:

“In a country that is divided on almost everything, one area of bipartisanship in the United States is alive and growing — fear of China. “The Chinese are eating our lunch,” says President Biden. Republican Sen. Josh Hawley of Missouri says they “are well on their way” to achieving their goal of world “domination.” Experts warn that China’s Belt and Road Initiative and vaccine diplomacy are bolstering its soft power.”

China’s stunning economic growth, post-COVID (18% in the first quarter of 2021), on top of its advances in infrastructure-building, 5G telecom dominance, and export prowess, all can lead to a degree of fatalism, especially in light of the incompetence of Biden’s diplomacy and his son’s lucrative business ties to China, and the blackmail potential on the hard drive of his laptop computer.

But China under the near-dictatorial rule of Xi Jinping is alienating most of the world’s advanced economies.
Late last week, as veteran China-watcher Katsuji Nakazawa of Nikkei Asia wrote:

“The European Parliament has voted overwhelmingly to freeze the ratification process of an investment pact with China — a deal that Beijing six months ago considered a big strategic victory.

It has sent shock waves throughout China, with only one month and change before arguably the most important event in President Xi Jinping’s era, the 100th anniversary of the Chinese Communist Party’s establishment, on July 1.

Some party members are worried that the centenary’s festive mood will be dampened by the harsh diplomatic reality. Not only are China’s relations with the U.S. bad, but now EU relations are stuck in a ditch.

At this rate, not many Western leaders are likely to phone or telegraph congratulatory messages to Beijing for the party’s 100th birthday.

President Xi does not appear to have many cards to play.”

It is not just the U.S. and the E.U. that China has alienated.  The entire world has been traumatized by the COVID pandemic that we now know (after over a year of media and tech complicity in pushing the cover story of wet market origins) came out of the Wuhan Institute of Virology’s lab.

And we know that when people got sick in Wuhan, China closed off Wuhan from the rest of China while allowing Wuhan Chinese to travel overseas, a near–smoking gun bit of evidence that China saw it as a bioweapon, whether or not it was deliberately engineered as such.

Australia has had the effrontery to demand a reckoning from China on COVID’s origins and has been mercilessly bullied by China for doing so.

China’s neighbors in Asia, with the sole exception of North Korea, have been deeply alienated by China’s aggressive moves in the South China Sea, creating artificial islands, building military installations there, and claiming sovereignty, including the right to control seaborne commerce through the busiest and economically most critical trade routes in the world.

America’s challenge to those claims is drawing support even from former enemies like Vietnam, along with the rest of coastal Asia.  India, China’s neighbor and the only other country with a billion-plus citizens, is fighting a war with it in the Himalayas and is mobilized against China.

Even China’s claimed early success in suppressing COVID domestically may not be permanent.  Consider this story from yesterday’s (5/31) Daily Caller:

The city reported 27 new cases, 7 of which were imported cases from travelers landing in Guangzhou. The city government imposed quarantine measures on the residents of five streets, ordering them not to leave their homes and closing nearby entertainment venues and markets, according to Reuters.”

Last Friday (5/28) Foreign Affairs journal reported China’s Inconvenient Truth: domestic strife in China around issues that are favorites among progressives: economic inequality, feminism, and racial discrimination, as well as those that trouble conservatives, such as government bureaucratic interference.

“Xi Jinping is in a race against time. The glow of China’s early economic rebound and containment of COVID-19 is fading.

China’s own society is fracturing in complex and challenging ways. Discrimination based on gender and ethnicity is rampant, reinforced by increasingly nationalistic and hate-filled online rhetoric. The creative class is at loggerheads with petty bureaucrats. And severe rural-urban inequality persists.

These divides prevent the full participation of important sectors of society in China’s intellectual and political life and, if left unaddressed, have the potential to sap the country’s economic vitality. As Xi seeks to bolster indigenous innovation and domestic consumption, his success depends on the intellectual and economic support of the very constituencies his policies are disenfranchising. And as he promotes the “China model” as worthy of emulation, these same divides dim China’s appeal and undermine China’s influence.

Unless Xi moves quickly to heal the rifts, his Chinese dream of the “great rejuvenation of the Chinese nation” will remain just that.”

Consider the fate of some of China’s most accomplished entrepreneurs, the people who spark economic progress:

“Xi has cracked down on video game content; criticized tech companies for inadequately censoring illicit material on their platforms; and sought to ensure that the country’s tech leaders do not become independent sources of political influence.

A few of China’s most well-known technology industry leaders have openly criticized government intervention and been met with draconian responses. When, in late 2020, Alibaba founder Jack Ma criticized the Chinese bureaucracy for its ham-handed efforts to regulate complex problems and for stifling innovation, the planned initial public offering of his fintech company, Ant Financial, was pulled just days later.

Then, in May 2021, Beijing moved against Ma’s university, a competitive business training program for entrepreneurs, removing him as president and pledging to change the curriculum. (According to one report, the CCP was concerned that Ma was creating an exclusive network that might somehow challenge the CCP.)

When Wang Xing, CEO of the food delivery service Meituan, shared a Tang dynasty poem pointing out the foolishness of  China’s first emperor for attempting to secure his power by burning books and suppressing intellectuals (veiled criticism of Xi, allegedly), Meituan’s stock plummeted.

One by one, the country’s foremost technology entrepreneurs—Ma, ByteDance’s Zhang Yiming, Pinduoduo’s Huang Zheng, Tencent’s Pony Ma—have either retreated from leading the companies they founded or removed themselves from the media spotlight.”

This is not to say that China is doomed.  It remains dedicated to economic advancement, and its universities and lower-level schools are untroubled by the dumbing down and anti-intellectualism that have rotted out American education.  The Chinese people respect learning and academic achievement and work very hard at them.  David Goldman, one of the most astute observers of international economics, speculates with a healthy dollop or irony that:

“China may become “The Last Refuge of Western Culture” because its universities rigorously teach the classics of Western intellectual life even as the ascendant barbarians of wokeness jettison our supreme heritage of culture, from classical learning to music to math — now denounced as racist by the know-nothings of the left.”

One additional reason that I predict China will have grave difficulties in leading the world into a post-American new world order with itself at the top is China’s own multiple millennia of history.

Until its abrupt decline and fall that began when Westerners forced China to accede to mass importation of opium (enforced via two wars in which Western gunboats defeated China’s traditional armaments), China had no experience at all of diplomacy as the relationship of sovereign states with equal standing as such — the so-called Westphalian state system.

China was the “central kingdom” to which all others paid tribute as vassals of a sort if they wished to engage in relations.

That worldview crumbled under the weight of military defeat and domination by Western powers that “cut up the Chinese melon” for their own benefit and humiliated China for centuries, with the Japanese invasions, conquests, brutalization, and colonization driving home the point in the last century.

The imperial order fell, eventually to the Chinese Communist Party that at first kept China impoverished for forty years of Maoist rule.  But after Mao’s death, as the U.S. led China back into the world trade system and economic structures were loosened domestically, China modernized with blinding speed and rose to the level of peer and rival of the United States as world leader.

The 100th anniversary of the founding of the Chinese Communist Party mentioned by Nakazawa, coming in late July, will be a psychologically huge event for all Chinese.

Xi and the CCP desperately want it to be a moment of triumph, an opportunity for the Chinese people to express their gratitude for the very tangible improvements in their standard of living and in China’s standing as a great nation of the world.

But Xi’s and China’s inability to deal as equals with the rest of the world, its predatory theft of intellectual property — no longer casually accepted as the price of doing business there — and its destructive Belt & Road initiative that has already bankrupted or deeply indebted countries that received its “aid” all are contributing to a pariah status for China.

Most of all, China looks to have imposed on the rest of the world a pandemic that has been a catastrophe of the first order.