CHINA IS OUTCOMPETING RUSSIA IN AFRICA 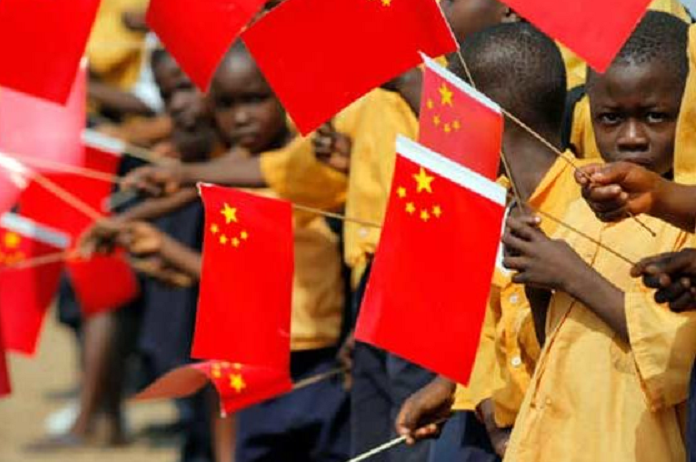 Russia and China are typically lumped together as the two new challengers to the role of Western countries in Africa. They are certainly that, but they are pursuing rather differing strategies and, thus, are virtually certain to find themselves at odds in the future.

Moscow has sought short-term advantage, by which it hopes to profit from Western neglect. But as a result, the Russian side is likely to fall even further behind China, which is pursuing a much longer-term approach that involves integrating sub-Saharan Africa into Beijing’s Belt and Road Initiative, or BRI.

For the present, these two approaches may not be completely at odds; however, in the longer term, they are prone to be, with Russia having to accept a role subordinate to China in Africa or give up its current relationships with African countries.

That is not something President Vladimir Putin is likely to be happy about and may even become an increasing source of conflict between Moscow and Beijing.

Russia’s outreach to Africa had heretofore been defined by an almost exclusive focus on what might be called “targets of opportunity”: weak countries with governments threatened by unrest and lacking outside support from the West or from China but that have important raw materials reserves, such as gold and diamonds, that the Russian regime might profit from.

Indeed, in the words of one Moscow-based commentator, Aleksandr Golts, Putin has acted in Africa on the assumption that when he does intervene there, Russia will be the strongest or even the only outside player that matters.

The problem with this Kremlin-perceived “Jurassic Park world,” as Golts terms it, is that it diverges from the reality on the ground. And in fact, other powers, including a rising China, act in ways that preclude Russia from achieving its goals there because others—China included—are willing to invest into further developing the continent and not just exploiting the status quo (Ej.ru, October 29, 2019).

China approaches Africa as it does most parts of the world, with longer-term objectives in mind. In Africa, this has meant inter alia building east-west rail lines to link the Indian Ocean and the Atlantic together, thus creating yet another avenue for the expansion of trade and influence between this continent and the Asia-Pacific region (see China Brief, July 22, 2010 and April 9, 2018).

To make that happen, China has invested heavily in countries along this route, something that wins it more friends than does Russia’s siloviki (security services) driven and heavy-handed exploitation of their resources.

As China’s BRI project continues to expand, the conflict between Beijing’s and Moscow’s rival approaches in Africa—and more generally—is becoming clearer. And at least some in the Russian capital are beginning to take notice.

The well-connected Moscow-based analytical portal Real Tribune draws on Chinese reporting to suggest that China is stealing a march on all other outside powers because of its long-term Africa strategy and because it has invested more in the countries along the railway routes it is building across the content.

In other words, the piece argues, China is offering more than simply exploiting the economic resources of these countries, as European colonial powers did in the past or as Russia, in many respects, is doing now (Real Tribune, South China Morning Post, June 27).

According to the Real Tribune analysts, “China is building railways in Africa in support of the local economies.” As a result, “over the last decade, Beijing has strengthened its position as the most important contractor and sponsor of infrastructure in Africa,” building not only railroads but ports and supporting facilities that naturally help China, while also promoting the development of the national economies.

For that reason, and bolstered by the fact that China is also non-white, Beijing has outcompeted European powers, which have cut back their investments or had a legacy of exploiting their former colonies.

By that same token, Chinese activities have outmatched Russia’s, with the latter country not in a position, economically, to invest anything close to what China is spending—some $1.3 billion in the past several years alone (Real Tribune, June 27).

Moreover, China is active across the continent and not just in troubled countries, building transcontinental railways rather than simply tracks from the interiors of some countries to coastal ports, as other powers have done.

At present, Real Tribune notes, Beijing is working both west to east in Nigeria and east to west in Tanzania. And these plans—which the Chinese loudly promote and Africans appreciate—mean that China may very well be on its way to becoming the dominant outside power on the continent.

In that event, Moscow will be forced to recalculate its own strategy given that there is now a real outside power in Africa, not the power vacuum Putin has counted on in the past.

And Chinese outlets are playing up something else. They are pointing to the fact that what China is doing presently builds on past actions. It is not a short-term policy that Beijing can and will change overnight—a sharp contrast to Moscow’s activities in sub-Saharan Africa, where the Russian approach has been on-again, off-again.

Even now, the Chinese are citing former Communist leader Mao Zedong’s observation in 1965 to Julius Nyerere, who was then the president of Tanzania: “In the past, foreigners built railroads in Africa to steal Africa’s wealth. The Chinese are doing so with an entirely different goal,” he said. “They are building them to help us both in the development of our national economies” (Real Tribune, June 27).

Up to now and perhaps for a few years more, China’s new railroads in Africa may help Russia achieve some of its goals; but beyond that, Chinese railways there will have a quite different impact, one that will work against Russian interests and the current tactics Moscow is using to promote them.