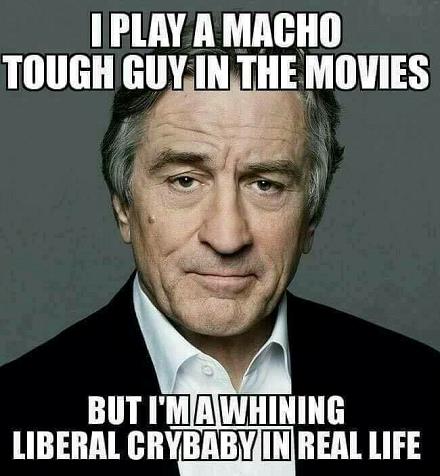 If you could morph his most violent, unhinged on-screen characters into one smoldering carcass of molten human hatred and ferocity, then this was that hybrid beast.

And he was intent on unleashing a verbal weapon of mass destruction at the man he despises more than life itself: Donald J. Trump. 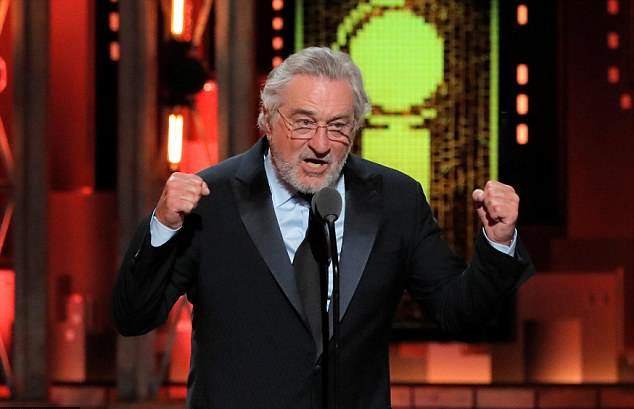 The 74-year-old tuxedo-clad thespian stood at the microphone for several long, lingering, intense seconds, driving the Broadway audience to whoops of expectant excitement.

This promoted a spontaneous explosion of ecstatic joy and De Niro raised his arms into a triumphant boxer-style pose.

He stared out, his inflamed eyes bulging with viciousness.

Then he saw people, HIS people, begin to spring to their feet to cheer, so he paused to soak up their adulation.

As the TV cameras cut to pictures of stars grinning with delight, De Niro did another boxer victory pose, this time holding his arms in a chest press position until the whole theatre was on its feet, roaring for their champion.

I don’t think I’ve ever seen a human being more pleased with himself in that moment than Robert De Niro.

He’d done what he came to do – hijacked yet another awards show with his anti-Trump vitriol, certain in the knowledge it would earn him more airtime and positive media coverage than any of his dismal movies in the last 20 years.

And all the luvvies in the crowd had found a heroic mouthpiece for their own festering hatred of Trump.

What was extraordinary about this outburst, and the audience reaction, is that at the very moment it was happening, President Trump had just flown in to Singapore for his historic summit with North Korean leader Kim Jong Un.

This is a meeting of quite stupendous importance, not just for America but for the world. 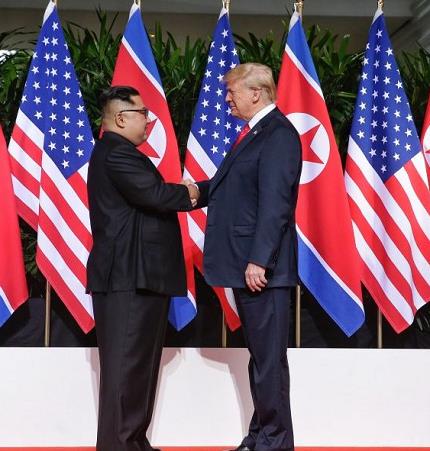 If Trump can somehow pull off a genuine, meaningful peace deal with the planet’s most repressive, dangerous regime, then he will have achieved something none of his predecessors achieved, and saved all of us from a potentially catastrophic nuclear war.

It’s a big ‘if’, and it may still all end in dismal failure and a PR coup for Jong Un.

But I admire Trump for trying, and for getting this far.

Surely the correct response to this trip from all Americans, regardless of their personal enmity towards Trump, is to hope it works and to wish their President every success in his efforts?

Yet instead, Hollywood’s liberals have once again launched a barrage of foul-mouthed public abuse against him.

The same Hollywood liberals, lest we forget, who gave fugitive child rapist Roman Polanski a standing ovation at the Oscars.

Of course, there’s an absurd hypocrisy to celebrities berating Trump for coarsening American political discourse with inflammatory rhetoric, then yelling ‘**** TRUMP!’ on live TV as families watch at home.

Just as there was when arch feminist Samantha Bee recently decided to call Ivanka Trump the filthiest vulgarity you can call a woman on her own show. 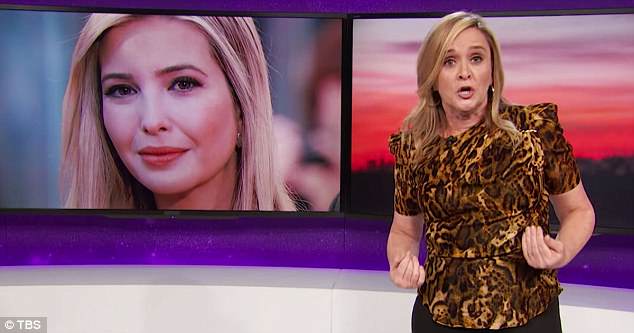 But there is a wider, bigger question for these stars that should concern us all a lot more than their abusive language, and it’s this: at what point does your blind, pathological hatred for your President override America’s national interest?

The perfect illustration of what I’m talking about came on Friday night during Bill Maher’s Real Time show on HBO.

Maher, a man whose aversion to all things Trump almost rivals De Niro’s, actually said the following words as he articulated his desire to remove the President from power:

“I feel like the bottom has to fall out (of the economy) at some point, and by the way, I’m hoping for it. I think one way you get rid of Trump is by crashing the economy. So please, bring on the recession. Sorry if that hurts people but it’s either root for a recession or you lose your democracy.”

You loathe Trump so much you actually want a crippling financial crisis to ravage your own country and devastate millions of the poorest and most vulnerable of your fellow Americans?

There’s a word for that:  Treason.

The irony of Maher’s ridiculously offensive comment is that the economy has so far turned out to be very successful under Trump.

Unemployment’s fallen to an 18-year low of 3.8%, with Black and Hispanic unemployment hitting historic lows.

And the stock market, too, has been hitting record highs.

Last week (6/07), Warren Buffett, the Sage of Omaha, gave Trumponomics a ringing endorsement, saying the US economy was ‘feeling strong’.

Using a baseball analogy to explain his positivity, he added: ‘If we’re in the sixth inning, we have our sluggers coming to bat right now.’ 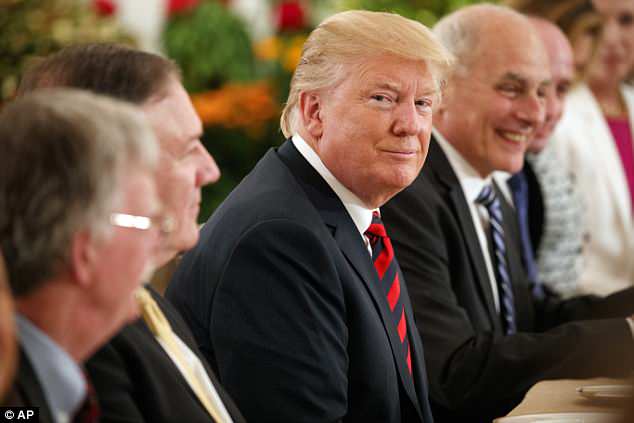 So why would Bill Maher, himself worth a recession-proof $100 million with a $10 million yearly paycheck from HBO, be so keen to see the booming economy collapse?

The answer, sadly, is that he hates Trump so much he can’t bear to acknowledge any of his successes and would rather he fail even if that means America fails too.

That’s why the Tony Awards crowd went so crazy when he went crazy.

Just as similar liberal actor crowds did when De Niro spouted similar abuse at other awards ceremonies, including one occasion when he actually threatened to physically beat up the President.

It’s childish, pathetic and embarrassing – all the things De Niro professes to hate in Trump.

And coming as the President tries to forge peace with North Korea, it’s also very un-patriotic and disloyal. In fact, it feels un-American.

The bottom line in all this: Trump-bashing stars like De Niro and Maher now hate him so much they’d rather see America sucked into war and recession than for him to succeed – we used to call that treason.

My message to these Trump-loathing stars and all those who applaud them is this: you can hate the President all you like, but if your hatred means you’d rather see America sucked into war or financial ruin than to see him succeed, then YOU’RE the problem – not him.

And shame on you.

Piers Morgan is a British journalist and television personality.