2 The Point News » Guest Authors » Members Only » CAN WE REFORM A FBI THAT BEHAVES LIKE A GESTAPO?

CAN WE REFORM A FBI THAT BEHAVES LIKE A GESTAPO? 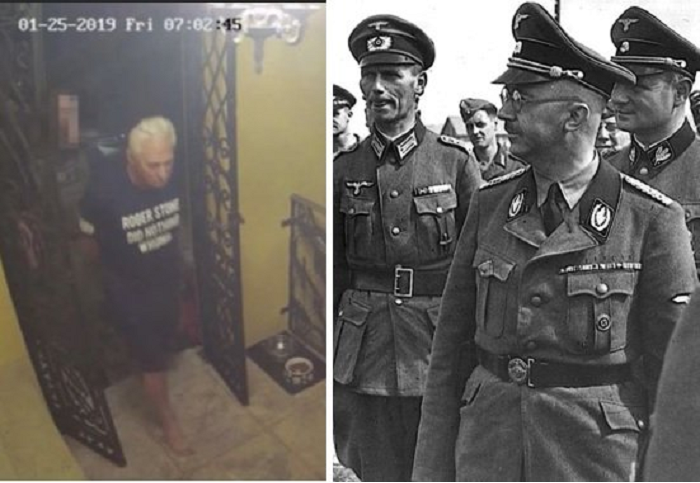 FBI arrests Roger Stone at his home and Gestapo officials

Short answer – I doubt it.

But it is a legitimate question to raise because there are still some patriots serving within the ranks of the FBI who are beyond distraught over the gross politicization of their once proud, respected organization.

Some of the men and women with 20 years in are simply counting days and hours until they can punch out. There is genuine, deep seated hatred for Christopher Wray and his coterie of lackeys eager to suckle on the teat of the Deep State.

The final straw for many in the bureau is the dishonest response to the January 6 swarm at the U.S. Capitol. For starters, the FBI had intelligence about Antifa’s plans to infiltrate the crowds of Trump supporters and incite violence.  But the FBI also was manipulating some of the very groups labeled as “white supremacists”, e.g. the Proud Boys.

While the FBI leadership is doing everything in their power to paint honest, law-abiding Trump supporters as nascent “white supremacist” terrorists eager to impose Ku Klux Klan rule across the nation, the frontline agents who are doing the interviews of “persons of interest” are coming up with nothing from the Trump folks. No evidence of planning, coordinating or executing violence.

What some are finding is that Antifa people–more than several dozen–were paid to go to Washington, DC and incite violence. But there is an unanswered question–will this evidence see the light of day?

If Christopher Wray, the FBI Director, has his way it will be buried and kept from the public. He will give it the Hunter Biden laptop treatment.

I return to the question I posed as the title of this piece – Can the FBI Stop Acting Like a Modern Day Gestapo?  Because Nazi Germany’s Gestapo was a highly politicized “police” force.

The Gestapo had the authority to investigate cases of treason, espionage, sabotage and criminal attacks on the Nazi Party and Germany. The basic Gestapo law passed by the government in 1936 gave the Gestapo carte blanche to operate without judicial review—in effect, putting it above the law.

The Gestapo was specifically exempted from responsibility to administrative courts, where citizens normally could sue the state to conform to laws.

I never imagined the day would come where I would be serious about comparing the FBI to the Nazi Gestapo. But that day has come.

We already have clear evidence of their criminal conduct in the cases of LtGen. Michael Flynn, Carter Page, George Papadopolous and Roger Stone.

But that requires some legislators and judges with spine – a trait sorely lacking in Washington, DC at the moment. When you have Republican Leaders like Liz Cheney endorsing this outrage and fueling the lie that Trump supporters are white supremacists that must be extirpated, how can you expect any Democrat to step forward and protest?

I leave you with one simple recommendation – if the FBI contacts you and asks to talk, tell them “NO.” Refuse to cooperate in any way. The FBI is no longer your friend.

Larry Johnson is a former CIA agent and analyst.