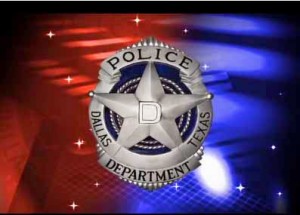 [ssba]“To assign the actions of one person to an entire movement is dangerous and irresponsible,” said Black Lives Matter after five Dallas police officers were killed during a BLM protest.

Here’s who the Dallas Police Five were, murdered simply for the color of their skin.

Black Lives Matter doesn’t practice what it preaches. Neither do President Obama or most in the news media.

Jumping to conclusions before the facts are known also is dangerous and irresponsible.

The shootings of black men in Louisiana and Minnesota “are symptomatic of …the racial disparities that appear across the (criminal justice) system year after year,” President Obama said. But the more we learn about those shootings, the less it seems they were racially motivated.

Doubtless some cops are racist. The Dallas police who risked their lives to protect black protestors are more typical.

A hero cop died protecting me and my sons, said Shetamia Taylor, 37.

“One police officer that was standing there pushed me out [of] the way because [the shooting] was coming our direction,” Lynn Mays told a local tv station.

In what he said was “the most surprising result of my career,” Harvard Prof. Roland Fryer found no evidence of racial bias in his study of shootings in ten major police departments.

Whites and Hispanics are three times more likely to be killed by police, said Heather MacDonald of the Manhattan Institute. For every unarmed black shot by a cop, 18 police officers are murdered by a black thug, she said.

Black Lives Matter was begun in 2013 to protest the shooting of Florida teenager Trayvon Martin.  But a jury found George Zimmerman acted in self defense.

Michael Brown had his hands up when he was shot in Ferguson, Missouri. BLM claimed. He was shot after  trying to take the officer’s gun, a grand jury concluded.

Participants in BLM’s often violent protests have called for the murder of police.

Was Micah Xavier Johnson, the cop-killer in Dallas, who said he “wanted to kill white people,” listening?

Was Lakeem Keon Scott in Bristol, Tennessee listening?  Last Thursday (7/07),  he shot four whites at random, murdering one, because he was angry about police violence against African-Americans. Since the shooting in Dallas, blacks have ambushed cops in Georgia, Missouri and Indiana.

The number of police officers shot and killed is up 44 percent this year. More cops have been ambushed than in all of 2015.

At a memorial service yesterday (7/12) for the slain Dallas police officers, President Obama had the unconscionable gall to defend BLM protests, likening the murders of police to the shootings of Alton Sterling and Philando Castile.

The president is trying “to calm racial tensions that his own behavior has done much to aggravate,” said former Fox News anchor Brit Hume. He “reminds me of a pyromaniac who sets a fire and then calls 911,” Sheriff Clarke said.

“It saddens me that what little is left of the black civil rights movement is spent defending thugs, hustlers, drug dealers, and troublemakers,” said John Gibbs, a computer science engineer who is black.

“My life is made safer by the police who stand between me and people like Sterling, who is much more likely to break into my car or stick me up at night compared to any harm that might come to me from a police officer,” observes Mr. Gibbs.  The link he provides is to Alton Sterling’s criminal arrest record.

When Barack Obama was elected, the silver lining in the cloud I saw descending on America was that the election of the first (half) black president would promote racial healing. He’s been the most racist president since Woodrow Wilson.

For every black killed by a white cop, more than 70 blacks are killed by other blacks. The real tragedy is so many blacks must live in inner city neighborhoods where gangs run riot, schools are terrible, jobs are scarce.

Whites aren’t to blame for the terrible conditions in which so many blacks live. Those at fault are local government officials (Democrats all), politicians in Washington whose policies hurt black families (Democrats mostly), and blacks themselves.

Chicago and Gary Indiana are “like death,” said Va’shona Dixon in a Facebook post that’s gone viral. “The Democratic Party, Obama, has done nothing for the black community,” she said. “All they doing is using black people to stay in power.”

“The Welfare Industrial Complex has produced generational government dependence that has devastated black families and communities and created the criminal underclass of black thugs the police are killing today,” Mr. Gibbs said.

“We as black people, we’ve got to do it better,” said former NBA star Charles Barkley. We never get mad when black people kill each other. We need the cops, especially in the black community.”

Blue lives matter.  To all of us, and should especially to blacks.  It’s a national tragedy they don’t to Mr. Obama.

Jack Kelly is a former Marine and Green Beret, and was the Deputy Assistant Secretary of the Air Force during the Reagan Administration.  He is the national security writer for the Pittsburgh Post-Gazette.