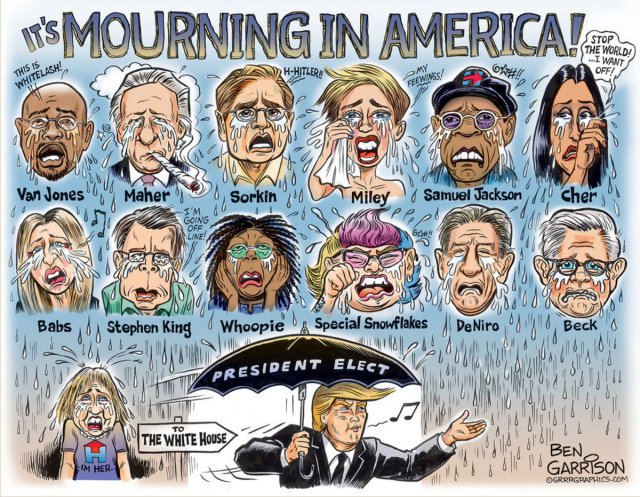 [ssba]There is no word in the English language for schadenfreude – a German word that translates to “joy in the misfortune of others.”

British writer Alistair Cooke calls schadenfreude “an unworthy emotion, which may be why we don’t admit to it by having a word in English.”

Yet only saints don’t feel or enjoy schadenfreude.  This is particularly so when we feel the misfortune and misery of others is deserved.  That’s why audiences cheer when the villain in a movie gets his in the end.

Or how about this news: Oregon Official Who Persecuted Christian Bakers Loses Election.  Don’t you feel like shouting, “Hallelujah!”?

Even though schadenfreude is fun to feel, we don’t want it to linger in our hearts.  The longer it lingers, the more corrosive it is to our souls.  Okay, laugh at the losers, but then start feeling something better.  What would that be?

Let’s look to Beethoven for the answer.

The greatest musical achievement in history is considered by many (myself included) to be his Ninth Symphony.  He composed it after he had become deaf.  It premiered on May 7, 1824 at the Kärntnertor Theatre in Vienna.  Even though he could not hear, he insisted on conducting.

Beethoven knew he had composed something radical and was unsure how the audience – consisting of the Austrian Empire’s cream of society – would respond.  At the finish, the orchestra just sat there instead of standing to receive applause.  Beethoven slumped, thinking his greatest work was a failure.

The famous contralto in the choir, Caroline Unger, realized what was happening.  Beethoven was facing the orchestra with his back to the audience.  Tears streaming down her face, she ran across the stage to turn Beethoven around so he could see what he could not hear – the people in delirium, standing and cheering, ladies waving their handkerchiefs, men throwing their hats in the air.

The old man cried tears of joy.  The orchestra had sat until Beethoven himself received the adulation.  Now they could stand.

The most revolutionary part of the Ninth is a chorus singing a poem in the final movement, based on Friedrich Schiller’s Ode to Joy written in 1785.  Putting it to music is a stunningly magnificent artistic achievement.   Here is the German, and English translation:

I submit that our response to Trump’s victory and the left’s reaction to it not be one of schadenfreude, but a sense of overwhelming joyousness, a liberating joyousness that frees us from the liberal insanities of the past and enables us to create a sane future.  Trump’s victory should be our own Ode to Joy.

Let’s put the momentousness of what happened last week in context.  It’s far more than a revolution that overthrows one set of rulers for another.  What just happened is a full-blown paradigm-shift.

The classic example of this in the history of science is in astronomy.  Science in everyday activity is puzzle-solving within an accepted framework of how the world works.

For many centuries, astronomers couldn’t figure out why planets moved as they did, given the obvious framework of the universe – that the Earth was at its center with the sun and planets orbiting around it.

This “geocentric” paradigm got so fantastically complex with a dog’s breakfast of epicycles within epicycles that it had to be jettisoned in favor of a “heliocentric” paradigm proposed by Copernicus in 1543.  Planetary motion was far more easily explained by assuming the Earth was a planet itself, and it with all the other planets rotated around the Sun.

That is such a paradigm-shift that Sir Francis Bacon called it “the rape of the senses.”  The Sun isn’t rising; we from where we are on Earth are moving towards it – it isn’t setting either, we’re now just moving away from it.  A real 16th century mind-blow.

By November 8, 2016, the Liberal-Left’s Marxist-Fascist Political Paradigm that justified its controlling our lives had reached an intolerable apex of insanity.

College snowflakes with their triggers and safe spaces; the US military being transgenderized; protests demanding that men can use women’s bathrooms; letting the terrorist mullahs of Iran have nuclear weapons; ignoring the most scandal-ridden presidency in our history; trying to elect an impossibly corrupt overt criminal as that president’s successor – the examples could go on endlessly.

The American electorate has now decided to throw the entire Lefty Paradigm into the trashcan of history.  Its advocates are engaging in deranged spasms of outright fascism  — Assassinate Trump and Rape Melania explosions on Twitter,  fascist thugs and violent protests infesting city after city: 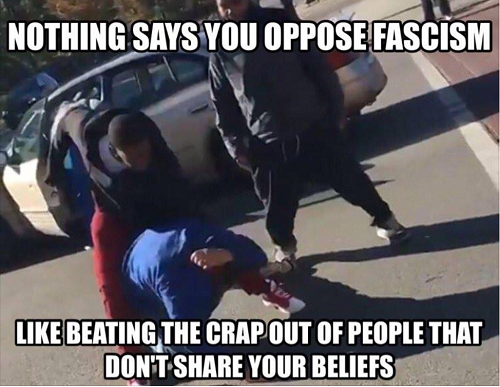 The demonic anger on display is fueled by the realization that the Left’s Paradigm is toast.

We just don’t care if we are called racist, sexist, homophobic, xenophobic, Islamophobic deplorables.  Hillary might as well have been speaking Urdu – the words don’t mean anything to us (actually, to anyone anymore).

Here’s a headline this morning (11/17): Press Dig In for Long Battle against Trump.

You can hear the peals of laughter coming from Trump Tower over this.  It’s like the Japanese dug in on an island in WWII that MacArthur decided to pass by as no longer of strategic importance.

Trump’s mantra is Make America Great Again.  It resonates because the Left’s goal, personified by Zero, is to diminish America.  What I believe MAGA should translate to is Make America America Again – the freest, strongest, richest, and most morally noble country on earth.

We were that once.  Now we can be once more – with more opportunity to do so than ever.

Beethoven’s Ode to Joy has universal appeal.  It is, for example, Japan’s Anthem of Peace.  Every year in December, 10,000 residents of Osaka gather to sing it in a concert given by the Osaka Philharmonic Orchestra.