ANGER AND MISERY OR OPTIMISM AND GRATITUDE — AN EASY CHOICE

The difference in tone between the Democrat and Republican conventions could not be more distinct.

Consider Michelle Obama’s scowling face.  Every person who spoke exuded rage, fury that President Trump had survived the four years of their demented attempts to destroy his presidency.

Even before the election, higher-ups at the FBI, the DOJ, and the CIA had hatched a scheme to prevent his victory.  Once elected but before his inauguration, they escalated their treasonous plan, which was constructed out of a tissue of lies.  To this day, Adam Schiff continues to promote the many lies he has foisted upon the American people with the eager help of a despicable and immoral media establishment.

This was a grievously corrupt group of people with power to abuse — and abuse it they did.  But they failed.  Yet they have not been deterred.

They invented out of whole cloth phony scandal after phony scandal.  Impeachment based on the phone call with the new President of Ukraine.  And now, the most hilarious of all, the removal of mailboxes in order to thwart votes by mail.  Everyone knows that an all-mail-in-ballot election would be fraught with cheating, like the ballot-harvesting the Democrats devised for exactly that reason — to cheat.

Yet these Democrats believe that the American people are so mindlessly gullible that they will buy their message of racism, fear-mongering and threats of continued violence.

What we saw on Monday night (8/24) was entirely different from the Democrats’ attempt to frighten people into voting for the hapless and senile Joe Biden, who, if elected, would be the puppet of Bernie Sanders, the commie squad, and the globalists of both parties who attain their massive wealth by stealth, like Biden’s drug-addled son, Hunter.

How did Speaker Pelosi and Senator Feinstein become incredibly wealthy?  They have long used and abused their positions of power for personal gain.

Not once in four days did a single Democrat bemoan or condemn the violence, looting, and rioting that are destroying so many Dem-run cities across the country.  They seem to think supporting these Marxist groups, Antifa and BLM, will work in their favor; that defending the criminals at the expense of the law-abiding will get them elected and defeat Trump.

How wrong they are.  Most Americans are shocked by the left’s defense of these mobs that are devastating their own communities without a shred of concern for the lives they are ruining.  They are horrified by the Democrats’ lack of defense of law enforcement, their support for abolishing cash bail and prisons, their advocacy of anarchy.

The speakers on the first night of the Republican convention were from an altogether different planet.  They represented those of us who love this country, who know that it is not a racist nation.  Every speaker had a story to tell, and all of the stories were a powerful expression of why those who told them love America and are grateful for what this country means to them.

People of a certain age who were educated before the left destroyed our schools know only too well that it is Joe Biden and his party that bear the two-hundred-plus-years responsibility for the racism that ravaged the nation up until the Civil War.

It was Democrats who were willing to secede to preserve slavery.  It was Democrats who founded the KKK, created Jim Crow laws, opposed integration and the Civil Rights legislation of the 1960s (men like Al Gore’s father).  Those laws passed because of Republicans.  It was Hillary and Joe who revered former KKK exalted cyclops Robert Byrd.

The racism within this country is predominantly on the left.  That it’s on the right is the biggest lie the left tells — in academia, by the media, and by Democrats who take black Americans for granted, insulting them with their arrogant assumptions of their supposed permanent allegiance to their party. 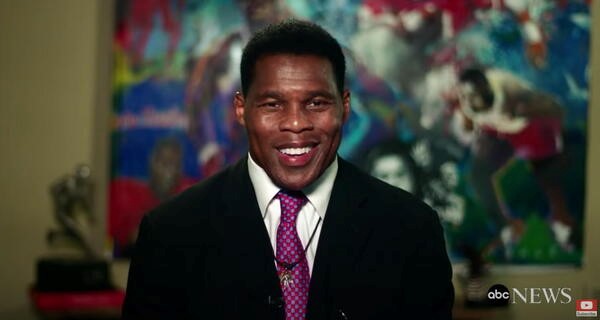 In November, Trump will have the votes of many more African-Americans than he did in 2016.  Of that we can all be sure.

Trump achieved the lowest black and Hispanic unemployment in history.  He has made permanent subsidies to our historically black colleges.  He has funded opportunity zones to lift up blighted communities.  He got prison reform passed.  Obama/Biden did none of these things; they took the black vote for granted, and their party still does.

This first night of the Republican convention was glorious.  There was the gorgeous setting, the auditorium at Mellon amid a sea of American flags.  There were no masks!  Joe and Jill, alone on the stage the last night of their convention, appeared with those ugly black masks.  They wore them like a virtue-signaling badge of honor that the left thinks they are, but they were completely unnecessary under the circumstances.

It should be obvious to all Americans that the left is using the virus as an election benefit.  Leftists think that if they can keep up the fear of the virus and keep the economy locked down, they can blame the consequences on the president.

Biden stupidly promises to lock it all down again if advised by the “scientists.”  Like Fauci?  Fauci has proven to be a self-serving patent man who hopes to become rich with a vaccine.  His disapproval of HCQ has cost thousands of lives.

Even though the timeline of Trump’s early actions at stemming the tide of the virus is exemplary, all the left has is blaming him for the COVID deaths, which is of course absurd on its face.

The talking heads on CNN and MSNBC were forced to make utter fools of themselves after this first night of American greatness.  They were intent on ridiculing whoever spoke and whatever he had to say, but they had to know that it was a triumphant night, the first of four, that celebrated all that is great about the United States.

If you did not see Maximo Alvarez’s short speech, watch it now.

The angry mobs who are in the streets of all these Democrat-run cities and who mean to destroy this nation and what it has become are unthinking, indoctrinated fools.  They’ve been taught to be entitled to what others have worked for and achieved, not to work or achieve themselves.

They are the saddest, most unfortunate people; they are to be pitied but not absolved of their crimes.  Law and order must prevail, which is why President Trump will be re-elected.  As always, it is not anger and pessimism that wins the day, but optimism and gratitude.