AN OPEN LETTER TO MR. BRENNAN 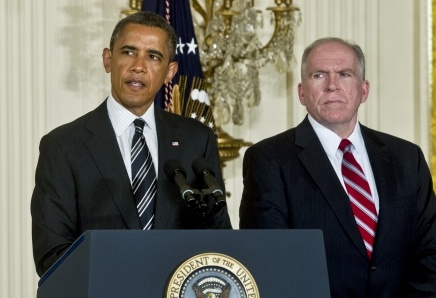 I implore you, however to cease and desist from continuing to attempt to portray yourself in the public media as some sort of impartial critic concerned only with the fate of the republic. I beg you to stop attempting to portray yourself as some sort of wise, all-knowing intelligence professional with deep knowledge of national security issues and no political inclinations whatsoever.

None of this is true.

In your capacity as an analyst for the Central Intelligence Agency, while still a junior officer, you were designated to brief the President of the United States who was at that time Bill Clinton. As the presidential briefer, it was your job to read to the president each morning finished intelligence written by others based on intelligence collected by yet other individuals. Period.

While serving as presidential briefer you established a personal relationship with then President Bill Clinton. End of story.

Everything that has transpired in your professional career since has been based on your personal relationship with the former president, his wife Hillary and their key associates. Your connection to President Obama was, in fact, based on you having established yourself by the time he came to office as a reliable, highly political Democratic Party functionary.

All of your commentary in the public sphere is on behalf of your political patrons. It is no more impartial analysis then would be the comments of a paid press spokesman or attorney. You are speaking each and every time directly on behalf of political forces hostile to this president. You are, in fact, currently on the payroll of both NBC and MSNBC, two of the networks most vocally opposed to President Trump and his agenda.

There is no impartiality in your comments. Your assessments are not based on some sober judgment of what is best for this nation. They are based exclusively on what you believe to be in the best interests of the politicians with whom you long since allied yourself.

It should be noted that not only are you most decidedly not apolitical but that you have been associated during your career with some of the greatest foreign policy disasters in recent American history.

As CIA Director for Barack Obama you:

-Presided over the Iran nuclear deal, which allowed Iran to escape from decades of containment and set the Middle East on fire.

-Watched while Russia annexed Crimea and then reestablished itself as a hostile force in the Middle East.

The extent to which you are tied directly to the Clintons, Barack Obama and the Democrat Party is clearly evident in the emotional nature of your recent commentary.

Ever since this president was elected there has been a concerted effort to delegitimize him and destabilize him. This has been an unprecedented attempt to undermine the stability of the republic in order to achieve partisan political advantage. You and your patrons have been complicit in this effort and at its very heart.

Now as the Mueller investigation collapses of its own weight and the extent of this conspiracy is beginning to become clear you are in evident panic. You should be.

You are free to do as you wish politically. Stop representing to the American people that there is anything else at play. You abandoned any hope of being a true intelligence professional decades ago and became a political hack. Say so.

“John Brennan started out his adulthood by voting for the Communist Party presidential candidate. He’s now ending his career by showing himself to be the most biased, bigoted, over-the-top, hyperbolic sort of unhinged director of the CIA we’ve ever had.”

Charles Faddis is a retired CIA operations and case officer, and the author of “Beyond Repair: The Decline And Fall Of The CIA“.