AN ENTREPRENEUR IN PARADISE 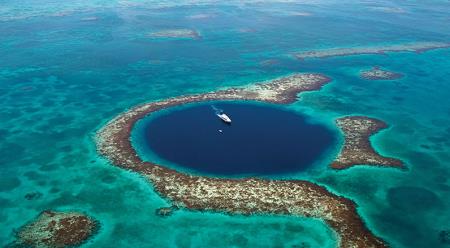 This is the world renowned Great Blue Hole of the Caribbean, made famous by Jacques Cousteau.  It’s part of the Belize Barrier Reef, the third largest coral reef system on the planet.

I was lucky to go scuba diving here and can attest, here is one of the world’s great dive sites.  Nearby is the idyllic island of Ambergris Caye (those Brits, spelling it “caye” and pronouncing it “key”), right off the Belizean coast. 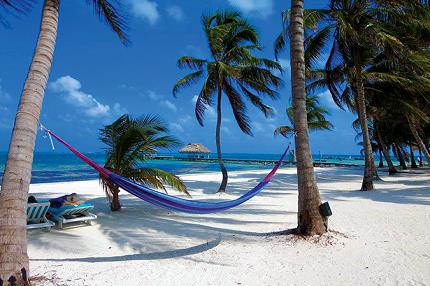 Belize is unique among the countries of Central America. 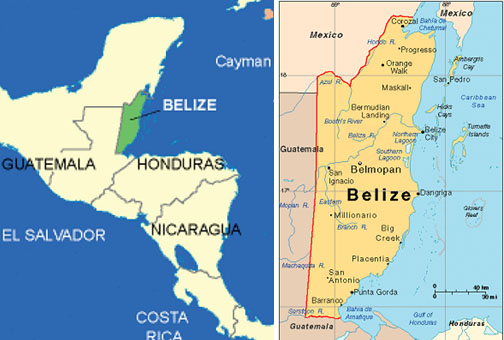 It’s the only English-speaking country in Central America – indeed one of only two English-speaking countries south of the Rio Grande all the way to Cape Horn (the other is Guyana in South America).  It’s ruled by the Queen of Belize.  You might not guess who that is:  Queen Elizabeth II – it’s one of her many titles, as Belize is part of the British Commonwealth.

How did that happen?  The region may have had a million people living there when the Mayan Empire was at its peak in 900 AD, but it was virtually uninhabited when Spanish conquistadors showed up in the mid-1500s and decided not to settle.  Which made it the perfect refuge-hideout for British pirates preying on Spanish gold-laden galleons in the Caribbean.

By the 1650s, the pirates, now calling themselves the Baymen (the coast is on the Bay of Honduras) established a trade colony and asked for British protection from Spanish colonies like Guatemala that wanted to gobble it up.  They got some but it took over a century of fighting encroaching Spanish until they finally kicked them out in 1798 – the Battle of St. George’s Caye on September 10, Belize’s national holiday today.

Yet it wasn’t until 1862 that the place became a British Crown Colony named British Honduras.  That long period of indeterminate control from London meant the Baymen were free to develop independent ways of doing things.  That sense of thinking for themselves, combined with British common law and traditions, made for a unique place in Central America.

After all, the place was named after the Scottish buccaneer Peter Wallace of Clan Wallace (descendant of Braveheart’s William Wallace) who established a base of operations there in the 1630s.  The Spanish pronounced his named val-ees, then bal-ees, spelled Belize.

Thus the Brits changed the name of their colony to Belize in 1973, and granted it sovereign independence within the Commonwealth in 1981.  It’s worth noting that the motto of Clan Wallace is Pro libertate!  Latin for For liberty!  Belizeans are very proud of their freedom.

Yet for years Belize was off the radar scope for development.  Belize has been the best kept secret among in-the-know travelers as the Unknown Caribbean Paradise.

Which brings me to my friend, Mike Cobb.  I call Mike an “Entrepreneur in Paradise.”

Rebel and I have known Mike and his wife Carol for years.  You just can’t meet a nicer, more likeable guy.  And he’s a TTPer of long standing.  We had the best time together in Namibia a couple of years ago.  Here’s Mike and his family getting out of the Africa sun at Sossusvlei… 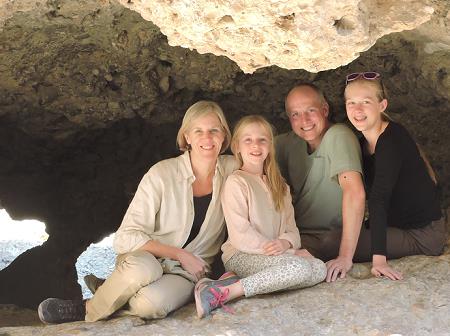 Mike’s company, ECI Development, has been creating and operating retirement resort communities in Latin and Central America for twenty years.  He loves Belize and it always bugged him that there was no major world-branded hotel.  So he decided to change that.

It will combine a 203-room resort hotel with 175 luxury condo residences, with all the amenities of pools, spas, shops, restaurants, and a plethora of water sports.

This is just launching, which means there’s an opportunity to participate in a variety of ways.  So if you’ve dreamed of retiring, living, investing, or working in a paradise like this… 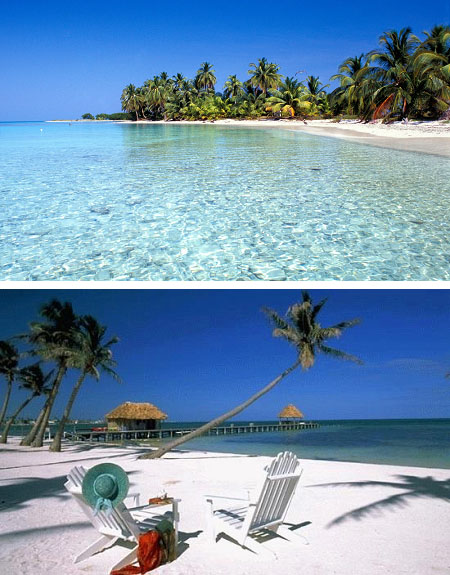 That’s so much fun, like at the fabulously funky Road Kill Bar…

Feel free to contact your fellow TTPer Mike for details at [email protected].

After all, you can’t beat a paradise that combines the Great Blue Hole and the Road Kill Bar, can you?  Especially when everyone there speaks English.