AMONG A MILLION PENGUINS IN SOUTH GEORGIA 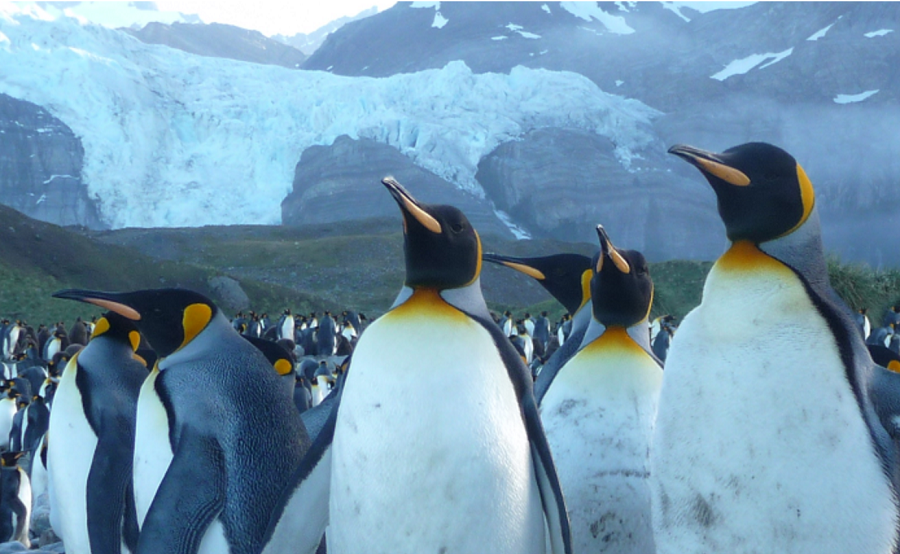 The Antarctic island of South Georgia is home to a million King penguins, plus countless fur seals, gigantic elephant seals, staggering numbers of seabirds such as albatrosses, amidst a backdrop of towering mountains with massive glaciers spilling off them.

Nothing can prepare you for the incomprehensible size of the penguin rookeries here, densely packed as far as the eye can see (all those white dots on the hills behind are penguins). Nor for the size of bull elephant seals weighing up to 8,000 pounds, especially when they rise up and crash their chests against each other in mating challenges emitting deafening bellows. Nor being surrounded by a thousand fur seals unafraid of you. The density of wildlife combined with the magnificent beauty of the island is completely overwhelming.

Here also is the abandoned whaling station of Grytviken where the heroic explorer Ernest Shackleton is buried. You can only get here by expedition cruise ship. South Georgia is one of the great experiences on our planet. (Glimpses of Our Breathtaking World #96 photo ©Jack Wheeler)