AMERICA IS LEAVING CHINA BEHIND 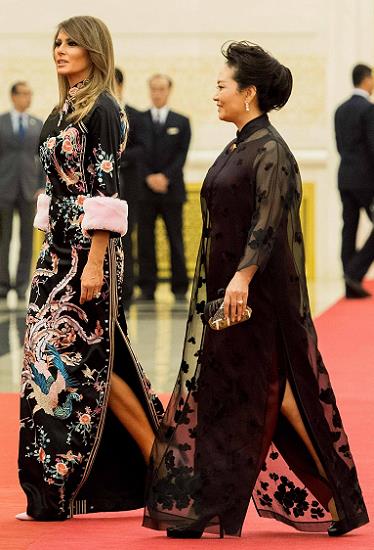 The great engine of American capitalism is once again firing on all cylinders, as shown by the 4.1 percent annualized growth of America’s gross domestic product (GDP) in the second quarter of this year.

Most Americans (with the exception of Democrats in Congress) are celebrating the good economic news. There is quiet rejoicing in many European and Asian capitals as well, since their mostly sluggish economies will now be drawn along in America’s powerful wake.

But there is one capital where the American economic renaissance is definitely not welcome news. Consternation reigns in China, where President Xi Jinping is nervously watching his “China Dream” of dominating the United States go up in smoke.

You see, surprising though it may sound, America’s economy may now be growing at a faster clip than China’s. And this changes everything.

Until recently, the Chinese economic juggernaut seemed unstoppable. Once China joined the World Trade Organization in 2001, its GDP exploded. Unfettered access to American markets – combined with predatory trade practices – allowed China to grow an economy only one-tenth the size of America’s to one nearly two-thirds as large.

Xi Jinping confidently predicted continued robust economic growth. He promised his people that in the decades to come China would dominate manufacturing, hi-tech, trade and just about everything. He said that by 2049 the Chinese economy would be three times the size of America’s (the year is chosen as the 100th anniversary of the Communist seizure of China).

China’s rise seemed so inexorable that in 2016 Bloomberg News even predicted the exact year that America’s economy would be eclipsed by China’s. It was a virtual mathematical certainty, its analysts calculated, that in 2027 the Chinese dragon would overtake the American eagle and never look back.

The prediction was based on two seemingly reasonable assumptions: First, that China would continue to grow its economy at 6.5 percent a year. Second, that America would struggle to maintain the anemic 2 percent growth of the Obama years.

Both assumptions have been dramatically proven wrong.

Under the Trump administration, the American economy is rising like a phoenix from the ashes of the over-regulation, over-taxation and bad trade deals that had threatened to suffocate it.

China’s economic growth, on the other hand, is slowing under the burden of an aging population, massive corruption, unproductive investment and excessive debt.

Add to this the growing risk that Chinese products will be gradually pushed out of their major export market – the United States – and you have the risk of a full-blown economic meltdown in China.

I concede that the official figures, especially those from China, seem to be at odds with my projection of continued American economic dominance. After all, the Chinese government’s state plan calls for robust 6.5 percent growth through at least 2021.

On the American side, Treasury Secretary Steve Mnuchin forecasts “sustained 3 percent growth over the next four or five years.” While this would be a boffo performance for a mature economy like ours, it would still be only half of China’s.

It is wise to be extremely skeptical of the economic claims of totalitarian dictatorships, whether they practice the classic communism of the Soviet Union or the so-called “red capitalism” of China.

Chinese officials exaggerate their country’s economic performance. In a sense, they can’t help themselves. If President Xi calls for 6.5 percent economic growth, officials report 6.5 percent growth – or perhaps a little more – for the country, prefecture or province they control. This is an act of political self-preservation.

How much do China’s autocrats inflate their GDP? A recent study by University of Chicago political scientist Luis Martinez suggests that autocratic regimes inflate their GDP growth by anywhere from 15 to 30 percent.

Martinez knows that a country’s growth in nighttime brightness – the amount of electric lights that are on each night – is a good measure of economic growth. The more light, the more growth. So, he compared the reported GDP growth rates of countries that were growing brighter at the same rate. Martinez found that China was the worst offender, inflating its GDP growth by about one-third.

Another study of night lights by researchers at the St. Louis Federal Reserve found that “cumulative Chinese growth over the years (1992-2006) could be overstated by as much as 65 percent.” The study said that only Burma – officially called Myanmar – had a larger gap between the official and estimated numbers.

Other economic metrics used to measure China’s growth may be equally misleading. The country’s colossal building spree, for example – no less than its stock market boom – has been funded not by private creditors or entrepreneurs, but by a massive outpouring of public debt.

The Chinese landscape is littered with “bridges to nowhere” – superhighways that carry virtually no traffic, along with high-rise apartment buildings that stand empty – each representing a government loan that will never be paid back.

All government spending is inherently inefficient. But in a society like China’s, where corruption on the part of Communist Party officials is endemic, it is actually destructive.

Officials at all levels conspire with well-connected companies to waste scarce public resources on projects where there is simply no expectation of a return – except for the officials and those they conspire with.

As a result of these factors, real growth in China is dramatically lower than the 6.5 percent Beijing claims. Even Harvard’s Kennedy School, long bullish on China, now projects that China’s GDP will grow at just 4.4 percent annually over the next decade.

Even this estimate may be far too optimistic, however, primarily because it doesn’t take into account the devastating effect that President Trump’s toughness is having on the Chinese economy. The country’s industrial output, retail sales and investment are all falling below forecasts. It stock market is tanking, and its currency is weakening.

The Trump administration’s limited tariffs, economists estimate, will cut as much as half a percentage point from China’s annual economic growth. If President Trump slaps a 25 percent tariff on all Chinese imports, as he has threatened to do, it could cut an entire percentage off of China’s economic growth.

This would put China’s real growth in the years to come at closer to 3 percent. Or lower.  China watcher Gordon Chang, for one, suggests that China’s economy is only growing at around 2 percent at the present time.

At least some of China’s otherwise quiescent academics seem to be waking up from their “China Dream” to the new reality of America’s continued dominance.

Well-known economist Ren Zeping, for example, recently warned that “the U.S. will use its hegemonic system established since World War II from trade, finance, currency, military, et cetera, to stop the rise of China.”

Blaming America for China’s problems, of course, is a safe play for Chinese intellectuals like Ren. But just as it is indisputable that America’s recent successes are of its own making, so are China’s failures homegrown.

While America under President Trump is lightening the regulatory and tax burdens that have hindered economic growth, China is attempting to spend its way out of its self-inflicted economic malaise.

The only Chinese sector that has been performing well in recent years is exports, and here President Trump is determined to make the Chinese pay for its rampant cheating of the past.

The bottom line is this: The 21st century may not belong to China after all. In fact, may well turn out to be the second American Century.

Steven W. Mosher is the author of “Bully of Asia: Why China’s Dream is the New Threat to World Order”.