2 The Point News » CyberTex » A TOUGH PILLOW TO SWALLOW

A TOUGH PILLOW TO SWALLOW

Howdy again fellow TTP’ers from CyberTex.  It’s been way too long since my last column, but like many of you I have spent the last year with my chin on the floor, completely aghast at the Covidiocy, the direction America has taken, and especially the events since what was clearly a stolen election…

“Ok, Tex, what are you getting at? Of COURSE it was stolen.”

While I agree that it was, it may not have been via the cyber attacks that have dominated the headlines.  At least five main methods were used to steal the 2020 election:

Tex will leave it to other TTP’ers to discuss the first four possibilities, but I want to drill into the Cybersecurity aspect, with a focus on how (poorly) it has been argued.

Recently, Mike Lindell, the decent, genuine, and patriotic CEO of MyPillow, posted a video report called “Absolute Proof” outlining the evidence of how cyber attacks alone ensured victory for Xiden.  I encourage all TTP’ers to take the time to watch it.

Check out the video here on BitChute:

Unfortunately, Mike has several problems with his video.

First, he showcases guests who:

Second, he provides no links to any of the items his guests are presenting so that they can be analyzed for their veracity by the public.  For example, cyber geeks like me (and courts) want to see the original network traces, server logs, forensic images, etc.

While Tex doesn’t doubt Mike Lindell’s sincerity and that he truly believes what is being presented, TTP’ers should watch with a critical eye.  They should also try to do so from the perspective of your typical Democrat voter.  Would you be convinced?

Here is Tex’s impression of each guest:

Col. Waldron has nothing (on his public resume at least) to suggest he has any Cybersecurity expertise, yet he is presented as a leading expert in this area as well as election integrity.  See: https://www.linkedin.com/in/phil-waldron-3101821b/

If he has this background, he should be able to prove it, even if some of the work was classified while he was in the US Army.

His second guest, Russell Ramsland, works at a firm called “Allied Security Operations Group” (https://asog.us/election-fraud) that appears to be a Cybersecurity investigation firm, but he has no such expertise and should not have been presented as an expert to the courts.

Search for his name here:

And how he embarrassed himself and Trump here:

While this website clearly leans Left, we TTP’ers need to understand that these kinds of issues discredit the potentially accurate and factual things Mr. Ramsland may be saying. His staff at ASOG should have been presented to the courts (and in Mike’s video) as expert witnesses, not him.

They are located in a small office here:

Now Tex is a supporter of small business, applauds entrepreneurship, and loves that they are in Texas… but you’re telling me the Trump team couldn’t find anyone else in the industry more well known to tackle this?

Mike then presents “Dr. Shiva”, who has had his own credibility issues (claiming to have invented “email”, by writing a program in high school called “EMAIL”) and at minimum has had his election analysis disputed:

His credentials are impressive, with multiple degrees from MIT, and the story on him claiming to have invented email could have been overblown or conflated with the fact he named his program EMAIL.  However, when he was introduced in this video, it would have gone a long way with skeptics to have used this opportunity to say, “Well I wrote an email program in high school of that name, but no I didn’t invent email itself.”

It would have shown some humility, and greatly increased his credibility.

More importantly, he doesn’t address the many critiques of this work, and the charges that this is all a mathematical “parlor trick” to get back at the fact he lost his own bid for public office in Massachusetts.

Now this guy is credible:

He has the easily-verifiable technical background in IT, and he leverages this in this account of what he witnessed as a poll watcher in Michigan. Why wasn’t he presented first, to capture the attention the viewer?

Ms. Carone also has genuine qualifications, such as being a Certified Ethical Hacker and having some IT experience, but with some legal troubles of her own she doesn’t make the best witness.  It also doesn’t help that she has been so horribly treated by the media and made into a meme.

Funny how the Left who believes in “empowering women” is always the most misogynistic:

When was the last time you saw an article in a mainstream publication attempting to disqualify a woman’s legal testimony based on her sexual history or work as a model?  Never if she’s a leftie, par for the course if she’s conservative, right?

And never mind that none of this has anything to do with her credibility as a witness, passionate and unusual though her testimony was, to the point Giuliani had to reign her in.

All that said, the people who need convincing that fraud and cyber attacks occurred needed to hear from a better mouthpiece.

Mr. DePerno is another guest who should have been near the beginning of the video.  He is a very experienced attorney in the state of Michigan, with a great local reputation.  His law firm and a copy of the forensics report he discusses in the video are here:

Unfortunately, this “report” isn’t one.

It’s a summary of the report created by Mr. Ramsland’s Allied Security Operations Group.  Where is the original, detailed report?

Also, while he might be a great attorney, Mr. DePerno is not a Cybersecurity expert.

Why is he discussing this summary?  Maybe he is trying to protect the privacy of ASOG employees, but if that were the case why not just say that?

Tex only went to a year of law school, but even he knows that the courts will require:

Otherwise, the court is likely to throw out the case, especially if the judge is biased by his or her own politics.  This is precisely what happened in Michigan and in the other battleground states.

Ms. Fanning is not someone Mike should have invited to his video.  She is best known for co-writing a book called “THE HAMMER is the Key to the Coup”:

Her main source is a man named Dennis Montgomery, who has been involved in several con jobs, including defrauding Sheriff Joe Arpaio and the Department of Homeland Security during the Bush administration:

A quick “Duck Duck Go” search brought this information, much less the critical links a Google-based search provides.  Why did Mike not do this?

However, in regards to what is presented in the video, Ms. Fanning presents charts with what appears to be a formatted network trace and summary of exploit attempts.

But Tex asks again…From where did she get this data?

“C’mon Tex, give her a chance! This appears to be the smoking gun!”

Alrighty, well let’s dive into the details for a moment.

First, she shows an Internet Protocol (IP) address that is indeed from China: https://www.whatismyip.com/219.133.0.1/

Second, she shows that the Media Access Control, or MAC, address doesn’t appear to be coming from a real network device.

A quick search can show this is true, meaning it was generated by software:

“No vendor for this MAC: ce:29:ee:c3:0a:fc. This MAC can be transmitted when a device is not associated with an access point. In this case, it can be considered randomized.”

This site also confirms it isn’t a legitimate network device:

This can happen when using a VPN, or when an attacker wants to obscure their origins even further.

So, could this be evidence of an attack?

Absolutely…but there’s no link to the data, the original logs, and network traces vs. a spreadsheet-like version that could have been fraudulently created by anyone.

Finally, she shows a very nice animation of attacks from a “surveillance system” coming in from overseas at 1hr 43 minutes into the presentation.

What “surveillance system”?  Where is the raw data used to create this animation?

There are many tools like this in the industry, but all are backed by data that can be authenticated as legitimate when logged, as well as having been unaltered after being recorded.

Despite his impressive service in the US Air Force, LTG McInerney is again not the kind of “witness” you want on a program designed to convince and unify the American people on this issue.

While “Politifact” is as accurate as The National Enquirer  and as unbiased as your average university professor, we TTP’ers need to understand that this is what half the country believes:

Maybe the general has inside information and has chosen to leak it in the name of saving our Republic.  If so, he is a national hero on top of his 400+ combat missions in Vietnam.

However, why invite on a guest who doesn’t have the reputation needed to convince the skeptics, and who again, produces no sources nor copies of the evidence presented earlier?

Mike’s last guest is impressive, a former Deputy Assistant Director of the Counter-terrorism Division of the FBI:

In Tex’s opinion, he should have been the first guest!  Mr. Turchie makes the very good point that all of this should have been presented in court.  But because of bias or poor presentation, hardly any court heard the evidence.

To conclude, it doesn’t matter that the facts of these investigations may be 100% true. Because…

If you cannot present to a court credible, expert witnesses AND the evidence to backup your case they will never be taken seriously by the very people who need to be convinced – unbiased federal judges.

Now that the election theft is over and Xiden fraudulently in office, we must see that evidence for ourselves.

Mike needs to post all sources of his work and that of his panel of experts, so that they can be independently scrutinized. He’s probably on the right track, but without the kind of sources, cyber forensic proof, and sworn affidavits that can stand up to cross-examination and peer review this will never be believed by persuadable Democrats (they exist), the Independent voter, and indeed by many Republicans.

If after examination, it is proven cyber attacks did not occur enough to change the outcome of the election, we Trump supporters should be the first to own that, disavow charlatans, and move on.  If it proven they did, we must never allow it to happen again. 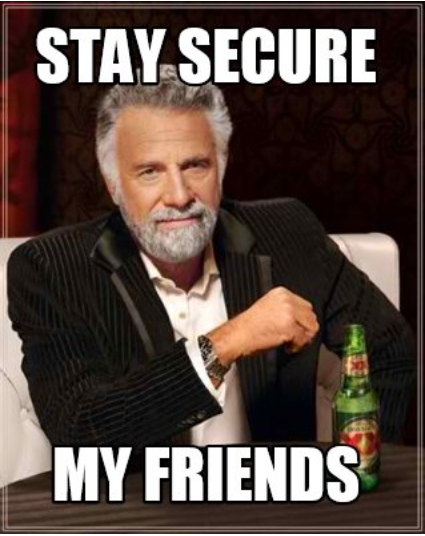 Tex Manchester is TTP’s world expert on Cybersecurity. He travels the world advising Fortune 500 security executives and professionals on how not to be on the news.  However, he is even more passionate about helping everyday people protect themselves in today’s connected world.