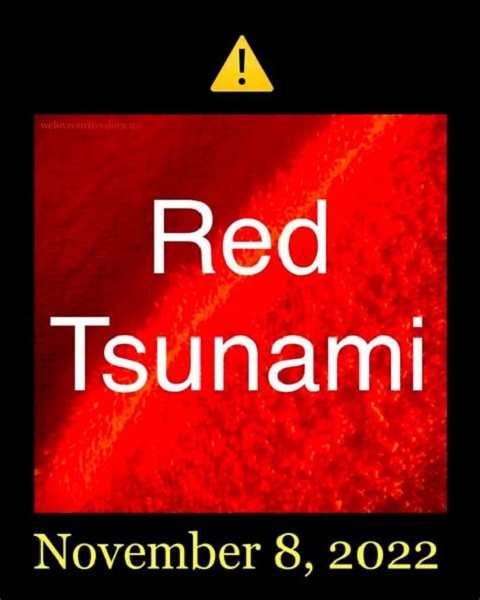 America has had enough of the disastrous leftist policies of the Biden Administration. We must return to America First policies.

After American voters clean Biden’s Democrat henchmen out of the United States House of Representatives in November’s elections, they will want to see action on the part of incoming Republicans.

It isn’t enough for Republicans to remind voters that Democrats have lost their soul as a party. Republicans must have an affirmative, positive platform that can be implemented. The plan must enact real policy changes while rolling back Biden’s harmful initiatives.

We need an America First Plan, a new contract with America.

The 1994 Contract With America was successful in setting forth several policy initiatives upon which the vast majority of Americans agreed. Americans voted overwhelmingly to sweep out Democrats whose policies undermined them, and gave Republicans the chance to clean up the mess.

If the Republicans gain the U.S. House in the November elections we will have the opportunity to act in a divided government.

Our America First Plan must contain three sections: a brief assertion of positive policy initiatives—with legislation ready to go, a plan of how to achieve the objectives, and a list of the oversight actions that Republicans will take when we control committees.

The America First Plan must reduce inflation while encouraging job creation and higher wages. And reducing inflation begins with congressional fiscal restraint, and ends with a restoration of American energy independence.

The new contract will secure our border against illegal immigration and drug, human, and sex trafficking. Trump-era policies that had brought operational control over the border must be reimplemented.

We must also ensure educational freedom. Make parental choice in education the standard for school policies. While the federal footprint in education must be reduced, we must incentivize transparency in curricula, teaching materials, and decision making in education.

Americans are angry because of the increase in crime all over the nation. The America First Plan must prevent the defunding of police by ensuring that federal money for law enforcement only flows to those states, cities, and towns that adequately fund the security of their own people and uphold the rule of law.

Since the Bush v. Gore election, Americans have questioned the veracity of our elections. We must ensure election integrity by protecting state authority over our elections, making it hard to cheat, and restoring trust in our republic.

Big Tech censorship and invasion of privacy requires that our America First Plan remove liability protections of Section 230, and facilitate enforcement of antitrust laws against these companies.

The inept and clumsy Biden Administration reminds us that our plan must advance an America First approach to foreign policy, energy policy, and trade policy by focusing on the needs and goals of Americans—not the perceptions of foreign or domestic rivals who would have us devalue our own lives and beliefs in service of their ideologies.

Congressional oversight over executive agencies and our own institutions must be incorporated into an America First Plan. And that means we need to organize now to preserve evidence related to everything from the origins of the COVID virus and insider stock trading by members of Congress to the abuses and overreach of the federal police apparatus against everyday Americans.

Oversight doesn’t end with committee investigations, where necessary referrals for prosecution must be made.

Some high-level officials have forsaken their oaths to the Constitution. They have committed high crimes and misdemeanors and must face constitutionally prescribed remedial action.

Finally, even though Biden will want to veto corrective Republican legislation that will enact our America First Plan, Republicans must use all leverage points to advance the plan.

We will have to use all “must have” pieces of legislation advanced by the Biden Administration to obtain our objectives. No more wasted opportunities.

For instance, we should use the budget and the budgeting process to defund radical Biden executive actions and use all available leverage to secure policy victories.

Andy Biggs, a Republican, represents Arizona’s 5th Congressional District in the U.S. House. He is chairman of the House Freedom Caucus and serves on the Judiciary and Science, Space and Technology committees.