2 The Point News » Guest Authors » Members Only » A PYRRHIC VICTORY IN CALIFORNIA?

A PYRRHIC VICTORY IN CALIFORNIA? 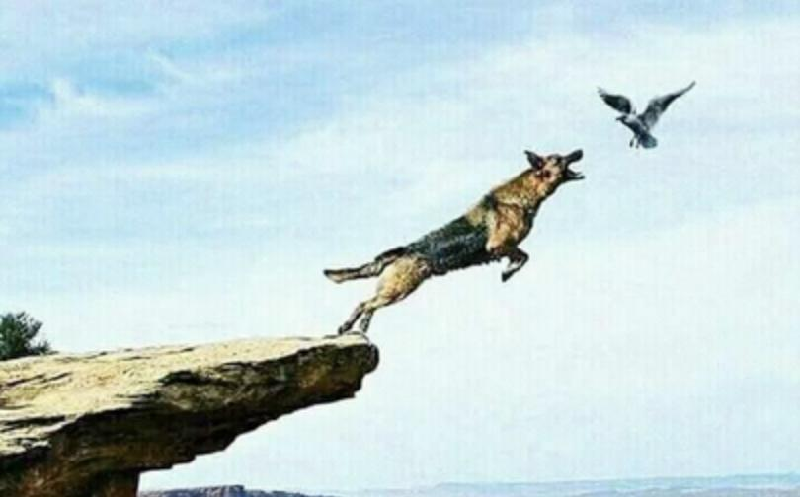 Democrats are crowing about California’s Gov. Gavin Newsom surviving his recall election, and by a 64% to 35% margin.

“‘No’ is not the only thing that was expressed tonight,” Newsom, who will now finish out his term, said Tuesday night. “We said yes to science, yes to vaccines, yes to ending this pandemic.”

“Scoring a near blowout, Newsom is likely to see his victory as an affirmation of his Covid-19 policies, as exit polls said that the coronavirus was the number one issue in the state. But it also may be a roadmap for him and other Democrats going into next year’s midterm elections, in that they will embrace Covid-19 restrictions as an electoral winner . Newsom leaned into the need for mask and vaccine mandates as a way to curb the pandemic, contrasting his position with that of Elder, who said that he would roll the restrictions back.”

Really?  A blue-state governor with a huge Democrat-registered majority somehow won his recall election?  Not a lot of news in that.  Nor is the breakdown — the rural counties voted against him; the big blue coastal cities voted for him.

Democrats outnumber Republicans in voter registrations 40-25, and Democrats who’ve been elected have made the state a shambles for decades.  Rolling blackouts, high energy prices, wildfires, unchecked crime, and homelessness have all become a way of life in California.

Republican voter registrations have declined because a lot of Republicans have fled.  So not that big a surprise that Newsom won.  Democrats shouldn’t count on this as a national model.

Newsom in fact ran an ad hominem hate-Elder campaign, painting him solely as “Trump,” and unfortunately, Elder could not fight it.  Newsom had cash from his billionaire patrons across the country that Elder could not match, as well as the support of the entire Democrat political machinery.  Newsom also had unions working hard to increase turnout, which means he’s got favors to repay.

Elder also had other significant disadvantages, starting with his status as an outsider.  Worse still, he distanced himself from Trump early on.  That deprived him of political muscle even as he was painted with the “Trump” brush, leaving him the worst of both worlds.

Newsom had the entire Democrat establishment backing him, starting with Joe Biden and Kamala Harris.  While those politicians are unpopular generally, they do hold powerful office, signaling to voters that Newsom had political power.  That is attractive to some voters repelled by political weakness.

Elder had none of that as he distanced himself from Trump and was all by himself.

He also was hurt by the cash disadvantage, meaning he was not able to match Newsom’s nonstop ads on television, radio, and the internet.  Don’t even get into the bad media behavior adding to his problems, most of all from the Los Angeles Times, which magnified Newsom’s reach.

What’s more, recalls had been done within voters’ lifetimes, so there was no novelty in them.  The Newsom argument that this was no way to run democracy had to have resounded on all sides, even among Republicans.  Elections remain the most acceptable way to do this, not recalls — at least, not recalls without gargantuan majorities in the bringing of them.  (Currently, it takes only 12% of voters to enact a recall.  The number should be at least 51%.)

That Newsom is facing an actual election in just one year might have made voters on many sides opt to keep him.

“As the campaign progressed, Newsom seemed almost apologetic about his negative campaigning and has said he will run more on his record in the regularly scheduled gubernatorial election next year.”

Another issue was whether Elder was the best choice for the other side.  The last recall, in 2003, which succeeded, brought a moderate, not a  conservative, Arnold Schwarzenegger, to the fore.

I once attended a UCLA conference where the leftists described firsthand how they rolled him into supporting the left-wing agenda simply by getting him drunk.  It was bad.

Elder, though he is articulate and well spoken, as well as a South Central Los Angeles native, could not shake the image of outsider, with those bad memories of the last outsider, and all the while, the demonizations that came of being conservative.

A moderate with experience, such as former San Diego mayor Kevin Faulconer, who was skilled at thwarting the crazies in the city from doing too much harm, might have been much better.  Not only could he win Democrat votes, but Newsom would not have been able to go ad hominem at all with him.

It could have worked if Faulconer was the choice, instead of Elder.  Bill Buckley, recall, once said Republicans should support the best Republican “who can win.”  For that, Faulconer had been my first choice.

Newsom had the whole deck stacked in his favor on these matters and used it.  This analysis by Perry Bacon at the Washington Post, thoroughly left-side, is pretty good reading anyway.

All of those issues, though, can be resolved by a sharpened Republican strategy in California, and an even broader strategy nationally.  The rest of the U.S., after all, isn’t California.

Republicans, you can bet, will have at least some among them who note it.  If a candidate has to distance himself from Trump, he should offer something else, such as the capacity to win, or else the capacity to govern in a state run by crazies – and at the absolute least, not run as anti-Trump.

And if the rest of the U.S. is made up of Californians who fled as well as others who don’t want to imitate its example, then good luck using any of those lessons in a 2022 race.  Bellwether?  Don’t think so.  More likely, it’s like Elizabeth Warren winning a Senate seat in Massachusetts from Scott Brown.

If Newsom was having this kind of trouble, what kind of trouble will Democrats have in purple and red states?  As Newsom says, he’s going to have to run on his record, and we all know that nationally, that’s poison for Democrats.